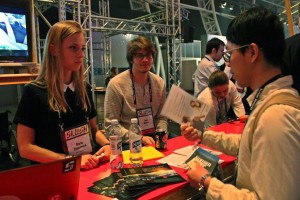 7 startups, crafted and created by Skoltech MSc and PhD students and graduates, were displayed at the Slush conference, in Helsinki, Finland. The projects are at various stages of development – some were drafts just yesterday and start taking shape, others are being actively tested, and the rest already managed to win in big contests and attract investment. Startups are focused on areas such as robotics, satellite data, e-marketing, e-taxi business. All the projects are a result of the Skoltech educational process focused at innovation and entrepreneurship studies to motivate students develop and further monetize their findings.

It’s the third time in a row that Skoltech is participating in one of Northern Europe’s biggest events for innovators and developers, interested in attracting global investors and networking with the heads of transcontinental companies. This year’s conference sees more than 15 000 visitors and 1700 participant-company registered. Skoltech projects were presented as part of the Skolkovo booth at the event. 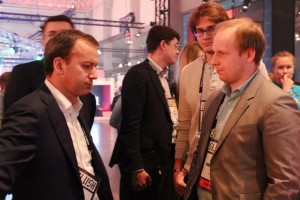 Skoltech students and graduates had their hands full with meetings with investors and answering visitors questions. One of the guests was ‎Russian‬ deputy ‪‎prime minister‬ Arkady Dvorkovich. He visited and greeted Skoltech‬ and ‎Skolkovo‬ participants and got acquainted with their ‪‎projects. Lots of people showed interest in the projects and in collaboration with Skoltech. ‘As a source of contacts for the future business development of your startup, Slush is a very useful event”, – said Boris Urman, Skoltech graduate and co-author of the Sharxi project. – According to the best European practices, this start-up meeting in Helsinki combines science and business – the alpha and omega of any innovator’.

These Skoltech projects presented at the Slush exhibition:

Astro Digital (resident of the Skolkovo Foundation) – a platform to access satellite data, which makes searching, processing and integration of satellite imagery into web and mobile applications simple, fast and convenient. Ekaterina and Astro digital were announced “the runner-up with the bold idea” in the Slush100 pitching competition, during the conference.

Tsuru Robotics (resident of the Skolkovo Foundation ) – a company, engaged in the development of autonomous quadrocopters, tiltrotor, capable of developing speed up to 150 kilometers per hour and levitate up to 3 kg. 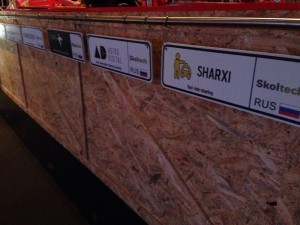 Sharxi is a mobile application for iOS and Android enabling users to book a taxi and split the cost of the trip with fellow travelers.

Agro HD is an analytical platform for agriculture, allowing to obtain information using drones and manage the processes of crop and livestock.

Open Spaceware is an innovative platform on space technologies, which is also aimed at the developers of the ‘cubesat’ nano-satellites. One of the objectives of the platform is to reduce costs of space missions at least twice and to make knowledge about space technologies more accessible space.

Emoticam is a tool for measuring intensity of emotions and heartbeat rate using a web camera stream. Can be used for remote marketing analysis, engagement monitoring for online courses and media content recommendations.