Startup village 2016, the largest ‪‎startup conference for ‎technology ‎entrepreneurs in ‪‎Russia and the CIS, was opened today to welcome thousands of innovators, entrepreneurs, investors, and plain tech enthusiasts from across Russia and the world. This two-day event is held for the fourth time, and is the final stop of the Russian startup tour 2016. 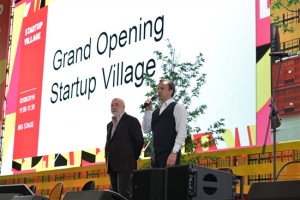 Deputy Prime Minister Arkady Dvorkovich, Chairman of the Skoltech Board of Trustees, and a member of the Skolkovo Foundation board of trustees, took to the main stage to open the Startup Village and welcome the audience of entrepreneurs from all over Russia.

“My colleagues and I went around Russian cities during the last four months and found hundreds of wonderful projects,” he said. “Thousands of projects were submitted, and that shows that we are moving forward, and that you are joining in with the initiatives that are coming out of Moscow and that it is happening everywhere.”

After Dvorkovich, it was Skolkovo Foundation president Viktor Vekselberg, who said it was an emotional moment to see so many people gathered at the innovation center, which was founded just six years ago. “We encounter all sorts of different problems, when we have to go around different offices to prove what we are doing, why we’re doing it, and most importantly, who it’s for, and often I see either distrust or a lack of understanding, or a lack of willingness,” said Vekselberg, himself a highly successful entrepreneur and investor. 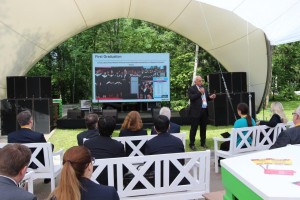 Skoltech’s part of the festival started as President Alexander Kuleshov greeted the heads and staff of more than two dozen diplomatic missions who came for the event, and gave them a short presentation about Skoltech. Another attendee at this part was Skoltech’s founding president, Ed Crawley.

Later in the day, president Kuleshov and vice-rresident for institutional and resource development, Alexei Sitnikov, took the time to hold an excursion in Skoltech labs to Herman Gref. Gref, who is the CEO and Chairman of the Executive Board of the largest Russian bank Sberbank, and formerly a member of Skoltech’s 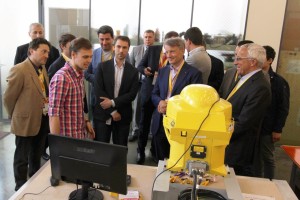 board of trusties, was accompanied by another distinguished guest, Sergey Kravchenko, president of Boeing Russia and CIS, who said: “We are looking forward
to work with Skoltech”.

We are already looking for the second day! 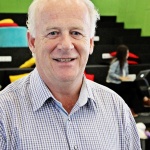 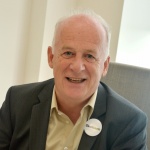