The phrase “The Devil is in the Details” is frequently used to mean that the essence of a particular item being considered is often hinted by the visibly non-evident details. 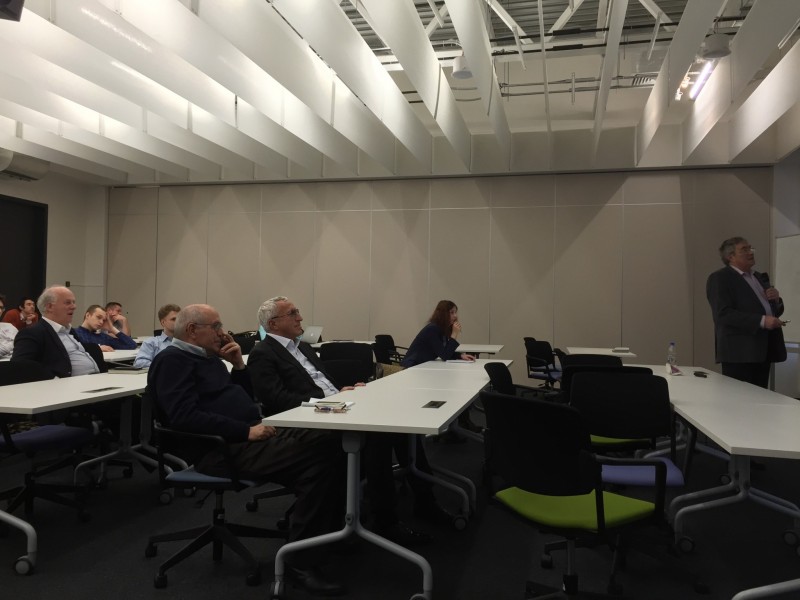 This semester at Skoltech and MIT, there shall be a joint course entitled ‘Space Sector’, taught by Skoltech Founding President and MIT Ford Professor of Engineering Edward Crawley. The aim of the course is to acquaint students with an understanding of the kind of details in the aerospace industry that are often concealed by the “devil”, which result in the launching of some projects to unreachable heights, and in the same way, in the imminent destruction of others. 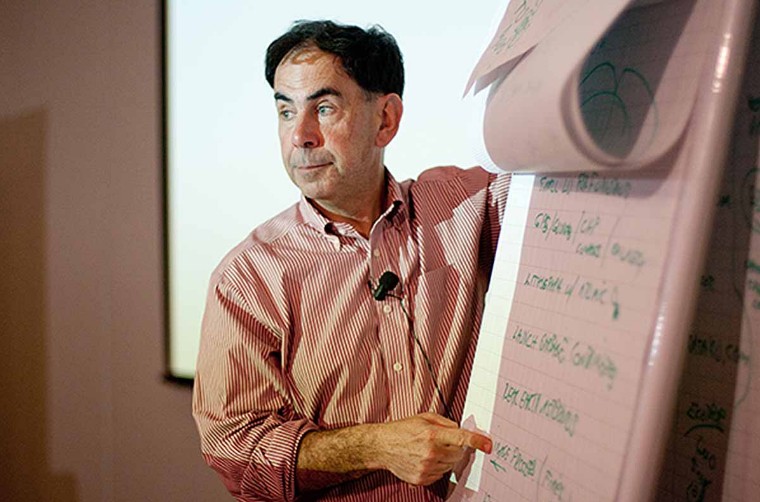 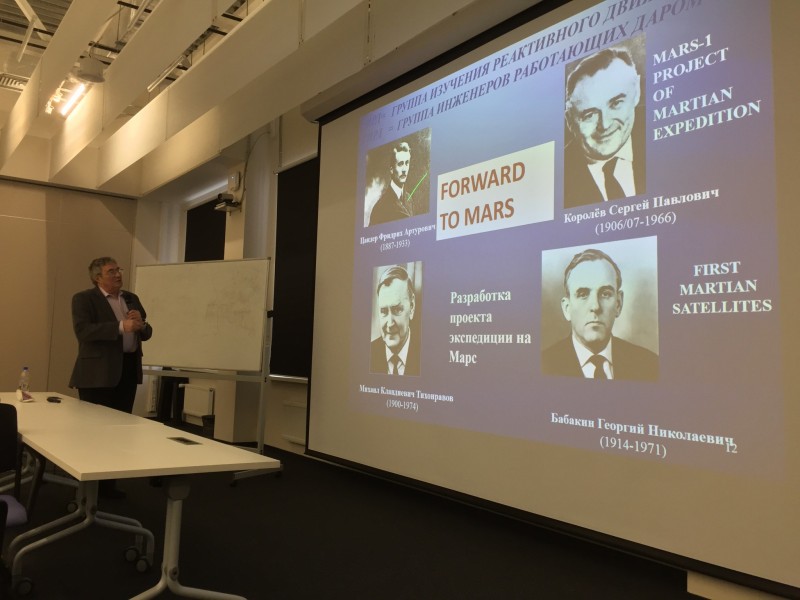 Within the course students shall be expected to study the different sub-sectors of the aerospace industry, that is, Earth observations, space telecommunications, human spaceflight programs, space medicine, satellite manufacturing, and space launch market. Knowledge of the key activities within each sector, the technology used (TRL), the key companies involved, as well as the limitations, shall all be transferred on a firsthand basis. Professionals from among the former or acting leaders of the NASA, Roscosmos, and ESA, founders of aerospace companies, and heads of the world’s leading research organizations are expected to arrive at Skoltech and MIT to convey their experiences, literally fragment by fragment, to the audience. 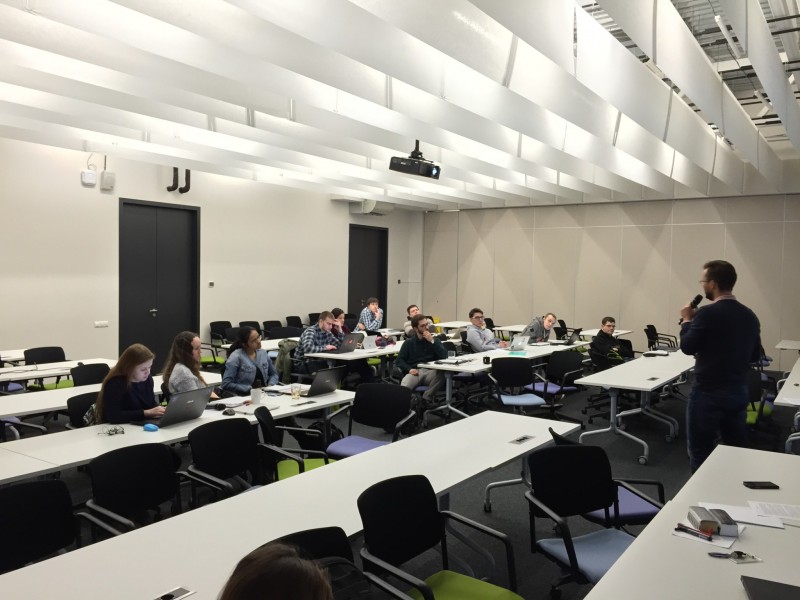 Prof. Zeljko Tekic delivering a lecture on How a firm competes

Nevertheless, this is only one aspect of the course. Denied of an outer coverage, knowledge, as it is, remains a non-systematic range of facts, suppositions and observations. Within the course duration, the course coverage is going to presuppose a whole range of key competences acknowledged internationally as the necessary skills for professionals. Taught to students, in a special report of the Davos world economic forum, the Critical Thinking discipline has been placed second among the ten key competencies to be owned by professionals by the year 2020. In addition to this, students are also expected to study the foundations of System Thinking and to take part in the special Value Chain Analysis game using an aerospace project as an example. The students will also learn how, by using the financial figures in the annual reports submitted by publicly-held companies, one can draw conclusions on the activities of the respective organizations within the reporting period, and thus determine where lie the “devils” while reflecting the financial details of aerospace projects. It might be interesting to know how the aerospace companies are, in fact, developing – not from press, rather from facts. 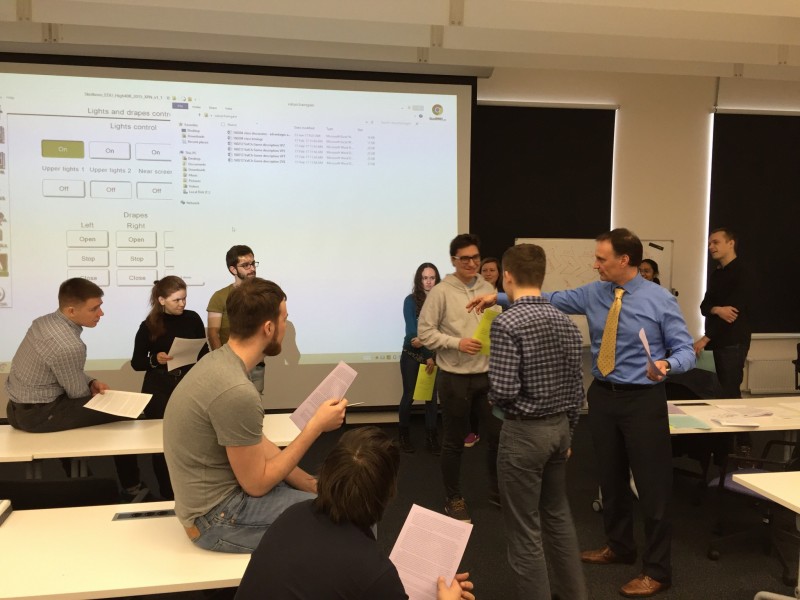 Skoltech and MIT students may apply such knowledge to carry out practical tasks within the course framework, as well as carrying out a discussion as part of an HD audio-visual session between Skoltech and MIT during the lectures.

In times of rapid technological changes around the world, we need a holistic way of thinking to understand the world around us. We hope that ‘Space Sector Course’ will become a cornerstone that will shape a foundation for systems engineers and systems architects on the issue of their understanding of the structure and functioning of the projects in space as complex systems immersed into the surrounding context.

This article has been prepared by members of the Organizing Committee of the ‘Space Sector’ course:

Some facts about ‘Space Sector’ Course