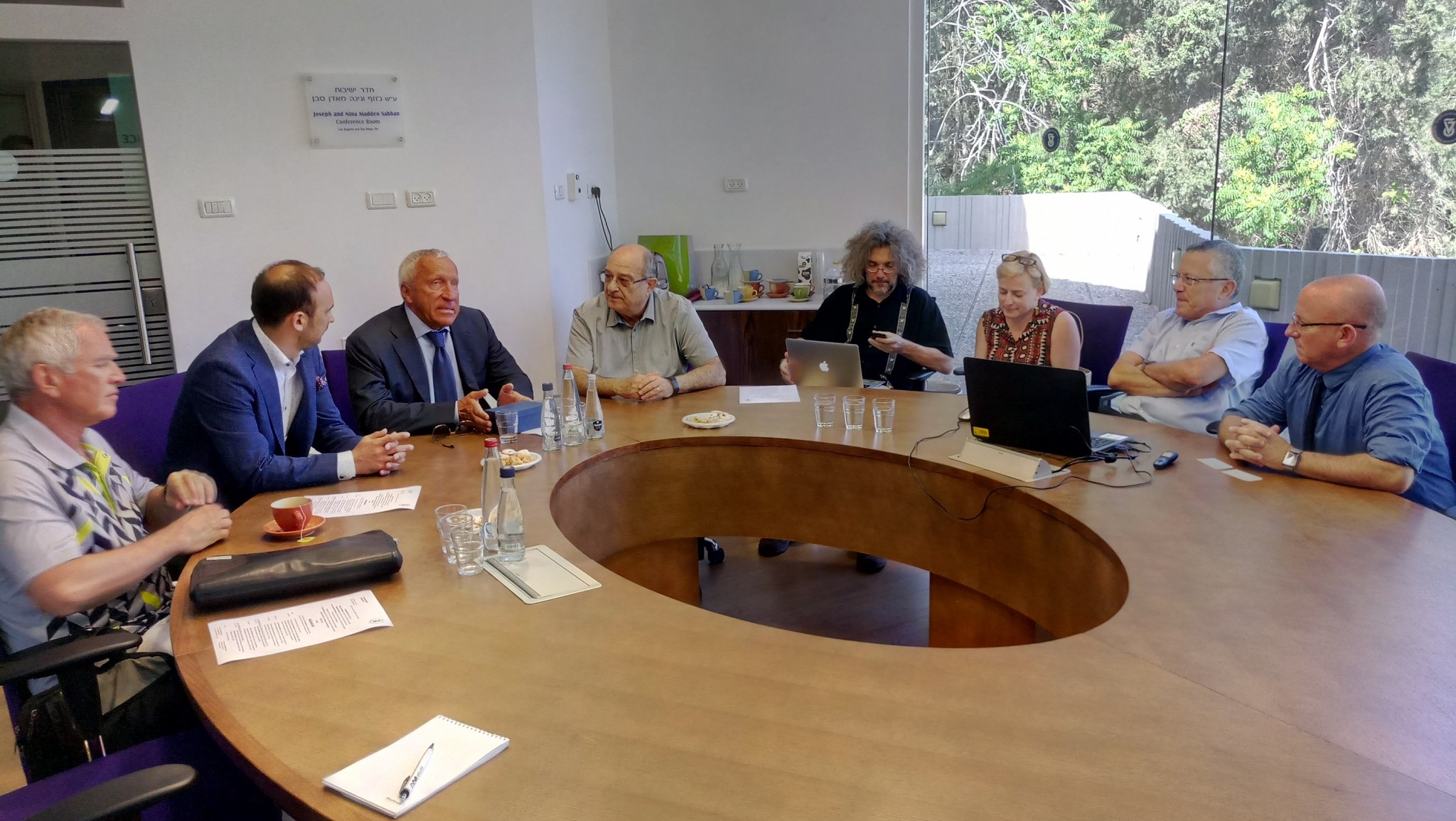 The Skoltech delegation meets with their counterparts from Technion. Skoltech President Alexander Kuleshov is pictured third from the left and Technion President Peretz Lavie is to his right.

A Skoltech delegation led by President Alexander Kuleshov visited three of Israel’s top universities to lay the foundations for an agriculture track at Skoltech and to establish cooperation in other areas.

Despite water scarcity and limited land resources, Israel’s agricultural sector is flourishing, thanks in large part to a thriving R&D sector and a knack for developing cutting edge technologies. The country is known the world over for its wealth of technological innovations; in the 2017 Bloomberg Innovation Index, Israel ranked first with respect to researcher concentration, second for R&D intensity, third for high-tech density and tenth overall

After a visit with Israeli Prime Minister Benjamin Netanyahu in November 2016, Russian Prime Minister Dmitry Medvedev displayed optimism about a potential collaboration with Israel’s agricultural sector. “Russia has unique conditions for [the] development of agriculture and Israel has perfect technologies. If we jointly use these resources, we can reach excellent results,” Medvedev said in comments carried by Russian news site Sputnik International.

In the interest of fostering academic ties between Russia and Israel in the field of agriculture, the Skoltech delegation visited the Weizmann Institute of Science, Technion and Tel Aviv University (TAU), all of which have leading agricultural studies programs. In addition to Kuleshov, the delegation included Alexander Safonov, Vice President for Academic Development, Konstantin Severinov, Professor and Director of the Center for Data-Intensive Biomedicine and Biotechnology, Grigory Kabatiansky, Advisor to the President for Science, and Ido Nativ, Community Communication Manager and Skoltech’s coordinator for Israeli universities.

The group started at the Weizmann Institute of Science, which is known for its world-class graduate and post-graduate programs in exact and natural sciences. Its current and former faculty members include three Nobel laureates.

Next, the Skoltech group spent two days visiting TAU, Israel’s largest and most comprehensive university, and home to the Manna Center Program for Food Safety & Security, which aims to advance food security through education, research and outreach.

In 2017, four of their counterparts – Renata Ialchina, Svetlana Korinfskaya, Ekaterina Kondratyeva and Elena Fomenko – will follow suit. In accordance with Skoltech’s philosophy, students are expected to spend at least two months working with companies on projects in their field of study that will have a real-world impact. Toward that end, this year’s group of Skoltech students will combine the summer course with industrial immersion in Israeli agricultural high-tech start-ups.

While Ialchina, Korinfskaya and Kondratyeva will return to Moscow at the end of the summer, Fomenko will stay in Israel for the whole of the next academic year. She will spend that time working on her thesis in the laboratory of Professor Udi Qimron of TAU’s Department of Clinical Microbiology and Immunology under joint supervision by Professor Severinov.

During their first day on campus, the Skoltech delegation met with TAU President, Professor Josef Klafter, with whom they discussed matters of faculty recruitment.

The following day, they met with Professor Daniel Chamovitz, Dean of the TAU Faculty of Life Sciences and Professor Nir Ohad, Director of the Manna Center, to discuss a curriculum Skoltech could implement for an agricultural studies program with help from the Manna Center faculty.

The delegation wrapped up their Israeli university tour at Technion, the oldest university in Israel and home to three Nobel laureates in Chemistry, the delegation met with Professor Peretz Lavie, President of the institute, Professor Wayne D. Kaplan, Executive Vice President for Research, Professor Boaz Golany, Vice President for External Relations and Resource Development, Mr. Rafi Nave, General Manager of the Bronica Entrepreneurship Center and Ms. Talli Zahavi, leader of the “Seeds of Innovation” program at the Technion’s Knowledge Center for Innovation of the Faculty of Industrial Engineering and Management.

The groups discussed the prospects of faculty and student exchange programs. The Skoltech delegation also gained insights from their Technion counterparts on matters of agricultural innovation and commercialization. 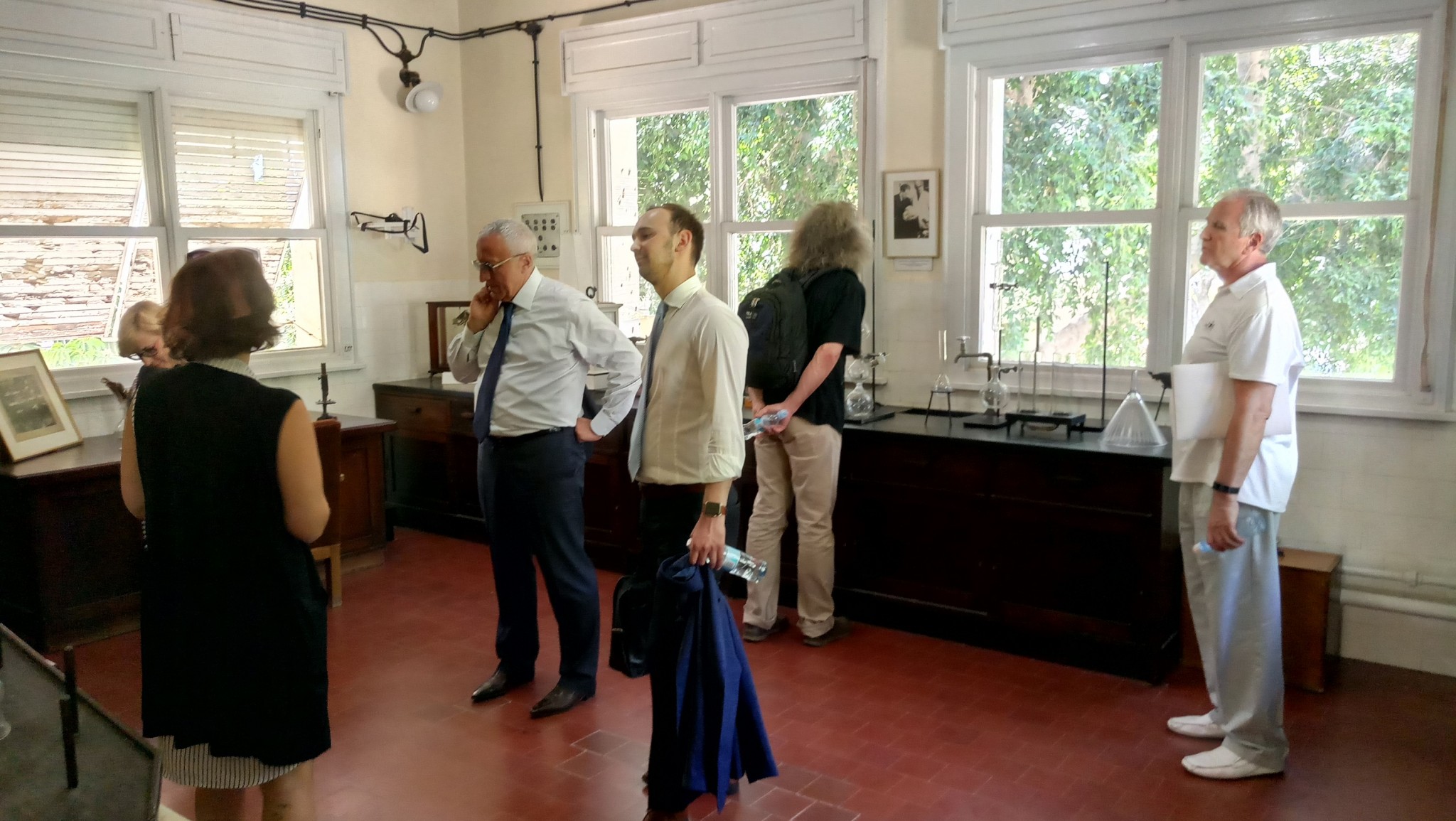 The Skoltech delegation visits the historic laboratory of Chaim Weizmann, the first president of Israel and founder of the Weizmann Institute of Science. 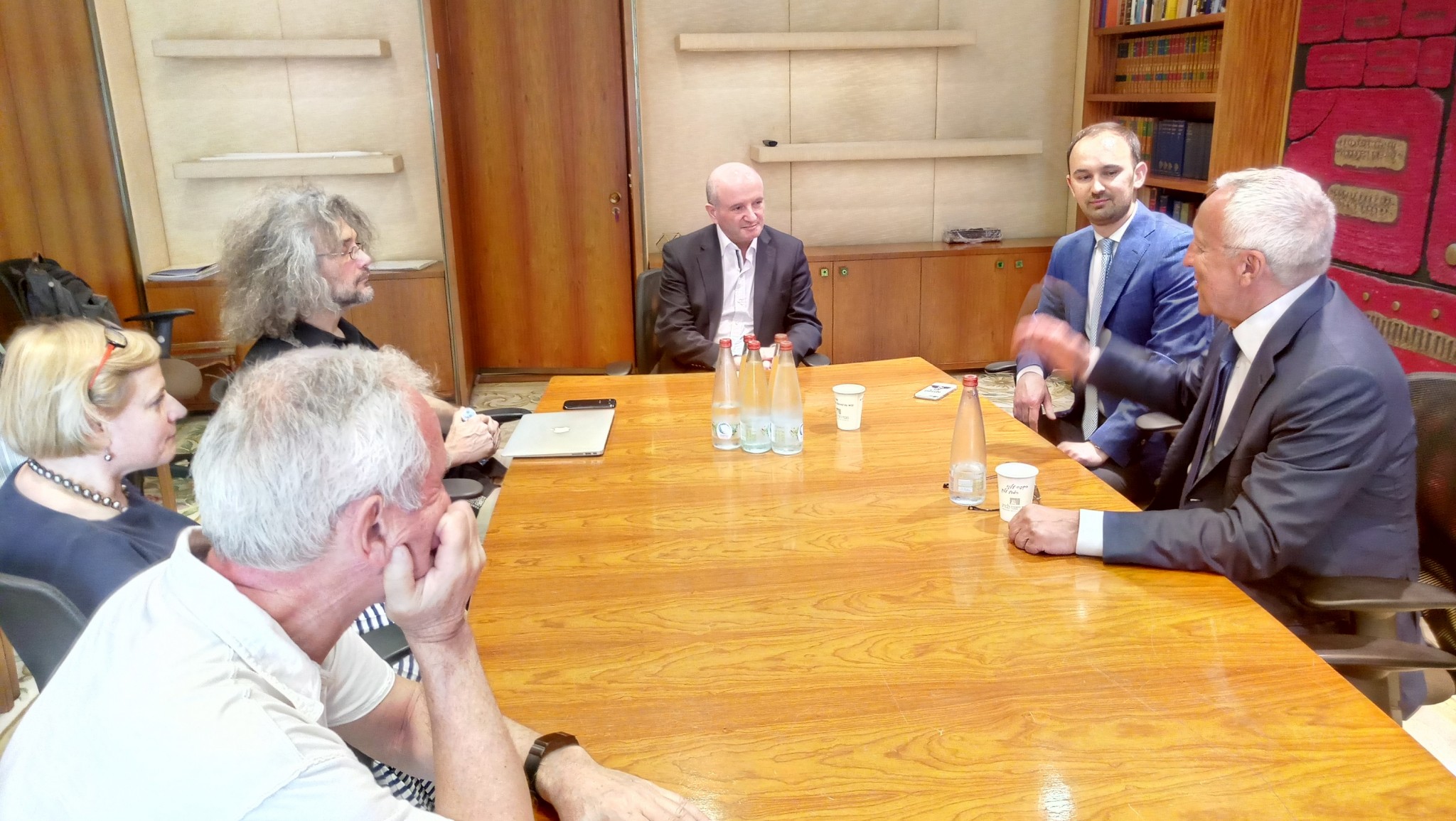 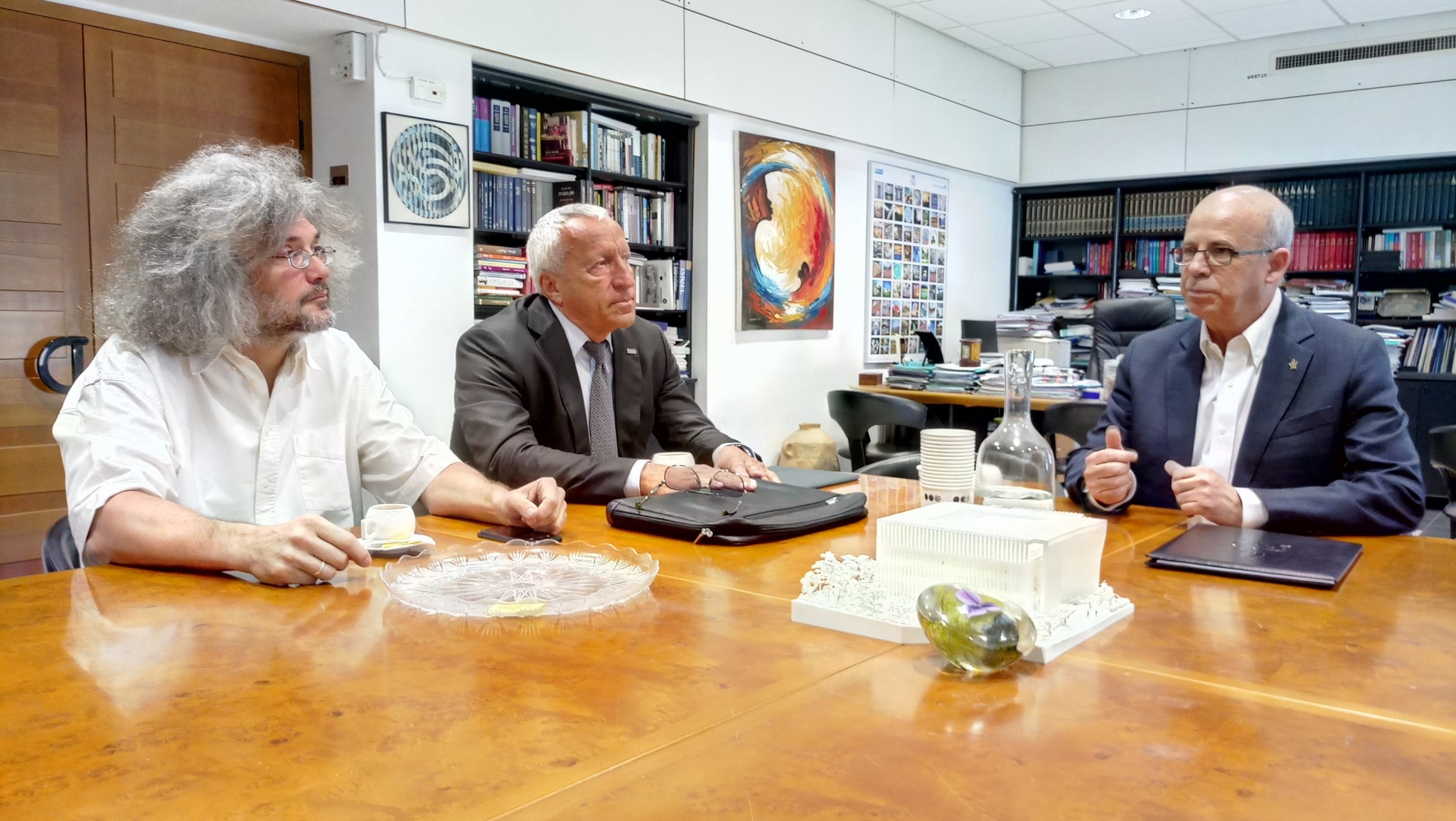