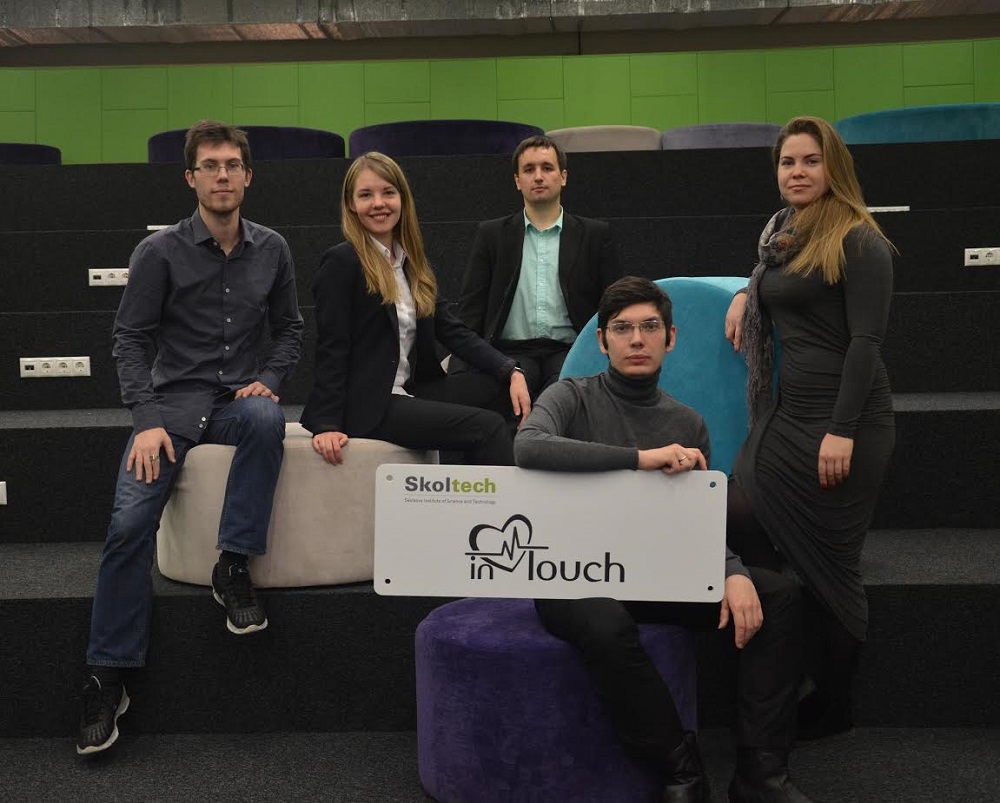 No matter where in your life you’re hoping to excel – be it scaling the corporate ladder, achieving a fitness goal or maintaining healthy relationships with your friends and loved ones – emotional intelligence can mean the difference between success and failure.

A person’s emotional intelligence is defined by their ability to identify and appropriately deal with their own emotions, as well as those of other people.

And yet in the age of social media and ubiquitous hand-held devices, countless studies have revealed that we are becoming more socially isolated and lonelier by the day.

So how are we to balance the ideal of increasing emotional intelligence with the reality of a progressively disconnected society?

Two Skoltech students have taken it upon themselves to increase emotional awareness by creating the inTouch wristband – a small, aesthetically pleasing device that can detect emotions by interpreting the wearer’s physiological signals.

And in the two years that they have spent developing the device, the inTouch team has already won a wealth of awards, praise and grant funds to further develop this product, which the founders believe will have far-reaching impacts in areas ranging from self-improvement to child-rearing, and from psychiatric monitoring to large-scale market research.

A Russian innovation born in Boston

Anastasia Stelvaga, inTouch Chief Executive Officer, and Alexander Martynov, the startup’s Chief Scientific Officer, are both in the process of earning their PhDs at Skoltech.

Stelvaga is one year into an Engineering Systems program, having already earned an MSc from Skoltech in Product Design, as well as an MSc from Novosibirsk State University (NSU) in Physics.

Martynov is three years into a PhD program in Computational Biology, having earned an MSc in the same subject from Moscow State University.

Both Stelvaga and Martynov have completed exchange programs in recent years with the Massachusetts Institute of Technology (MIT). Martynov opted to prolong his stay in the Boston area, spending a year doing mathematical modeling at Harvard Medical School’s Department of Systems Biology.

It was during her period at MIT when the product that would ultimately evolve into the inTouch wristband first dawned on Stelvaga.

“The original idea was to create a couple of wristbands for people in long-distance relationships,” she said. “So it was a romantic idea about transmitting the feeling of touch, heartbeats – just to feel closer to a loved one. That’s how it started.”

She began to work on the product with Martynov and two friends from NSU. In 2016, once they developed a fully working wearable prototype, they decided to share their invention on a broader scale by entering several scientific contests in Russia – including Innovation Radioelectronics, where they finished among the top eight of 200 competitors in September 2016.

Later that year, they were preselected by Skoltech to attend Slush, a major startup and tech event hosted each year in the Finnish capital of Helsinki.

It was around that time that they realized their invention could be tweaked and expanded to cover an infinitely broader scope of uses.

“We figured out that within that wristband, which is able to basically understand physiological signals, there is more value than we expected. We realized that we could recognize emotions based on physiology. In other words, we realized that it would be possible to create a technology to understand what we feel – happiness, anger, depression, stress, and so on,” she said. “That’s how we made our pivot.”

In December 2016, this innovation led the inTouch team to take first place in the IT track at Eureka, a competition that pits young scientists and entrepreneurs against each other to come up with the best breakthrough ideas. The Eureka prize money gave them the financial boost they needed to create a legal entity and launch operations.

The current status of the product

While several other startups around the globe are currently attempting to develop similar products – wearable devices that can interpret users’ emotions – many have faced stumbling blocks in the form of lofty promises that have proven difficult to fulfill.

A London-based startup called Vinaya, for instance, had hoped to be the first to place emotion-tracking wearables on the market with its Zenta wristband. After attracting some $271,000 via a successful crowdfunding drive, the company announced that the first batch of wristbands would ship in early 2017. But their efforts were stymied in December 2016, when the company was placed into administration before completing the development of the Zenta.

Undeterred, Stelvaga maintains that her team’s wristband is ahead of its peers in terms of its unique algorithm and the science underpinning the inTouch technology.

Stelvaga and Martynov are presently consumed with the goal of being the first to bring a fully functioning emotion-detecting wristband to market.

Martynov explained that the group currently has a working prototype, but that it needs improvement.

“The project and the value have become much bigger than what we started out with, so we need to do more research in order to achieve the fully functioning product,” Martynov said.

Until this point, the team has been fine tuning their technology by experimenting on themselves and their friends.

To increase the product’s accuracy, they are planning to conduct large-scale experiments over the coming summer months. They hope to attract at least 100 participants.

They will use a variety of methods to evoke different emotions in their test subjects, such as playing audio clips of sounds traditionally associated with feelings like joy – i.e. carnival rides – and fear – i.e. warfare. They will likewise play emotionally potent film clips.

The team will then monitor the test subjects’ physiological reactions – including cardiac rhythms and electrodermal activities – to these emotions and will use their findings to fine tune their software.

What began as a product designed to reduce the sense of solitude that tends to arise from long-distance relationships has evolved into a device with dozens of potential applications.

“This technology has an extremely broad spectrum of applications,” Stelvaga said. “We have figured out about 50.”

The product’s core goal will be to provide users with a better understanding of themselves. Users can monitor statistical overviews of their emotional experiences through a given day, week or month and compare these experiences with historical periods to better understand the situations or conditions that tend to trigger sorrow, joy, rage and everything in between.

“This can provide users with actionable knowledge, such as how a job change or other life event has affected their emotional wellbeing,” Stelvaga said. “It can also stop you from making decisions in a nervous or otherwise disrupted state.”

The team expects that the wristband will alert users of their shifting emotions in real time using subtle, individually programmed screen colors.

“You can choose your own color scheme, which no one except you would know,” Stelvaga said. “It will inform you of changes in your emotional state in a very intuitive way, such as with a slight vibration to inform you of a change.”

A few of the device’s myriad other expected applications include:

When asked about the element of consent associated with the latter two categories – that is, the willingness of users to let outsiders access their emotional responses – Martynov admitted that this is an area the company is still grappling with.

“That’s one of the puzzles that we still have yet to solve,” he said. “We are considering creating an option where users can agree to anonymously share their data in exchange for discounts or other perks.”

The inTouch team hopes to develop a fully working prototype by the end of 2017.

Stelvaga and Marynov expressed gratitude to Skoltech, as well as to their advisors, Professor Konstantin Severinov, Director of the Skoltech Center for Data-Intensive Biomedicine and Biotechnology, and Professor Clement Fortin, Associate Provost and Dean of Faculty, for their support with the launch and development of the inTouch wristband. 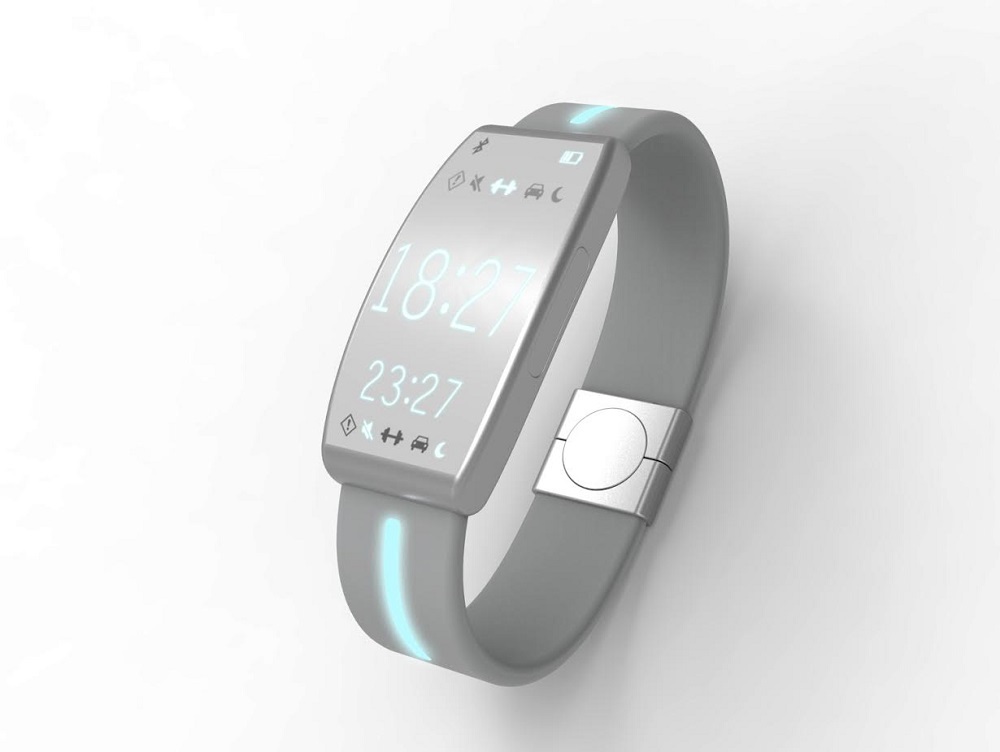 A model of the inTouch wristband, which is currently under development. 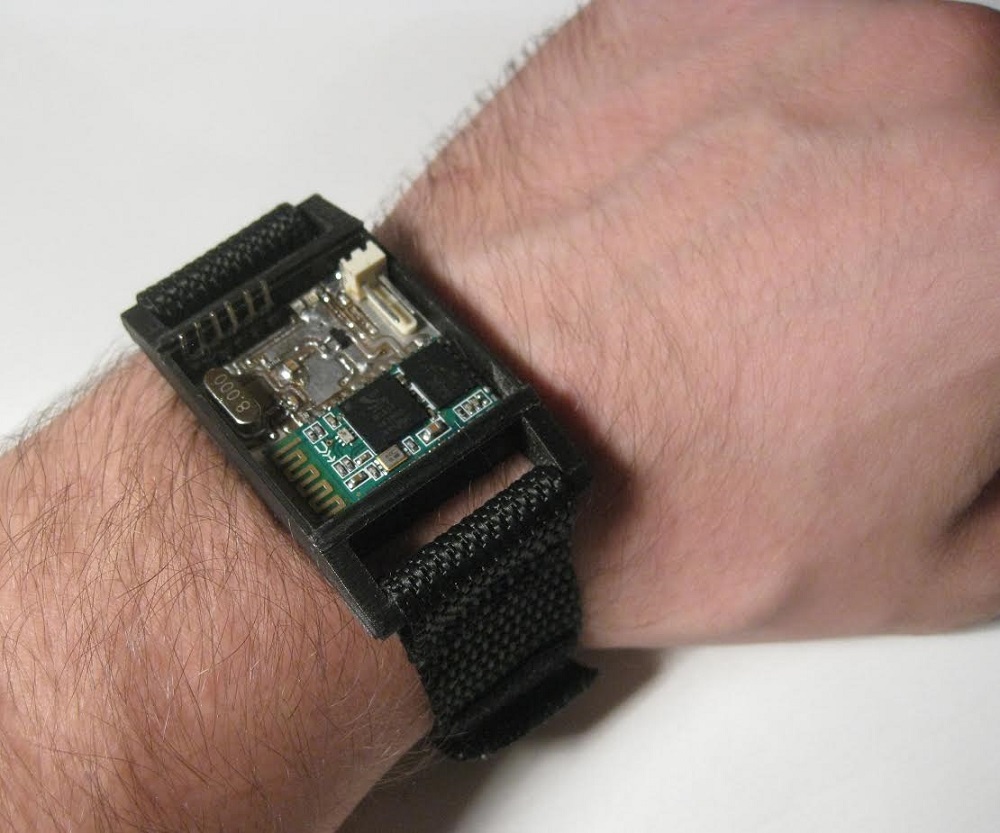 The wristband prototype in its current form. The inTouch team expects to have a fully functioning prototype by the end of 2017. 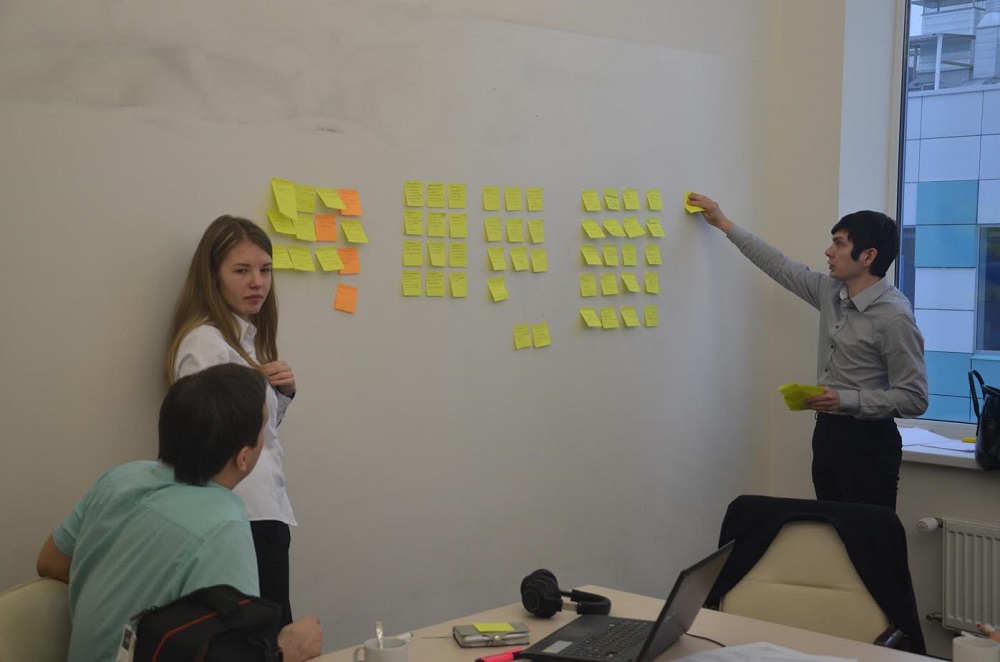 The inTouch team, hard at work. 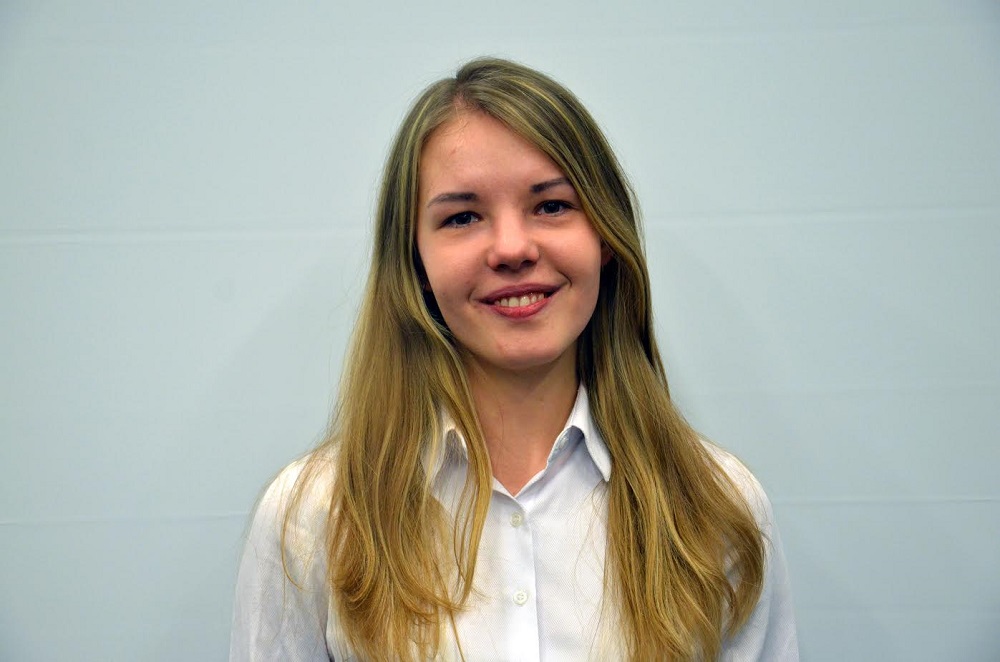