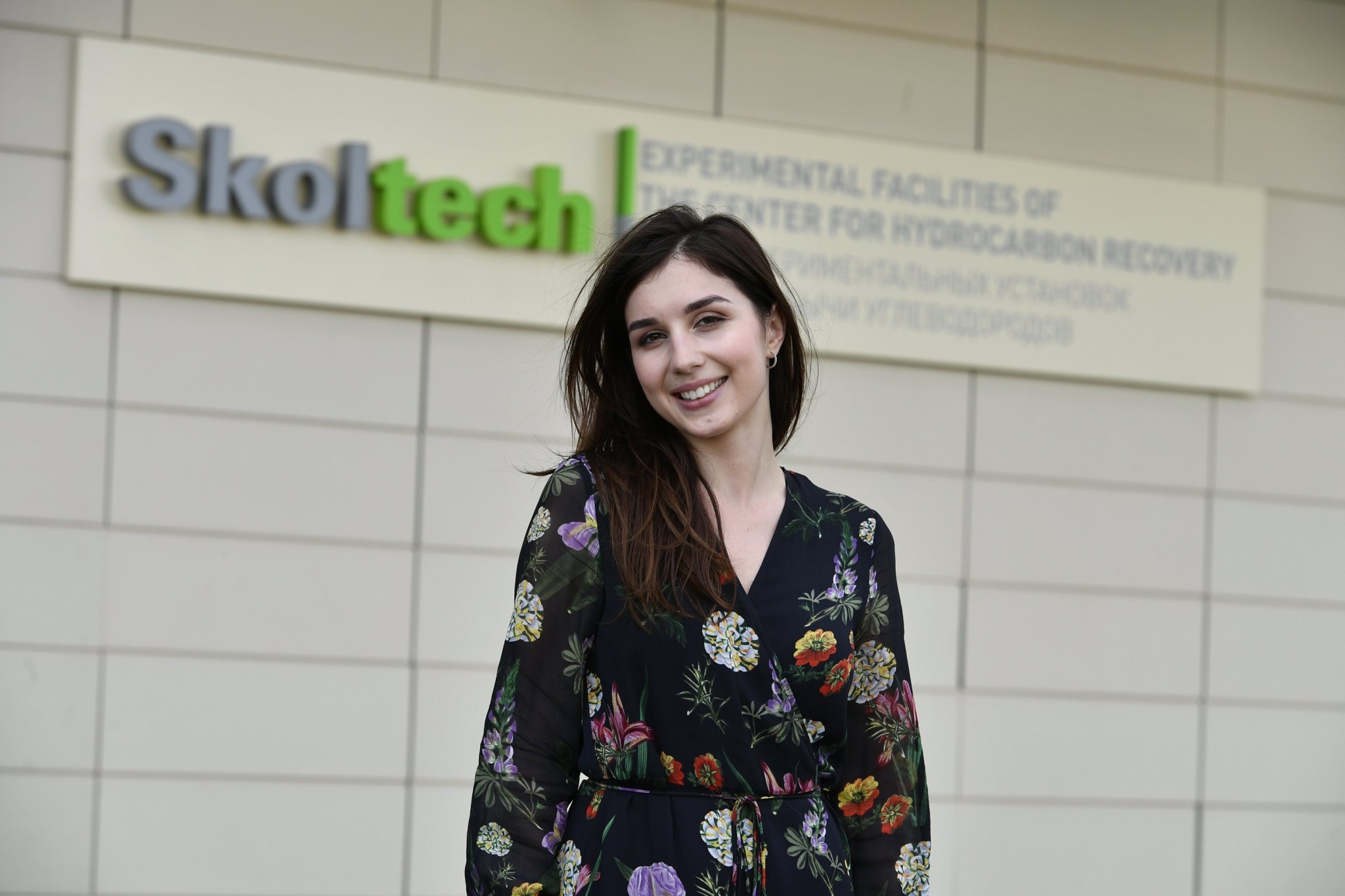 The daughter of a field geologist, Leyla Ismailova seems to have been born with an innate passion for science and a unidirectional work ethic.

By 16, she had chosen to follow in her father’s footsteps and enrolled in one of Russia’s leading university programs in Geology.

A decade later, while many of her peers were still grappling with what to do with their lives, she has already earned her PhD from a prestigious university in Germany and landed a coveted research position with Skoltech’s state-of-the-art Hydrocarbon Recovery Center.

In the interim, she published a host of articles in such prestigious international journals as Nature Communications, Science Advances, Nature Scientific Reports and American Mineralogist.

Ismailova has achieved feats in her young career that to many would seem unfathomable. We caught up with her to learn some of the secrets to her success.

Charting her course to contentment 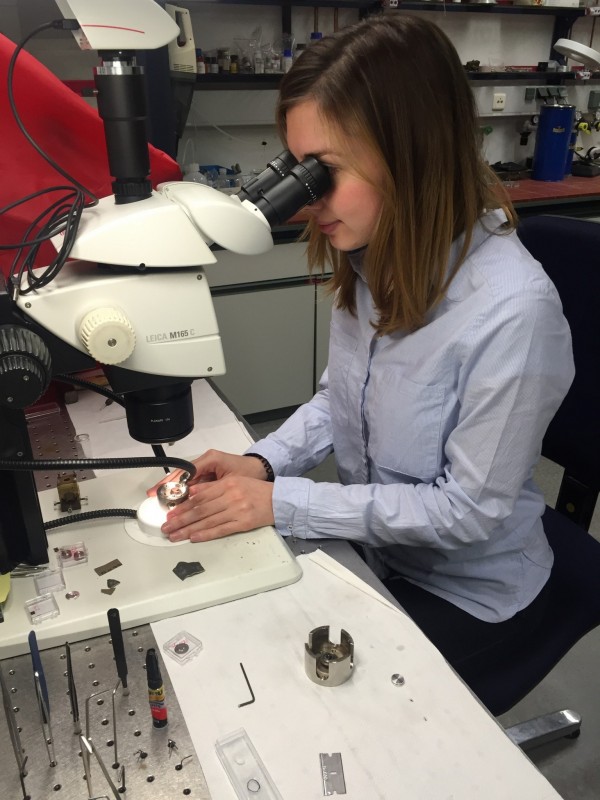 Given her meteoric academic and professional rise, one might assume that Ismailova is driven by the pursuit of fame or fortune.

To the contrary, contentment is her primary goal.

“I want to continue learning new things, be happy and be satisfied with what I’m doing with my life,” Ismailova said when asked what she ultimately hopes to achieve in her career.

“I’m still deciding whether I want to pursue a career in academia or in industry,” she said. “This is one reason I was attracted to Skoltech, because it bridges the gap between the two.”

The project Ismailova is currently engaged in is a prime example of the fusion between these two spheres.

The planned cooperation will use Machine Learning in the context of big data to help resolve areas of uncertainty that industry professionals have long struggled with, and to help oil companies make more optimal decisions, according to Skoltech Assistant Professor Dmitry Koroteev, an author of the agreement.

Ismailova will play a key role in this project, maintaining responsibility for measuring and testing the physical properties of rocks and minerals using various spectroscopic techniques

She developed the relevant skillset while earning her MSc at Lomonosov Moscow State University (MSU) – during which she focused on diamond formation – as well as during her PhD program at the University of Bayreuth in Germany, where she studied the effect of various elements on the physical and chemical properties of the Earth’s mantle.

“From a scientific point of view, what I’m most proud of in my career thus far is a project that I did during my PhD study,” she said. “We found a stable mineral in the Earth’s mantle and also showed how iron and iron oxidation states can change the physical properties of mantle.” The resulting paper can be found here.

In a subsequent study, Ismailova and her team made a groundbreaking discovery regarding the process of diamond formation near our planet’s core.

To conduct these studies, Leyla and her team simulated the conditions present deep in the Earth’s mantle. Such simulations are necessary because they’re looking for information pertaining to depths of 2,500 kilometers, while the longest drill on earth can only reach depths of some 12 kilometers.

Ismailova attributes much of her professional success to the fact that she had the foresight as a teenager to choose an academic path that she loved. 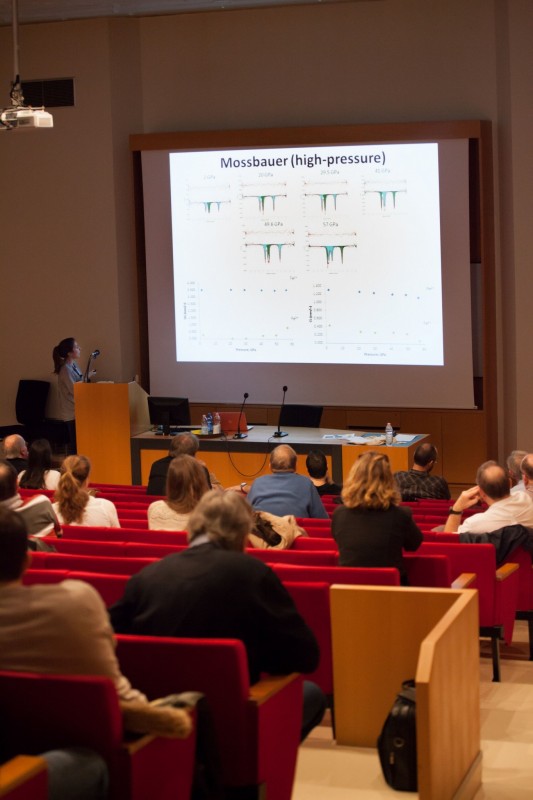 “I’m proud that I’m still following that path that I chose for myself when I was at university,” she said, explaining that many of her university friends realized during their studies that Geology wasn’t the right fit for them, and ultimately opted instead to pursue fields as diverse as fashion and consulting.

As mentioned above, her interest in Geology emerged from watching her father’s success in the field. She even pursued her Bachelor’s degree in the same faculty as him – MSU’s Department of Mineralogy.

Once there, she began studying under Professor Andrey Bobrov. His support proved instrumental to her whirlwind success in the ensuing years.

“I owe a lot to Professor Bobrov,” Ismailova said. “He was the one who taught me how to work in the lab when I was just a third year student.”

In addition to teaching her skills that would prove fundamental to her cutting edge research in the years to come, the professor paved Ismailova’s way to Germany, where she would go on to earn her PhD.

“He used his lab’s grant funds to fully sponsor my first internship in Germany. During this internship I got an offer from a German professor to complete my PhD studies in his group,” Ismailova said.

She continued to rely on Bobrov even after relocating to Germany: “I could always contact him, ask scientific questions and he would give detailed and comprehensive explanations.”

She recalls a time when Professor Bobrov visited her at the University of Bayreuth and was floored by how far she’d come since her early days as a clumsy lab novice.

“He was shocked; he told me that during my first year of university I couldn’t even hold tweezers properly and now here I was selecting micron samples under a microscope,” she said, laughing.

Beyond choosing a field they love and finding mentors who believe in them, Ismailova has some simple, sage advice for aspiring scientists: “Be interested in what’s going on around you and be proactive when it comes to taking new initiatives.” 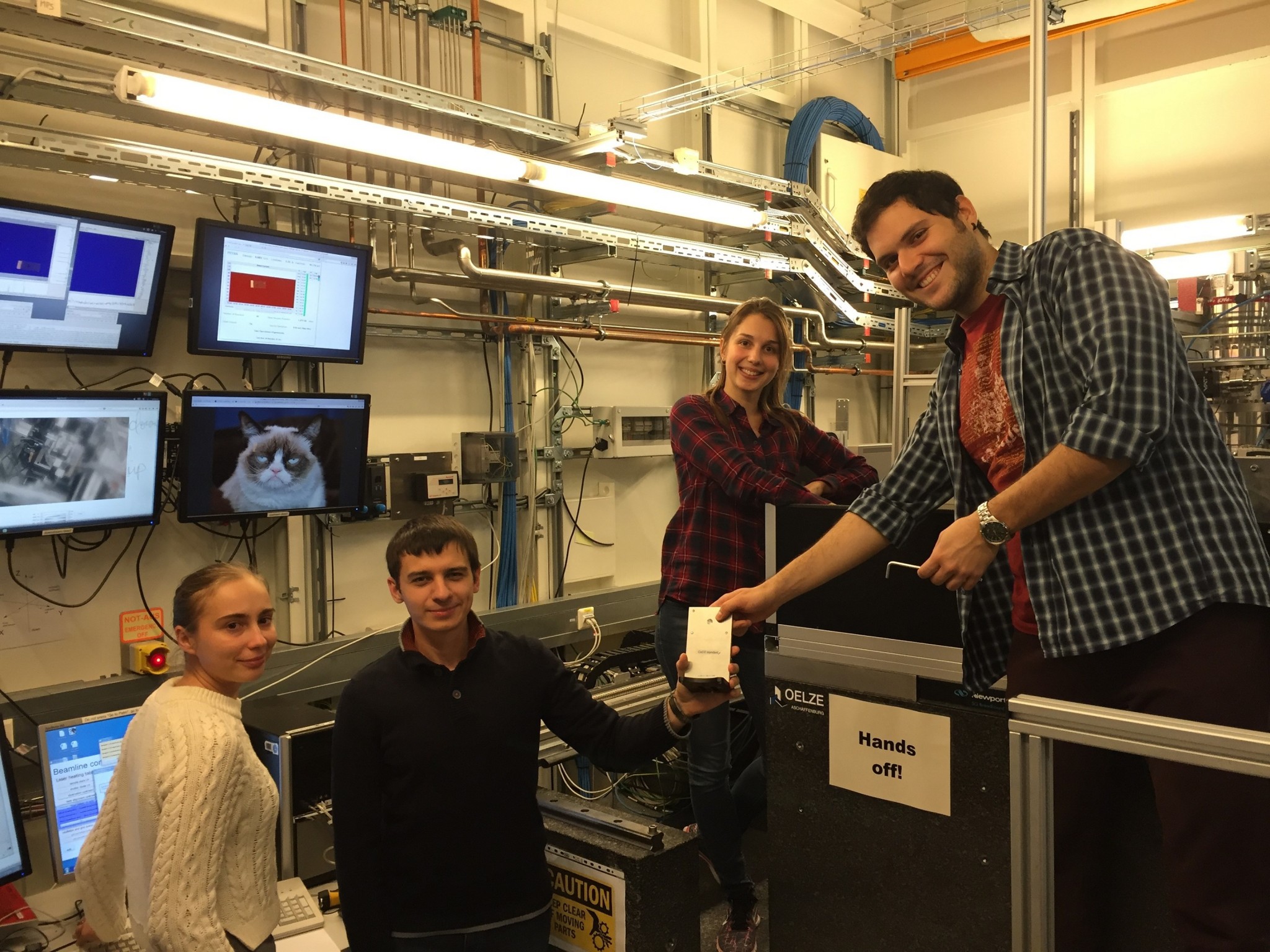 Ismailova and her colleagues working at the synchrotron at the DESY Hamburg, Germany. Photo: Leyla Ismailova // Skoltech. 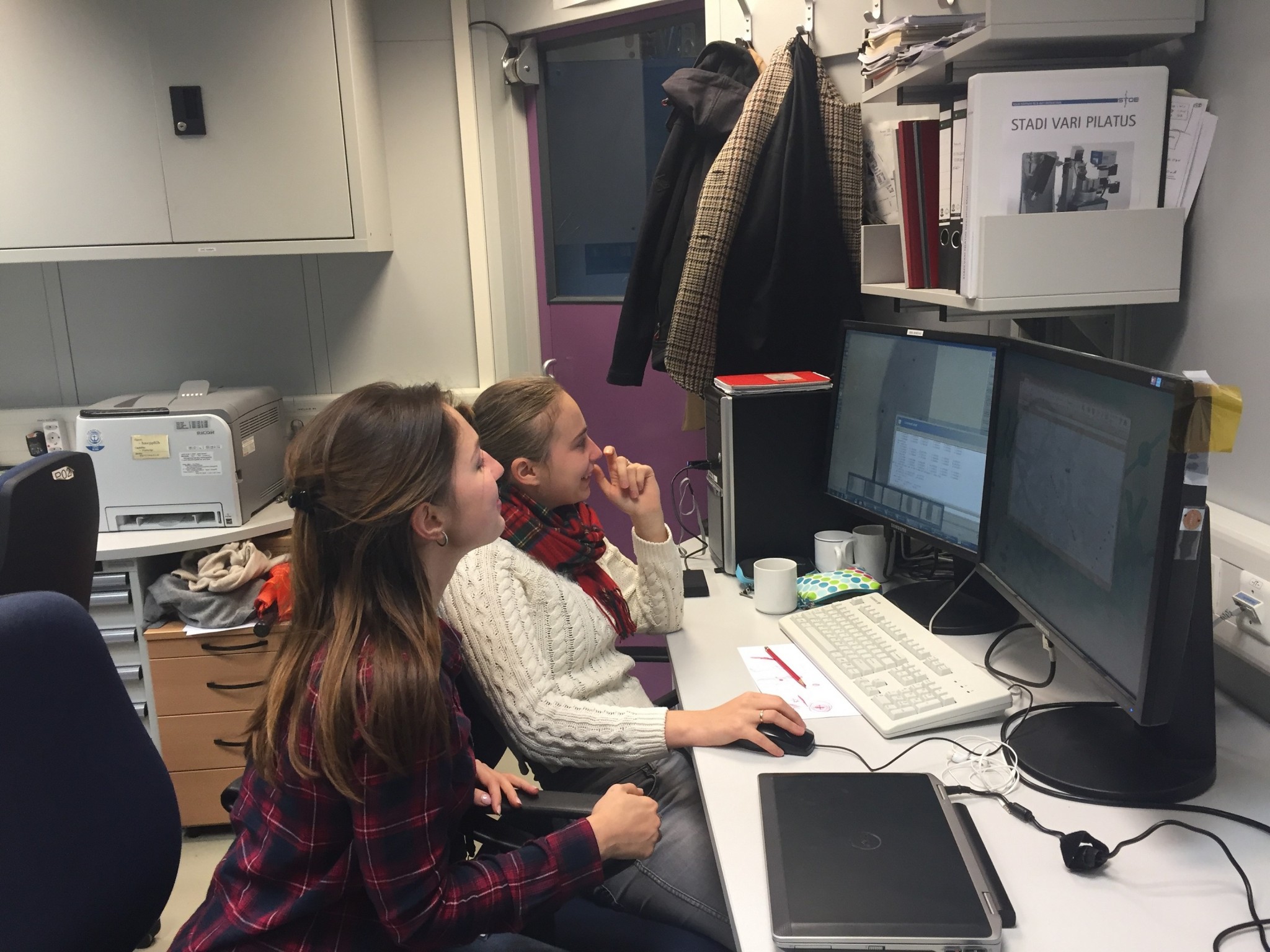