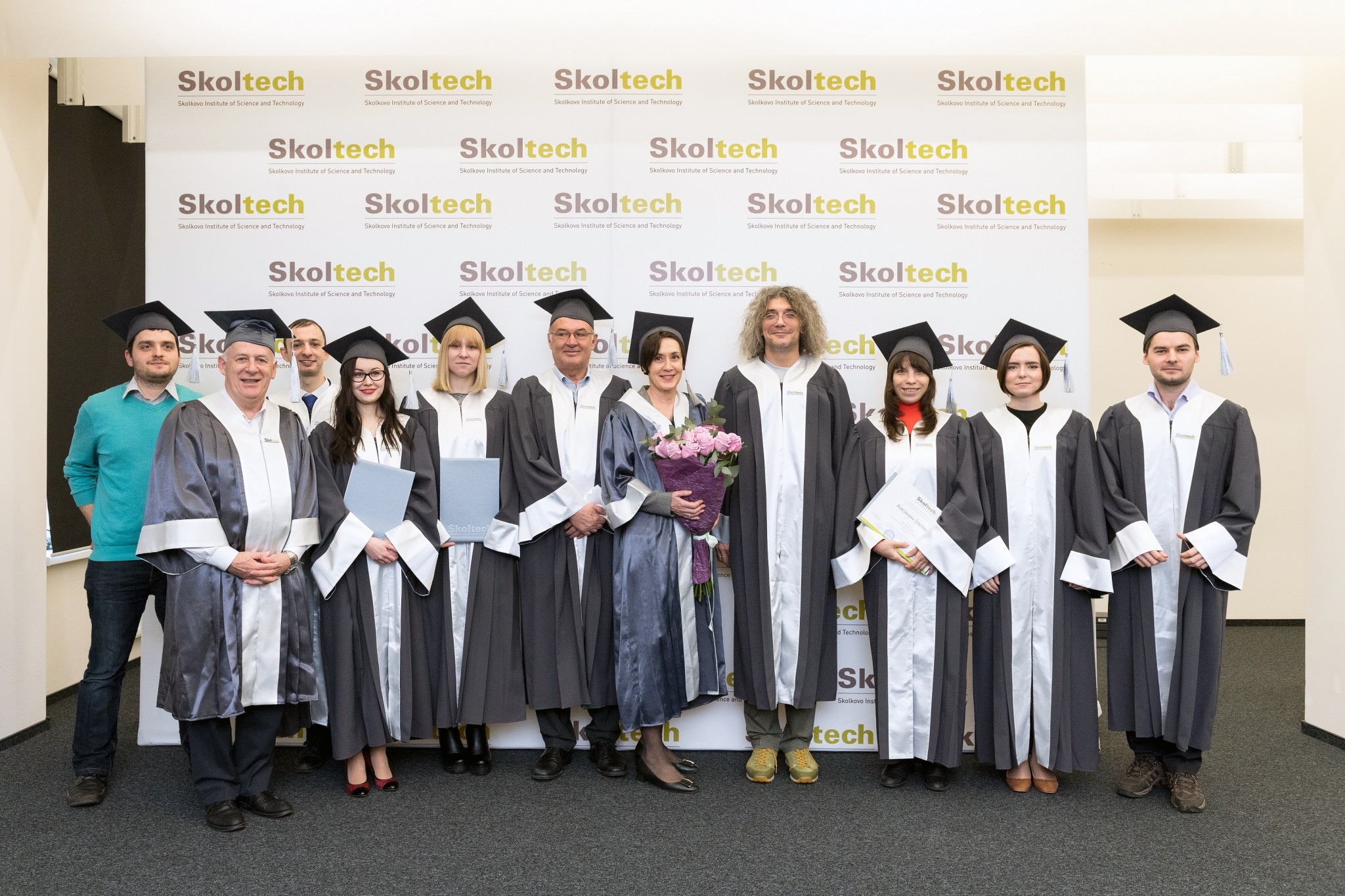 Skoltech’s first class of doctoral graduates pose with their professors and members of the institute’s leadership upon receiving their diplomas. Photo: Skoltech.

Skoltech honored its first class of doctoral graduates with a commencement ceremony on Tuesday.

During the fall of 2017, seven PhD students successfully defended their dissertations in the fields of Life Sciences, Engineering Systems and Computational and Data Science and Engineering.

These graduates and their thesis titles include:

The affair was hosted by Skoltech Provost Rupert Gerzer and Dean of Education Anna Derevnina.

Gerzer congratulated the students for blazing trails at the institute. “You will always be remembered as the first generation of Skoltech PhD students,” he said.

Derevnina likewise lauded the achievements of all of the graduates, and commented on the “remarkable gender ratio,” in light of the fact that more than half of this batch of graduates were female.

Each of the aforementioned professors delivered a speech, imparting wisdom and wishing the graduates well in their budding careers. Scroll down to watch each of their speeches.