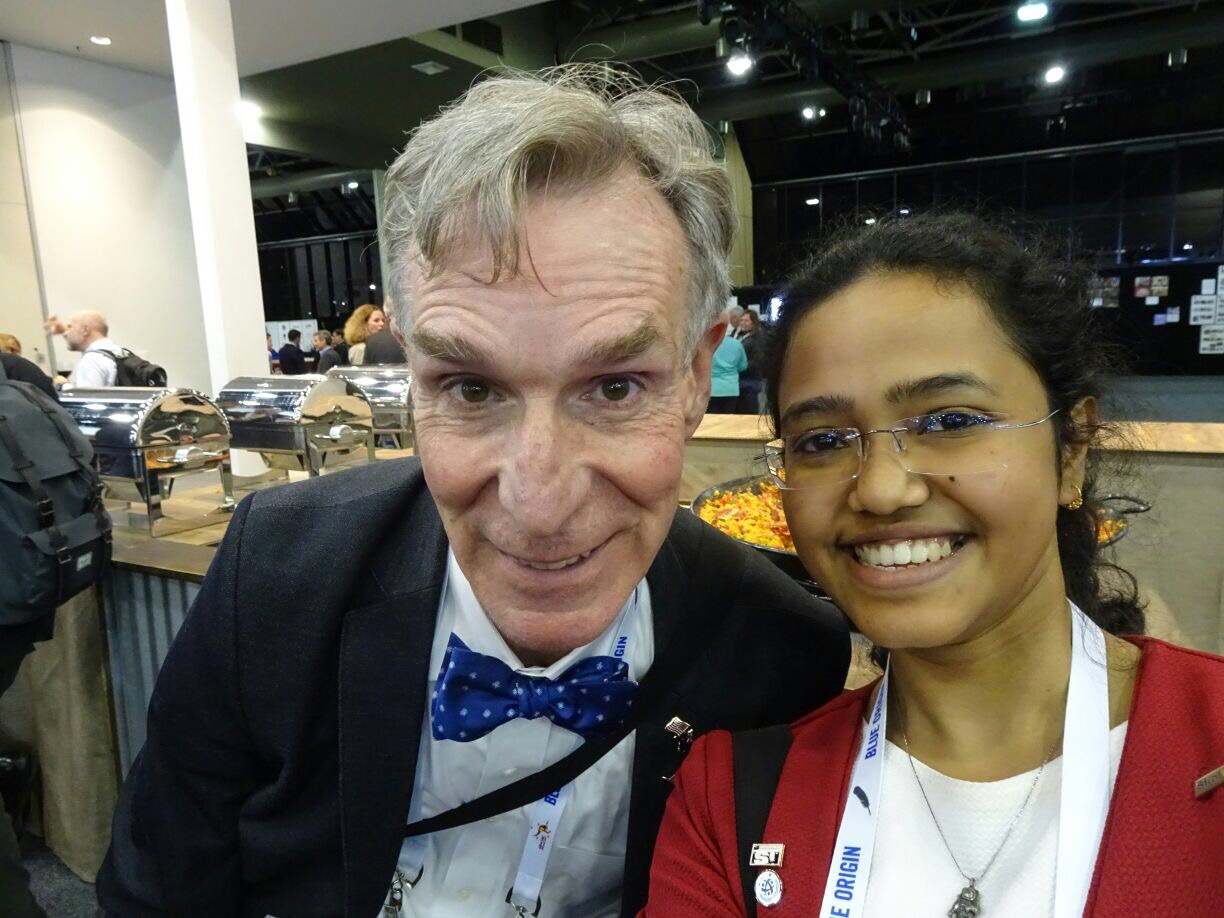 She’s launched an apparatus into the earth’s atmosphere.

She’s traveled halfway around the globe to present her research amid the crème de la crème of the international Space community.

In the 15 months that have passed since she arrived at Skoltech to pursue an MSc in Space and Engineering Systems, Shreya Santra has immersed herself in Skoltech’s learning-by-doing ethos, laying the foundation for her dream career as a space scientist.

As early as the age of six, Santra recalls being enchanted by the stars festooning the night sky over rural eastern India.

“Space has been my passion since childhood,” Santra said during a recent interview. “Stories of astronauts always inspired me. I was most motivated by the late astronaut Dr. Kalpana Chawla and decided to pursue space engineering.” Chawla, the first woman of Indian origin to enter space, lost her life in the Space Shuttle Columbia disaster in 2003. 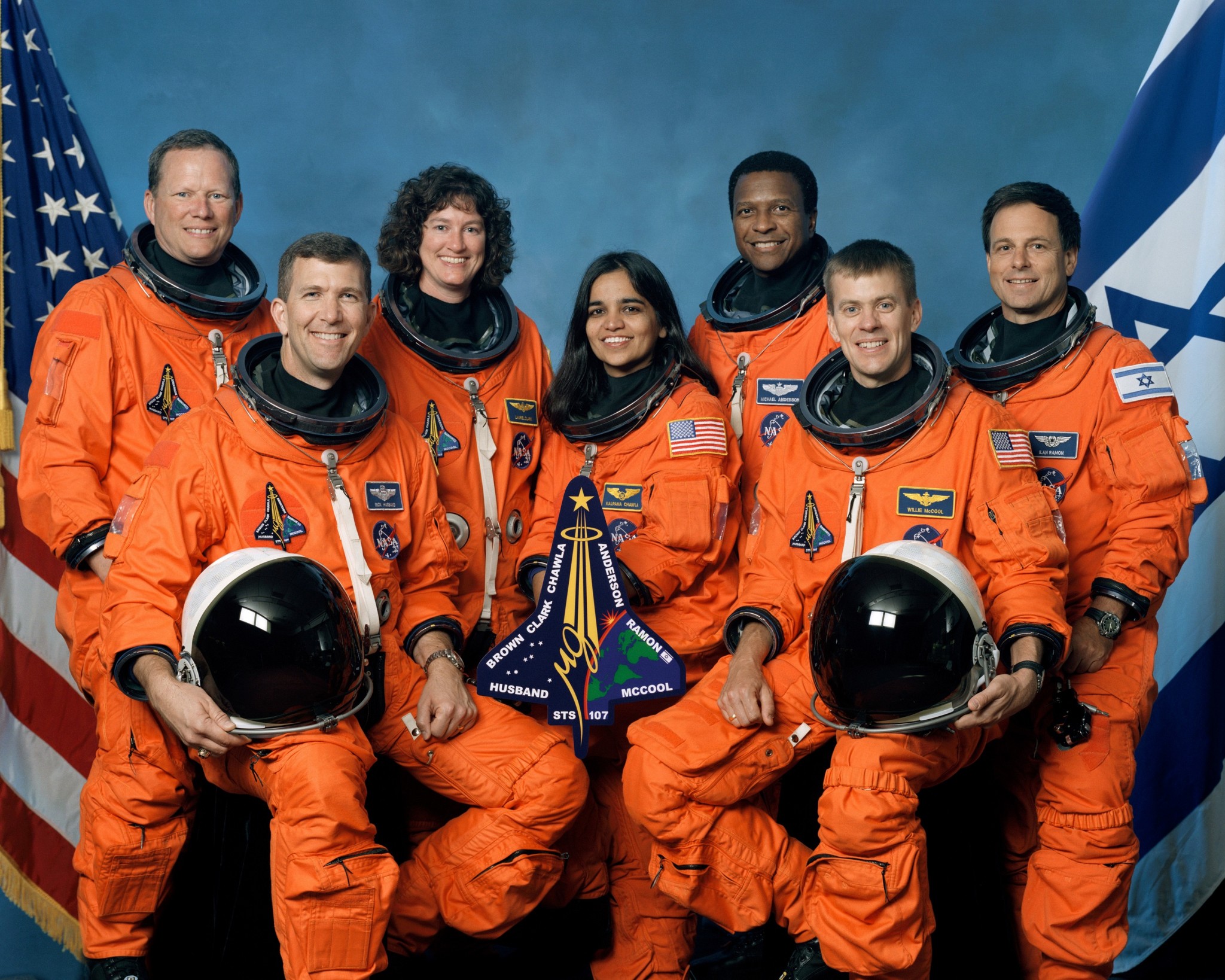 Dr. Kalpana Chawla (center), pictured with her crewmates from the ill-fated Space Shuttle Columbia mission, was a major source of inspiration for Santra. Photo: NASA.

Though Santra was sure she wanted a career in space, she knew pursuing one would require her to blaze her own trails.

“I come from a very small town. Good academic records are important; however, dreaming of something more than a normal engineering job is scary. Space engineering is still not popular in India, and very few universities offer this course. This was a significant obstacle I had to overcome while making my early career decisions,” she said.

In view of the limited space educational opportunities available at the time, she opted to earn her bachelor’s degree in Electronics Engineering from the National Institute of Technology in Jamshedpur. She figured this would give her a solid foundation that could eventually open doors to space science. She supplemented her undergraduate course load with free online space courses offered through websites like Coursera, as well as an internship at an Indian space institute.

Upon earning her BSc, she set her sights on a MSc program in Space Science and Technology at the International Space University (ISU) in France.

“My experiences at ISU was overwhelming and helped me grow,” Santra said.

In addition to providing her with exposure to renowned experts, an in-depth Space education, and the opportunity to work side by side with students from around the world, ISU also introduced Santra to Skoltech.

“I learned about Skoltech from my professors at ISU and was lucky to be accepted for a fully-funded MSc program in the space track,” she said.

Between a full course load, conferences and a flurry of extracurriculars aimed at solidifying her future as a space scientist, Santra hasn’t slowed down since arriving at Skoltech in the fall of 2016.

At the institute’s Intelligent Space Robotics Lab, she has conducted extensive research on enhancing the decision-making and localization capabilities of UAVs so they can autonomously follow designated paths while successfully avoiding obstacles. The applications of this research are diverse, spanning warehouses and rescue operations. 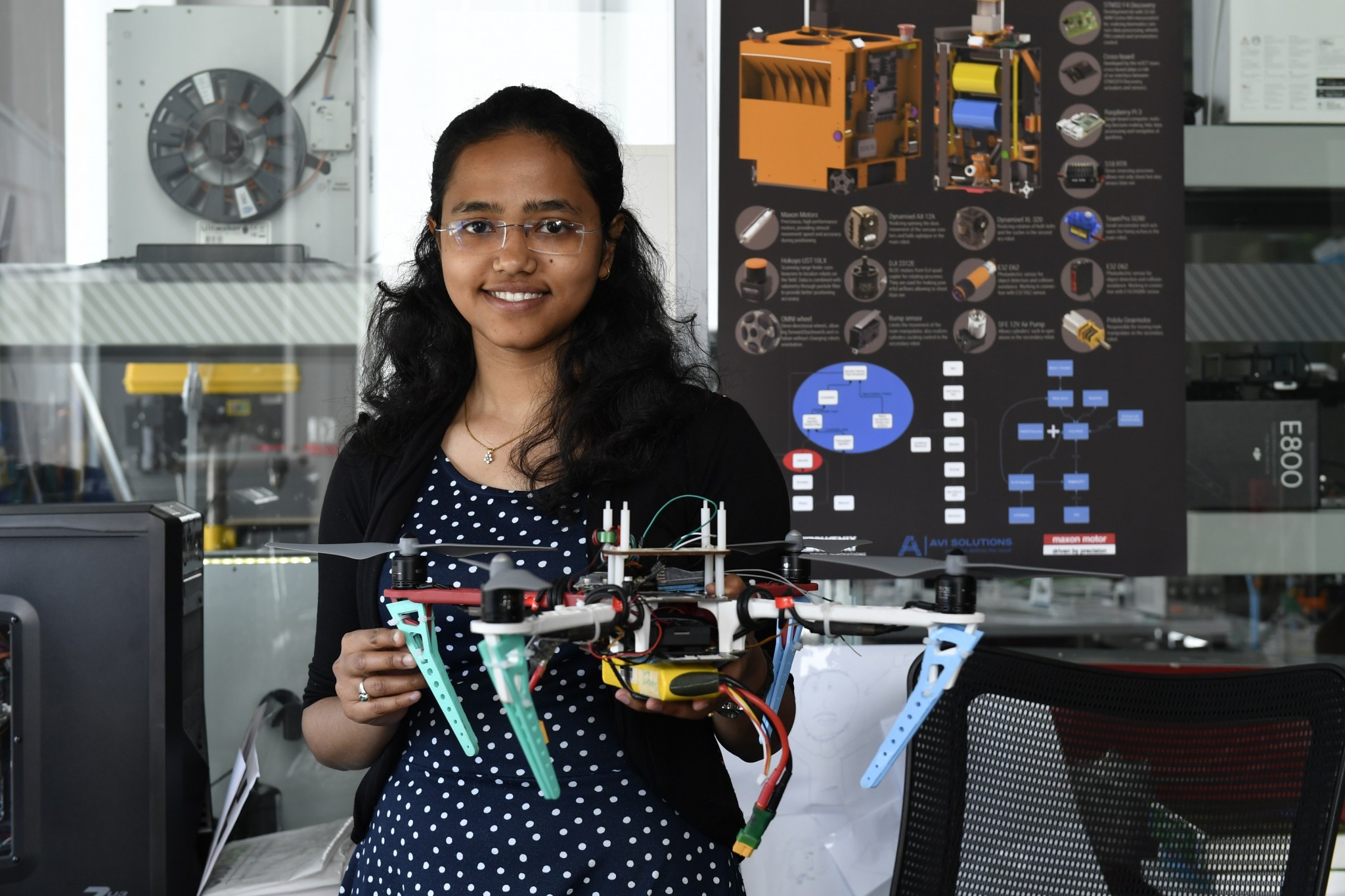 As part of Professor Alessandro Golkar’s Systems Engineering course, she gained her first opportunity to send a creation she engineered with a small team of classmates into Earth’s stratosphere.

She has invited various illustrious space industry leaders to give guest lectures at the institute, attracting students from across Moscow to attend, and organized the SpaceUp conference in April 2017.

Santra’s efforts have not gone unnoticed.

As usual, she hit the ground running upon arriving in the host city of Adelaide. Prior to the start of the IAC, she put her leadership skills to the test for the SGAC. “I was given the responsibility of leading and moderating a team of 20 delegates to work on a NASA sponsored project to explore common standards to enable interoperability between laser communication systems,” she said.

As a winner of the leadership award, she was also invited to an exclusive reception hosted by the Government of South Australia.

During the IAC, she presented two technical papers that she co-authored with Professor Dzmitry Tsetserukou, head of Skoltech’s Intelligent Space Robotics Lab and Santra’s research advisor.

While there, she had the opportunity to rub shoulders with the elite of the global Space community.

“Throughout the conference, I met eminent personalities from the space industry and academia, like Bill Nye the Science Guy, heads of all the major Space agencies and numerous astronauts. I had the chance to interact with all of them and gained a lot of knowledge and information. I also enjoyed sharing my ideas and experiences with the young professionals and students, participating in panel discussions and attending the technical sessions,” she said.

“The icing on the cake was Elon Musk’s inspiring speech on the upcoming plans of SpaceX and how he intends to send humans to Mars by 2022,” she added. Check out the speech she attended below:

Once seen as little more than fodder for campy Science Fiction, the prospect of life on Mars has become an imminent reality for a growing number of space agencies, private companies and scientific researchers. SpaceX’s projected timeframe is perhaps the most optimistic. By comparison, NASA has predicted that the first humans will fly to Mars in the 2030’s.

This is an area of particular interest to Santra: “I make efforts to utilize space engineering to solve problems on Earth as well as plan for our future beyond Earth,” she said.

In spring 2018, Santra will graduate from Skoltech, but she has no intention of slowing down. She hopes to start a PhD program in Space Robotics and Systems next fall.

Asked what has propelled her so tirelessly over the years in pursuit of her dreams, she explained: “It makes me very happy to see my parents and teachers proud of my achievements. Every time I accomplish something, even if it is trivial, they take pride in it and encourage me. I am also involved with space outreach movements and I am proud that with my work I inspire many children back home to follow their dreams and never give up.”

She left us with some sage advice for those whose dreams outsize the towns they grew up in: “My suggestion to other young students is to be passionate about the subject that they want to pursue, work hard and try all means to achieve the best. The field of space studies is diverse and interdisciplinary; it is open for everyone – scientists, engineers, artists, etc. We just need to find the path and the university that can cater to our dreams.” 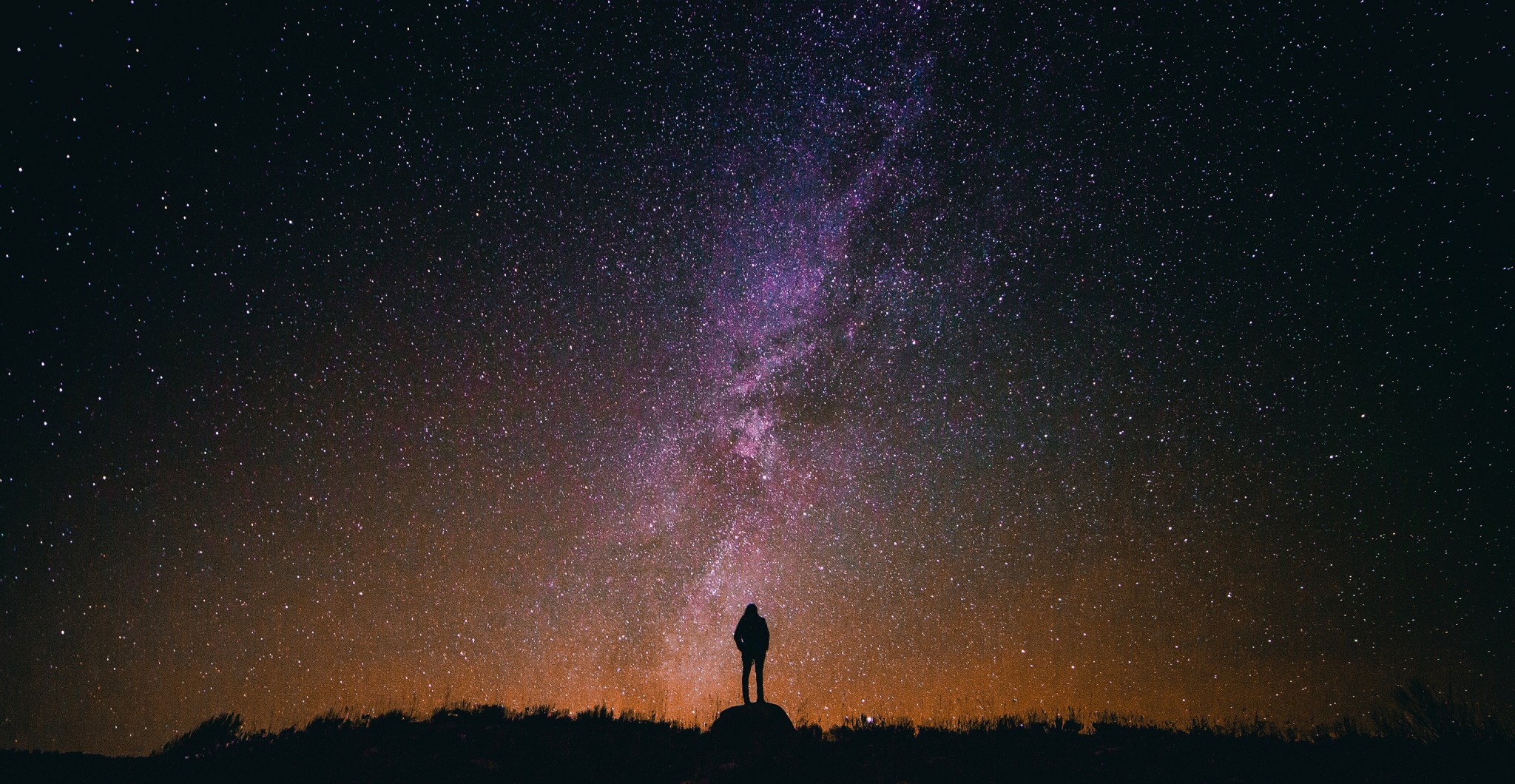