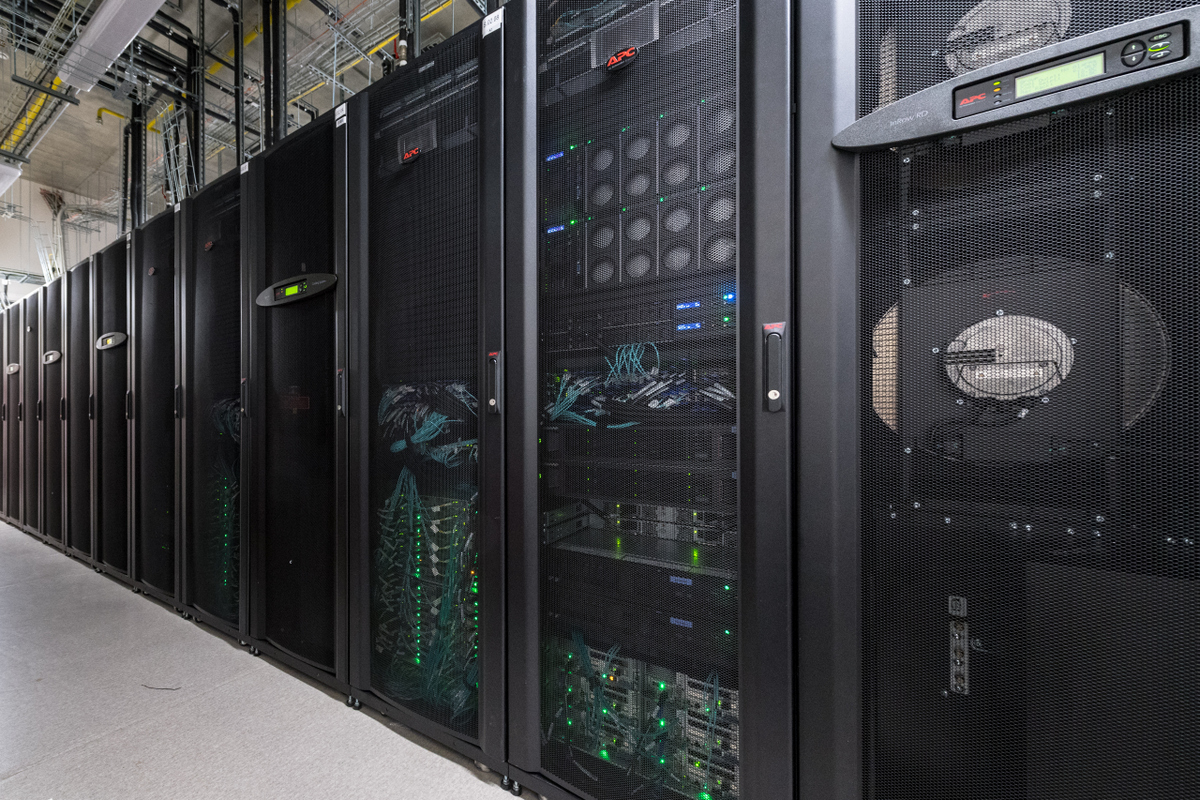 After its upgrade this year, Skoltech’s supercomputer facility (above) will have increased its capacity tenfold. Photo: Sk.ru.

In a year in which supercomputer capacity records are sure to be smashed once again, the European Union has already said it will spend 1 billion euros this year on the machines, which can be used to calculate anything from weather forecasts and oil and gas exploration to simulating the creation of the universe and nuclear fusion. The Skolkovo innovation city is also upping its supercomputer capacity this year together with the Skolkovo Institute of Science and Technology (Skoltech), which will increase its supercomputer power more than tenfold this spring.

Skoltech is currently home to several supercomputer clusters with a total capacity of about 100 teraflops (flops – floating point operations per second – are the measurement of the computer’s processing speed). After the upgrade, the supercomputer facility will have a capacity of 1.5 petaflops, or 1,500 teraflops, though those in charge of the system are quick to point out that measurements are subjective terms, as the actual teraflop capacity depends on the task the supercomputer is carrying out, and the algorithm it is using, as well as on the precision.

The hardware for the new enlarged cluster is due to be delivered in March, and Skoltech staff plan to integrate the system themselves – a lengthy and complex process that they hope will be complete by the summer. While in the past, the supercomputer systems at Skoltech were primarily used by the university’s staff and PhD students for their research, the new supercomputer installations are designed to increase the opportunities for Skolkovo resident startups who need access to the machine’s capabilities.

“One of our missions is to develop the computational infrastructure of the entire ecosystem,” said Professor Maxim Fedorov, director of the Skoltech Center for Computational and Data-Intensive Science and Engineering.

“The work of many Skolkovo startups is linked to machine learning, artificial intelligence, mathematical modelling and so on. Together with the Skolkovo Foundation and the Technopark, we’re creating infrastructure for them,” he said in an interview with Sk.ru.

Skolkovo startups can already use the services of the existing supercomputer facilities, though they don’t usually use the machine directly: they need the results of its computations, rather than the supercomputer itself, explained Fedorov.

“There are several Skolkovo startups with whom we work actively, such as [online auditing platform] Inspector Cloud, which uses our supercomputers to perfect its technology for recognizing goods on a shelf. But cooperation will increase greatly once the new computer comes online,” he said.

“A telescope to look inside the Earth”

Supercomputers are used by scientists to model processes that are difficult or dangerous, or impossible to create in an experiment.

“They give us a glimpse of places that are impossible to see,” says Fedorov. “We know less about the inside of the Earth and the oceans’ depths than we do about space, because there is not yet a telescope that would allow us to look inside the earth. Our telescope is computer modelling.”

The technology can be used to attempt to model the Earth’s creation based on the evidence that remains, as well as to create more recent historical events.

“When I was leading the West of Scotland Supercomputing Centre in Glasgow (based at the University of Strathclyde), our supercomputer was used by the Glasgow School of Art in a project to reconstruct the famous Battle of Bannockburn [in 1314] between the Scottish and the English. After mapping the landscape, the geography, and the position of the troops according to historical records, it turned out that the decisions that the Scottish leader took were the only ones [that could have resulted in victory for the Scots],” said Fedorov, adding that an animation of the event produced using the supercomputer’s results is now on display at the museum located at the site of the battleground. 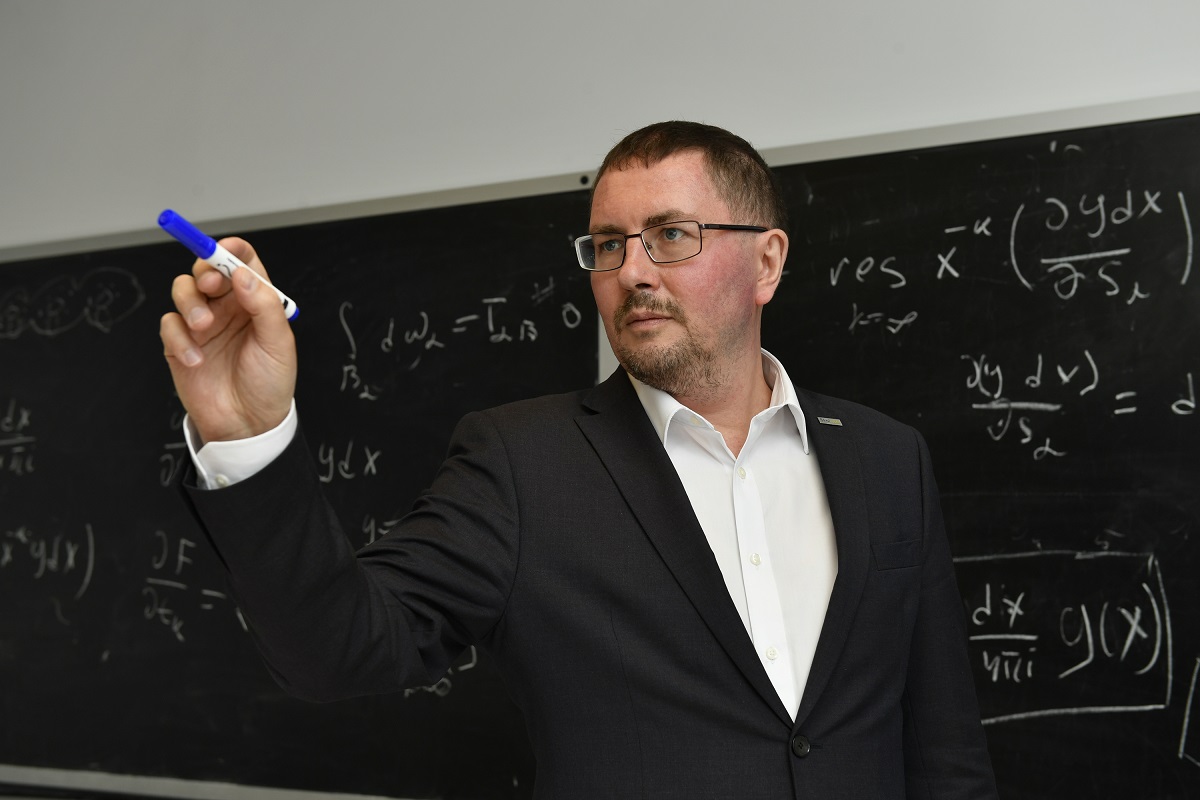 “There is a whole range of tasks that desktop-based computational resources simply can’t solve,” says Nikolai Suetin, vice president for science and education at the Skolkovo Foundation.

“Weather can’t be modelled any other way. No one needs a weather forecast for three days from now that takes a week to calculate. The models are complex, there’s a huge amount of data that is constantly taken from satellites and weather stations, then it all has to be processed taking into account temperature profiles, gas streams, humidity, and a huge number of other factors,” he explained.

There are two kinds of projects that use supercomputers: bottom-up, or ab initio modelling, if there are some basic laws or formulae available that can be used to create a detailed model of the process; and top-down, when the process is not well understood, but scientists have empirical data or other knowledge. This second method, also known as data-driven modelling or the black box approach, can be used if not to study phenomena, then to make use of them as far as it is safe to, explained Fedorov. He noted that these approaches are not mutually exclusive: new trends in modelling often combine both of them in what is known as surrogate modelling.

The practical applications of this modelling in various industries are myriad, and are the focus of Skoltech’s supercomputer-assisted work.

“Nowadays, if you want to design something, instead of having to do 100 crash tests on cars, it’s enough to do 10, and if they correspond to the results of the simulated crash tests, then it’s considered that modelling is enough, there is no need for more crash tests,” says Suetin.

“So it significantly reduces the time spent on development. Complex construction in aviation, the automobile industry: it’s all done in a digital format.”

One key area of Skoltech’s work in this field is in predictive maintenance in technology and manufacturing, says Fedorov.

“We are one of the country’s leading groups in this field of work. We have a huge number of ongoing and potential projects with a range of major companies, both foreign and Russian,” he told Sk.ru.

“There are cases when a system appears to be working normally but in fact, in a week, day or hour, it will lead to an abnormal situation. This is what we work on,” he says, comparing what they are looking out for to the incubation period of an illness in a human body: the person might feel fine, but they already have a virus and changes are already taking place in the body.

“The algorithms developed by Skoltech scientists in the groups led by Evgeny Burnaev and Alexander Bernstein allow us not only to follow every abnormality in each parameter – that’s quite straightforward – but also to track correlated behaviour between parameters that could be a sign of an emergency situation that is still only just forming,” says Fedorov.

In this way, scientists can predict situations before they lead to any consequences. The same model can be used in medicine, and Skoltech researchers are currently spearheading CoBrain Analytics, a national research project supported by the government-led National Technology Initiative. The project is compiling one of the world’s biggest collections of medical data relating to neurological disorders, such as MRI scans, tomograms, biochemical and clinical test results and other data, in order to analyse patterns and results.

“It won’t replace a doctor, but offers a second opinion and an assistive function,” says Fedorov of the project, whose data will be shared with other universities and research institutes.

The Skoltech supercomputer is crucial to the work of Mikhail Spasennykh’s Center for Hydrocarbon Recovery, devoted to research and development into technologies for producing oil and gas that cannot be extracted using traditional methods. Supercomputers are in high demand among oil giants around the world: Italy’s Eni has one the size of a football field. Oil companies use supercomputers to produce accurate models of oil and gas reservoirs based on data from geophysical imaging, UAVs and other data. The cost of building and running the machines is a fraction of the cost of drilling in the wrong place.

One Skolkovo resident startup, Rock Flow Dynamics, uses supercomputing to simulate large underground reservoirs for the dozens of multinational oil companies it counts among its clientele, including Shell, Statoil, Eni and Lukoil.

“Depending on how you go about extracting the resources, production and efficiency of the resource’s use can vary greatly. It’s incredibly difficult to model the best approach for these huge sites. They [Rock Flow Dynamics] have managed to create a system that calculates all the different outcomes,” said Suetin. 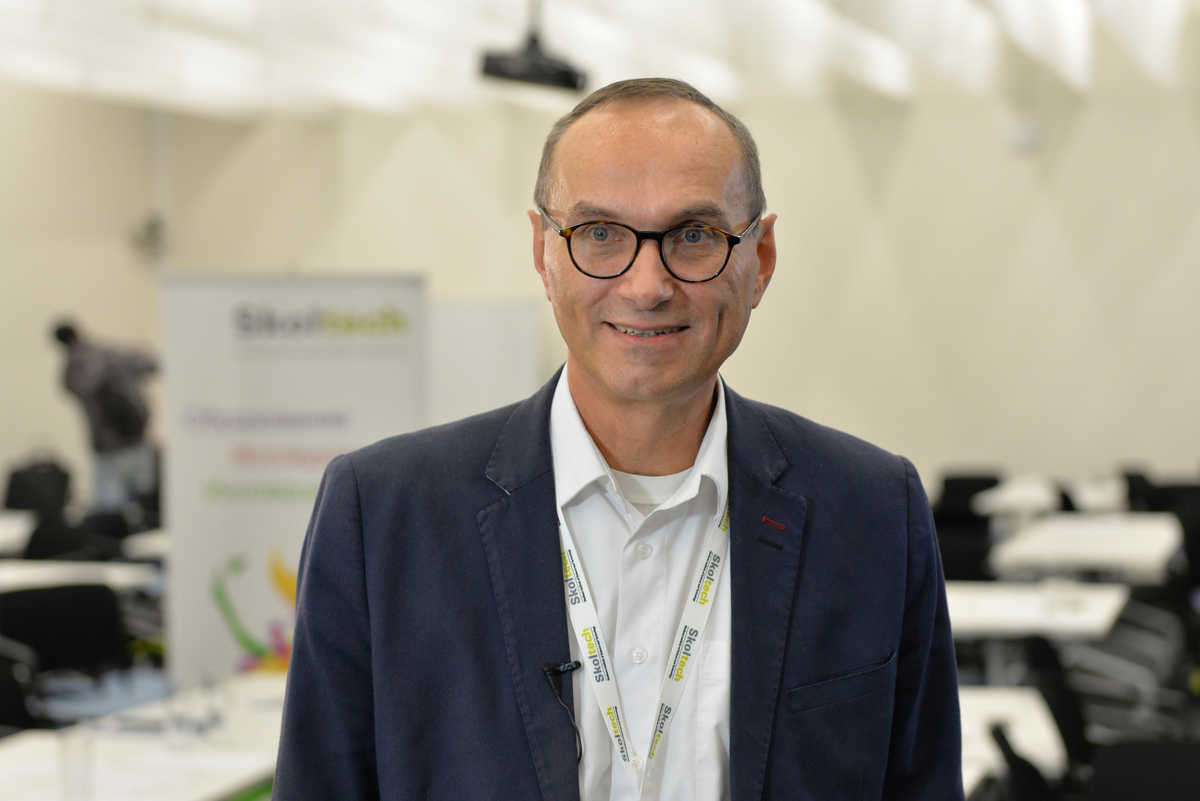 Another regular user of the Skoltech supercomputer is Artem Oganov, a professor at the university’s Center for Electrochemical Energy Storage whose work has led to the development of new computational techniques for predicting new materials.

“Oganov maps new materials that need mathematical modelling to study their behaviour in high pressure and other conditions,” said Fedorov.

“Such experiments are very expensive and are not always safe: they are very difficult, if not impossible, to stage. So he is paving the way for those who will carry out these experiments,” he explained.

A group led by Andriy Zhugayevych from the same centre uses computational techniques to design new materials and devices for energy conversion and storage.

Fedorov’s own research group works in the field of pharmacology, predicting the toxicity and other properties (e.g. solubility) of new medicines before they are synthesised.

Supercomputers are expensive to run, not least because of the power required to cool the system in order to stop it from overheating. Cooling costs make up between 40 and 50 percent of running a supercomputer, Suetin and Fedorov estimate.

Fedorov expects that the new Skolkovo supercomputer will pay for itself through contracts from companies both inside and outside of Skolkovo.

“We plan to cover our costs, because all of our projects are focused on creating new technologies and cooperating with industry,” he said.

In terms of cooling costs, cold countries have a distinct advantage, Fedorov said, while Suetin pointed out that there is a Skolkovo startup that has developed an innovative solution to the problem of overheating.

While most cooling systems use air, Skolkovo resident RSC Technologies has developed a system in which liquid is piped to the cooling block, which is in direct contact with the processor, diverting heat away from the server. The system is already in use in supercomputers at Russia’s federal hydrometeorology centre, the Russian Academy of Sciences, and St. Petersburg State Polytechnical University. In addition to reducing energy costs by 40 percent, the system has the added advantage of making no sound, unlike noisy air cooling systems, said Suetin.

“They [RSC] are so effective that Intel has a cooperation agreement with them and is promoting them around the world,” the vice president added.

*Originally published by the Skolkovo Foundation. Reprinted with permission.