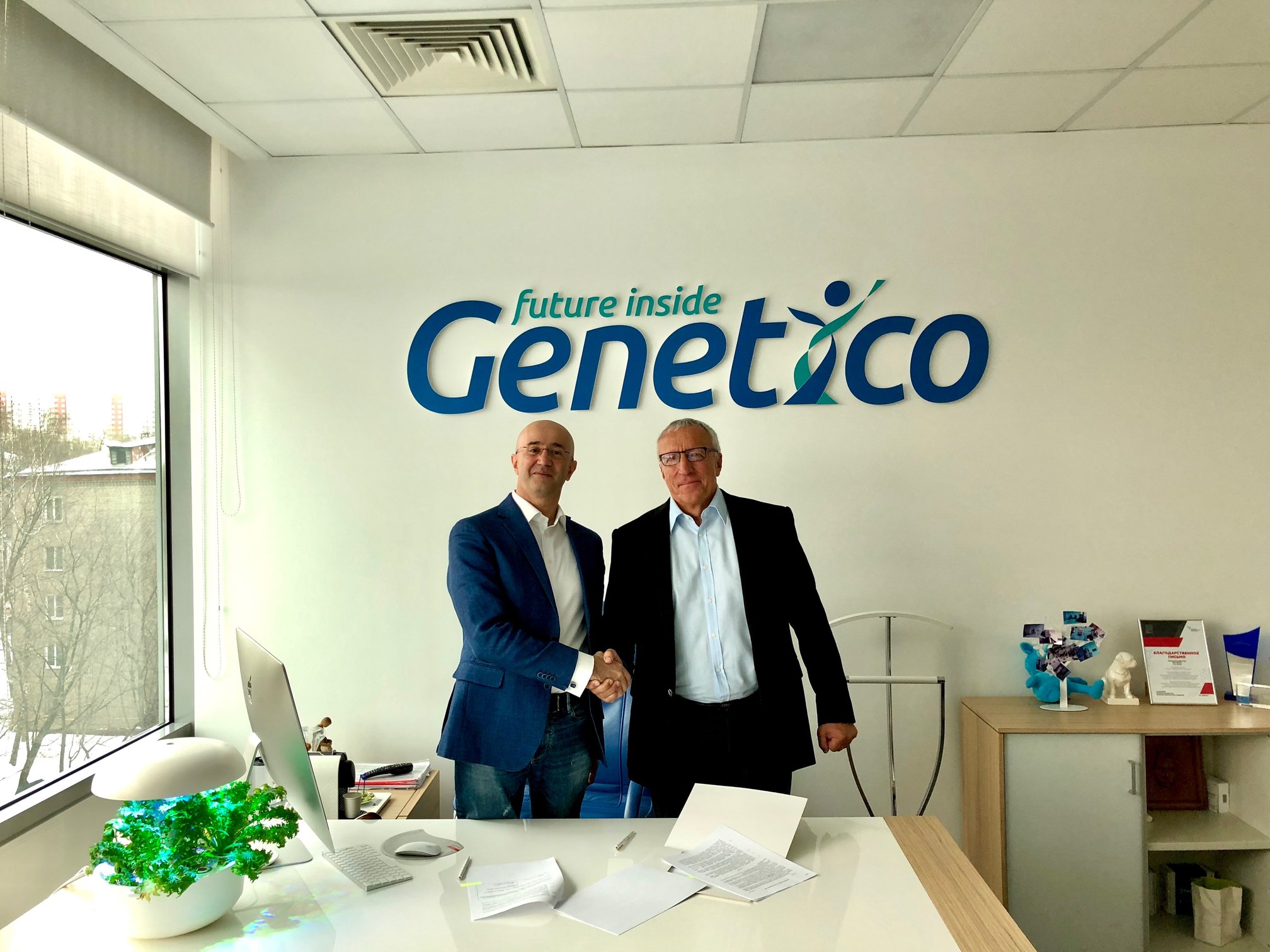 The Skolkovo Institute of Science and Technology (Skoltech) and the Genetico Center for Genetics and Reproductive Medicine will work together on Autism and Related Cognitive Disorders within the Genetico.Autism research study and the CoBrain project.

President of Skoltech and Full Member of the Russian Academy of Sciences Alexander Kuleshov and Chairman of the Board of Genetico Artur Isaev signed a Memorandum to this effect in Moscow on March 2, 2018.

The partnering organizations will engage in collaborative search for data that helps to identify mutations causing autism spectrum disorders. The parties are also planning to process metabolomic and lipidomic profiling data using the mass spectrometry method, integrate the results in CoBrain-Analytics and have their joint research papers published in leading journals.

In 2016, Skoltech started working on the NeuroNet Big Data Platform project that makes part of the National Technology Initiative and is now widely known among the professional community as the CoBrain-Analytics system.

The project purports to create a biomedical platform for collecting, storing, analyzing and processing big data on human brain, encompassing different brain conditions and data modalities. The project is distinct from other neurodata platforms in that it relies on the multimodal approach that enables combining different types of data on the same research subject (patient) in different ways using cutting-edge AI-based methods. The patient data are quite diverse and may include, for example, EEG, MRT and other clinical tests.

Entities already linked up to CoBrain Analytics include top Russian medical centers of excellence, such as the Research Center of Neurology, N.N. Burdenko Center for Neurosurgery, Institute of Physiology and Fundamental Medicine and RAS Research Centre of Medical Genetics, and several major commercial medical companies.