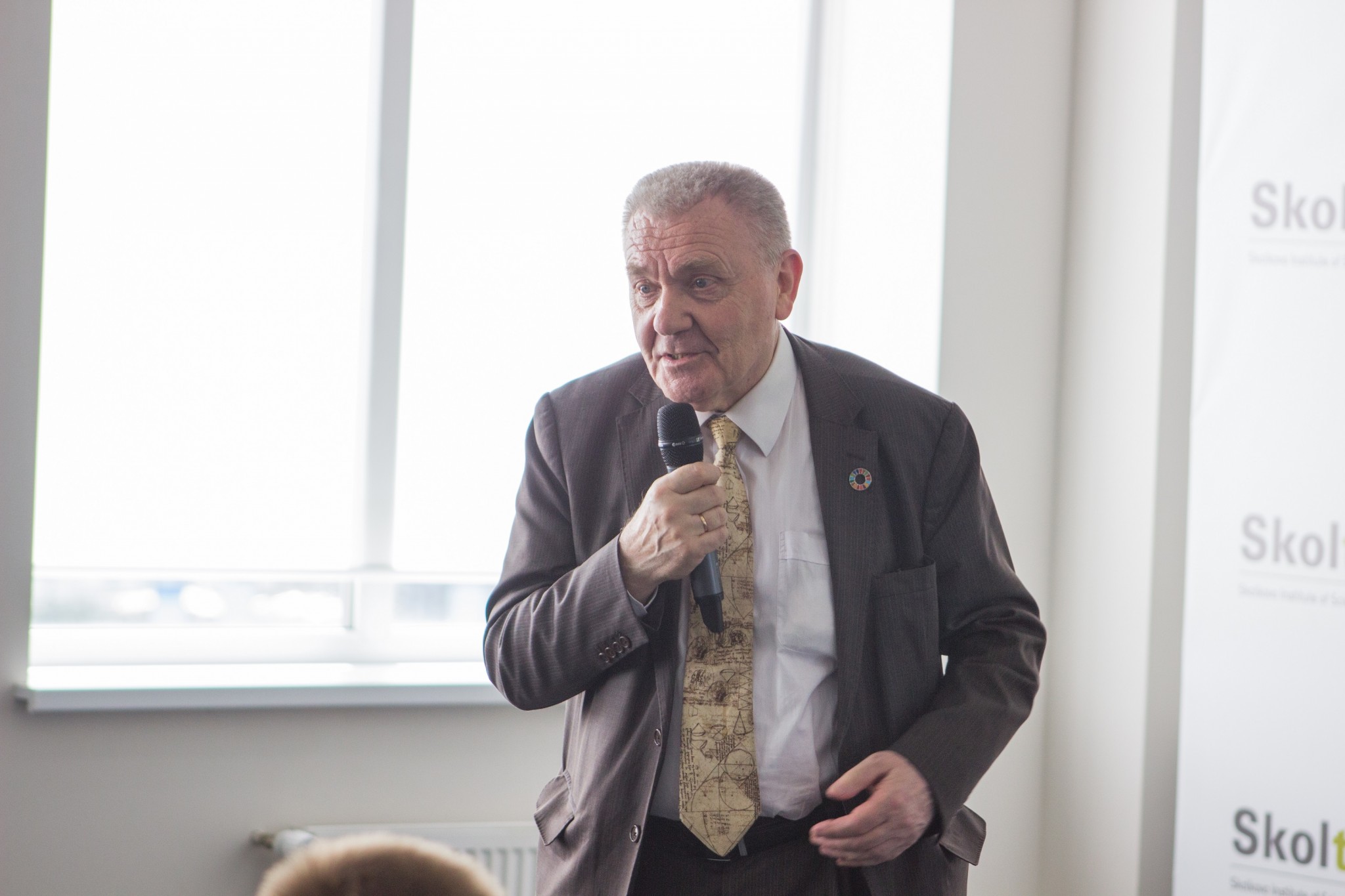 Renowned mathematician and European Research Council (ERC) President Jean-Pierre Bourguignon visited Skoltech on Monday to deliver a lecture to students, and to provide insights to Skoltech researchers on how to pursue high-level European grants.

The ERC was established by the European Union in 2007 with the aim of funding and fostering top-flight frontier research. The organization offers grants of up to EUR 10 million in order to support cutting-edge research projects based in Europe.

Bourguignon began his day at Skoltech by delivering a lecture entitled “Geometry and physics: cross-fertilization and missed opportunities” before a group of students from Skoltech’s Center for Advanced Studies.

He also toured the institute’s Hybrid Photonics Laboratories, during which he met with Professor Pavlos Lagoudakis.

In the afternoon, he delivered a speech before a packed house of faculty members and researchers. Following an introduction by Skoltech President Alexander Kuleshov, Bourguignon discussed the philosophical underpinning of the ERC and how the organization’s grant process works.

He explained that research projects that receive funding are selected by the Scientific Council, an independent governing body that comprises 22 eminent scholars and scientists, including Nobel Laureates. The Council’s criterion in assessing projects is scientific quality. This all plays into the ERC ethos, which champions the notion of letting scientists pursue their dreams without boundaries.

ERC was created within the context of Horizon 2020 the European Union’s largest-ever research and innovation program.

Bourguignon was accompanied on his visit by Fields Medal laureate and Skoltech Professor Stanislav Smirnov of the Center for Advanced Studies, who has himself has been awarded an ERC grant worth up to EUR 1,995,900.

Prior to taking on the ERC leadership in 2014, Bourguignon spent nearly two decades serving as Director of the Institut des Hautes Études Scientifiques near Paris, which was established as the European counterpart of Princeton University’s Institute for Advanced Study. 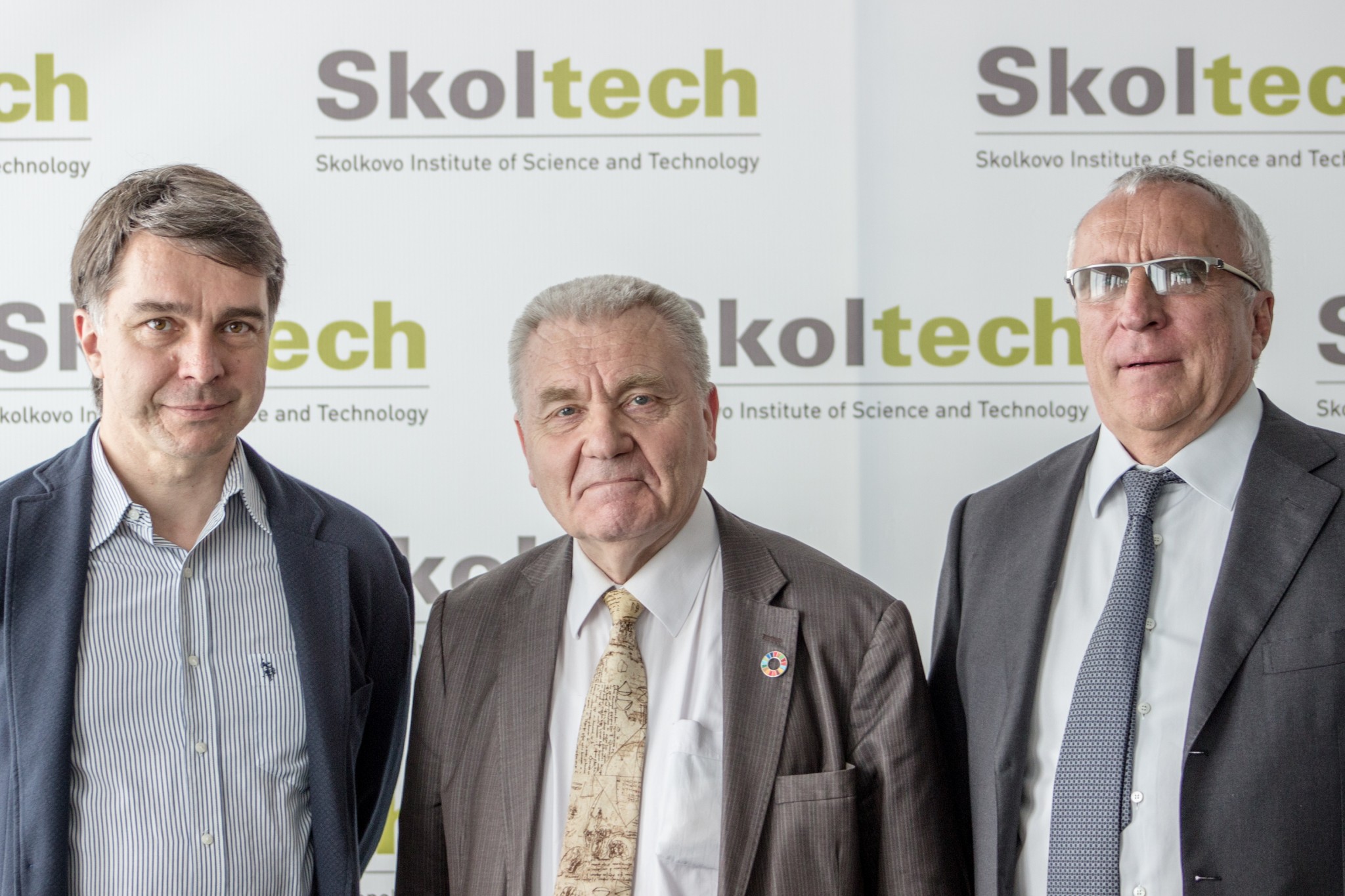