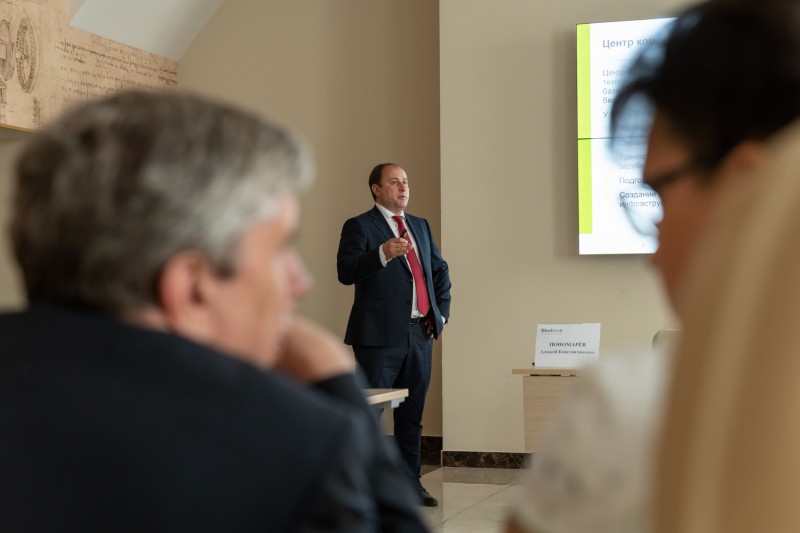 The Skolkovo Institute of Science and Technology (Skoltech) and the St. Petersburg State University of Aerospace Instrumentation (GUAP) have signed an agreement to establish the National Technology Initiative (NTI) Center of Excellence (CoE) in Wireless Technologies (WT) and the Internet of Things (IoT) in Russia’s North-Western Federal District.

Following the NTI 2018 competition, Skoltech, which heads a consortium of advanced Russian universities and industrial organizations focusing on WT and IoT was selected as the WT and IoT Lead Center of Excellence.

The new North-Western CoE will be created on the basis of GUAP, an active member of the consortium of universities and the leader of Russian academia in the IoT field.

Drawing on its extensive expertise in WT and IoT projects, GUAP will be responsible within the consortium for dealing with the North-Western District’s immediate priorities in education and research. GUAP boasts unique competences in 4G and 5G mobile and broadband technologies, noise-immune coding methods, and cloud technologies amongst other things and is constantly expanding its collaboration with industry leaders, such as Huawei, Intel, NSN, and DellEMC.

The consolidation of Skoltech’s and GUAP’s expertise and resources and close collaboration with industrial partners will propel the technological solutions and scientific methods to a higher level, while facilitating their implementation on the regional and national scale. 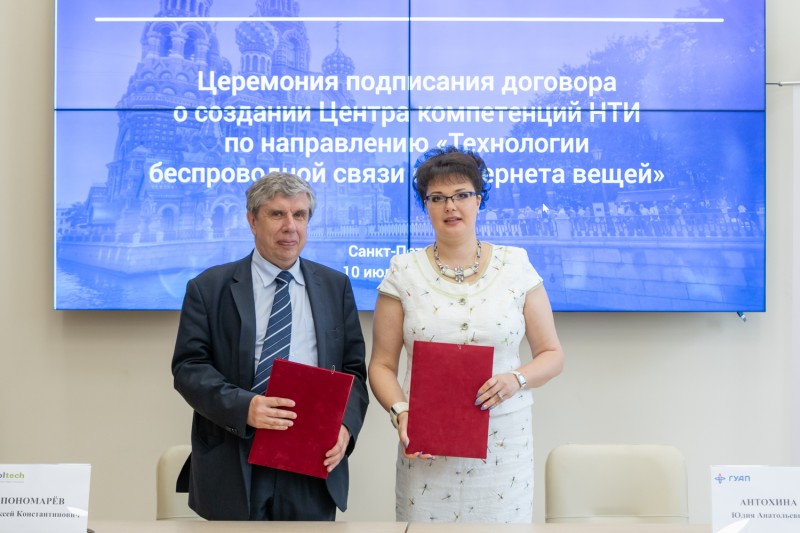 “GUAP has traditionally excelled in information security and wireless data communication technology. Skoltech’s responsibilities within the consortium will run the gamut from research and educational programs to coordinating the efforts of the universities and consortium members,” says Director of the Skoltech Center of Excellence Dmitry Lakontsev.

The National Technological Initiative (NTI) is the Russian program aiming to place Russia among the global technology leaders. To attain the program goals, centers of excellence focusing on various technology areas are being opened across Russia. Established as structural units of an educational institution or scientific organization, NTI Centers of Excellence collaborate with other consortium members based on the consortium agreement to develop integrated technology solutions covering various NTI areas of competence.

The St. Petersburg State University of Aerospace Instrumentation (GUAP) is a major research and educational hub recognized in Russia and the world. GUAP is a leader in creating competencies for the “professions of the future” and takes an active part in creating advanced World Skills, such as the Internet of Things, Corporate Information Security and many others.

The Skolkovo Institute of Science and Technology (Skoltech) is a private graduate research university based in Skolkovo, Moscow Region. Established in 2011 in collaboration with the Massachusetts Institute of Technology (MIT), Skoltech cultivates a new generation of researchers and entrepreneurs, promotes advanced scientific knowledge and fosters innovative technology to address critical issues facing Russia and the world. Skoltech applies the best Russian and international research and educational practices, with particular emphasis on entrepreneurship and innovation.

The Internet of Thins (IoT) refers to the interconnectedness of physical devices – from computers and mobile phones to home appliances and vehicles – via the Internet. The IoT technology has the ability to revolutionize economic and social process, making human involvement totally unnecessary in many operations and solutions.