As part of the Scientific Advisory Board of the Skolkovo Foundation, a new supercomputer for advanced scientific research and development in the field of Artificial Intelligence was presented in the new campus of Skolkovo Institute of Science and Technology.

This supercomputer was developed by the researchers and engineers of Skoltech Center for Computational and Data-Intensive Science and Engineering headed by Professor Maxim Fedorov. 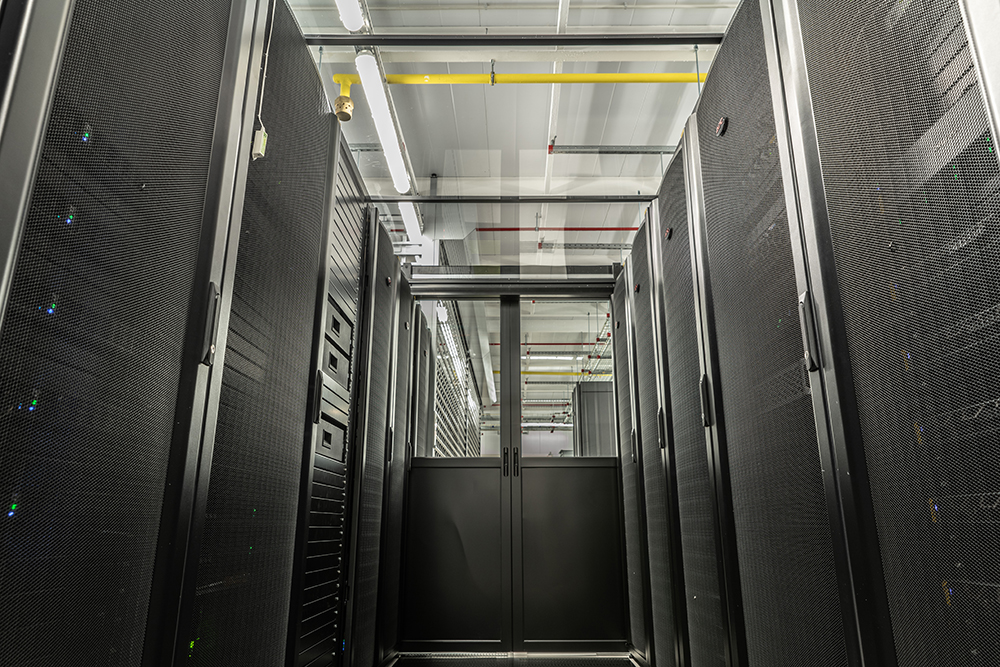 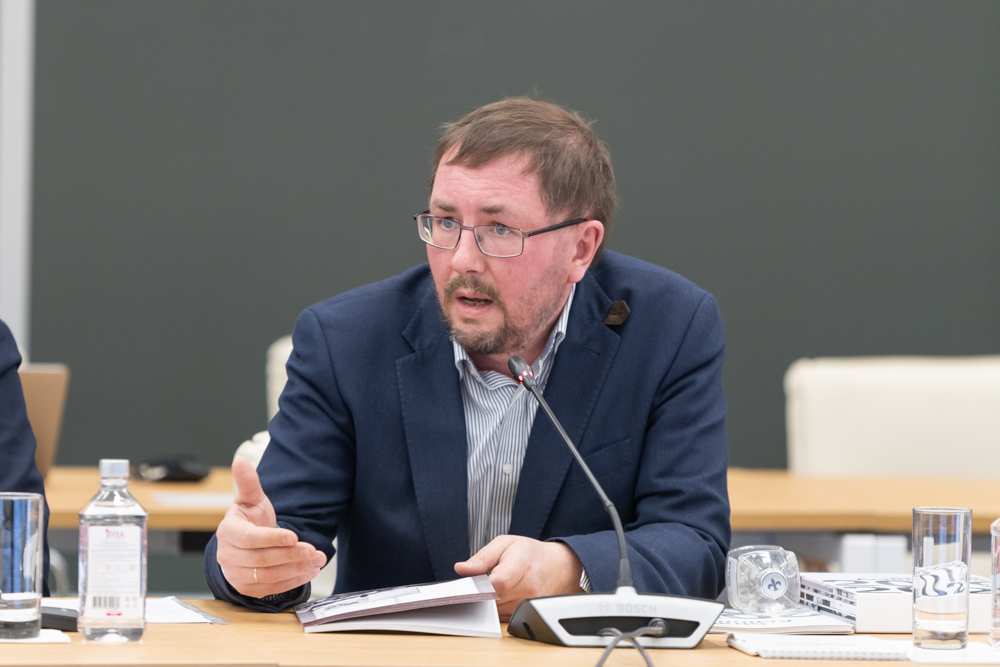 Our center solves a broad range of interdisciplinary problems at a juncture of Machine Learning, Artificial Intelligence, Data Science and Mathematical Modeling. The idea to create a powerful, energy-efficient supercomputer with a hybrid architecture specially designed for machine learning and data-based modelling originated in 2017 as an answer to the modern challenges in these fields (e.g., recognition of multidimensional objects, prediction of the toxicity of new molecules, etc.).

We hope that our creation of a modern computing infrastructure will contribute to the development of cooperation between Skoltech and a number of high-technology companies that are Skolkovo residents.

The quicker the information transfer system between the nodes of a supercomputer works, the more effective the supercomputer is for calculating and processing large amounts of data. 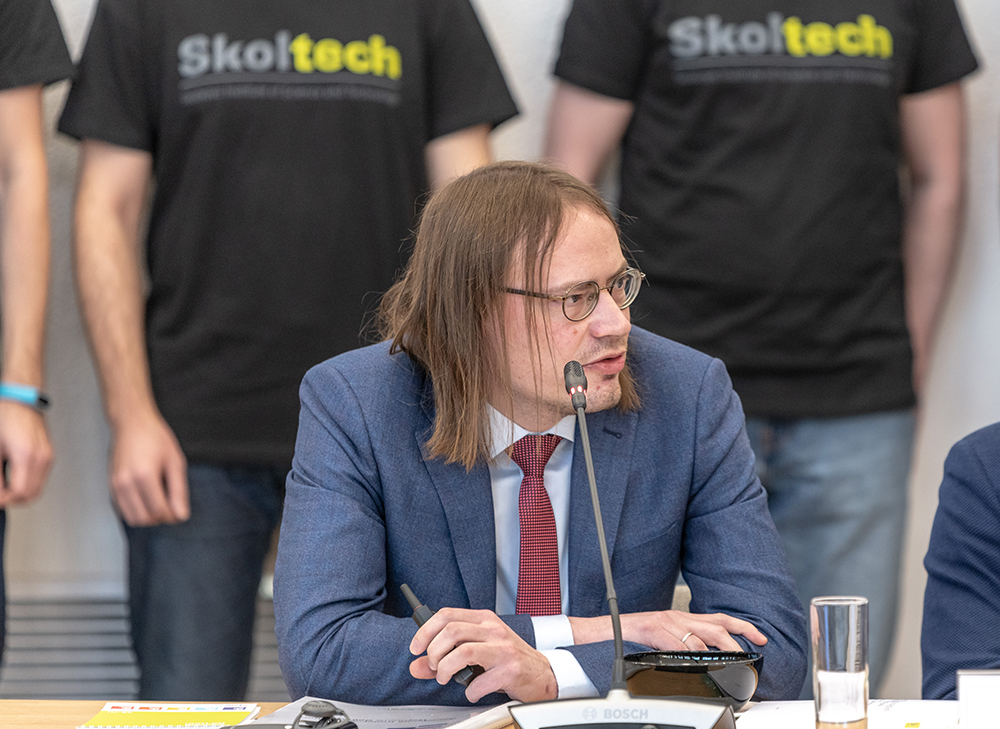 We pay great attention to training highly qualified specialists in the field of supercomputing and processing of large amounts of data. At Skoltech, within our center, Masters and PhD programmes in the corresponding fields are being successfully developed, and recently we have launched several specialized Masters and PhD courses in High-Performance Computing (HPC). We are also actively engaged in professional development of Skoltech partner companies’ employees in the framework of further professional education programmes developed by our Center. 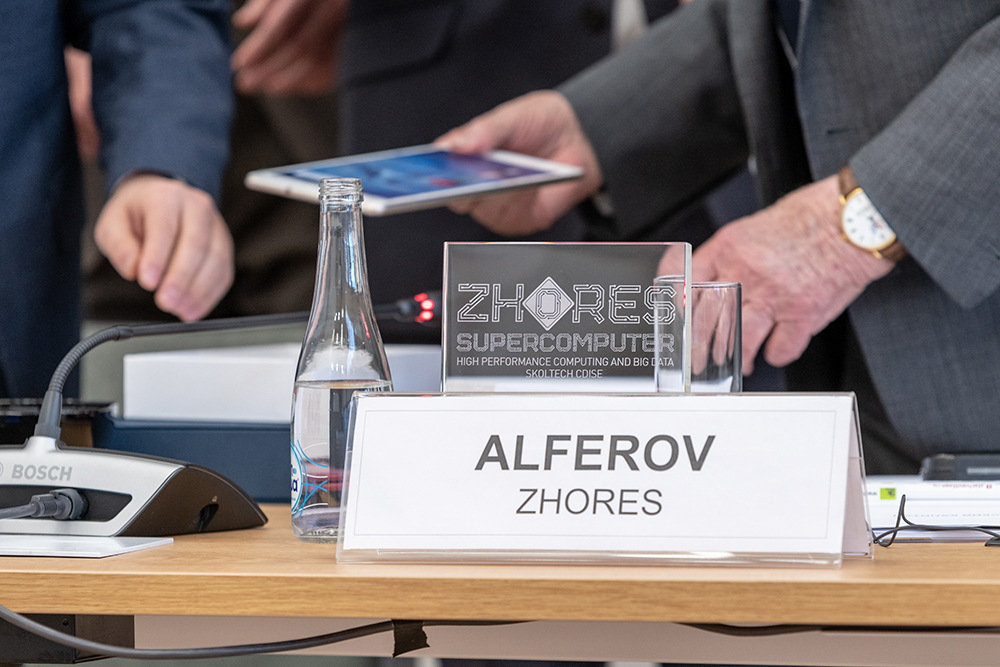 In the process of solving the problem of designing, assembling and configuring the powerful energy-efficient supercomputer “Zhores”, which became the sixth most powerful supercomputer in Russia and CIS in 2018 with a capacity of 1 petaflop per second, the task of forming a compact highly professional technical team of engineers, architects and system administrators was also solved. It would be impossible to create the supercomputer as well as develop and operate the computing complex without the team.

Now the supercomputer has 74 computing nodes, 26 nodes with powerful graphic accelerators with tensor nuclei for deep machine learning, each of which includes four NVidia Tesla V100 with NVLink and GPUDirect RDMA; and a data-storage system with a parallel file system for 0.5 petabytes.

The supercomputer power consumption does not exceed 90 kW.

Milestones in the development of the “Zhores” supercomputer:

On the day of the presentation, at the meeting of Advisory Scientific Board of Skolkovo Foundation the co-chair of the board and Nobel laureate Zhores Alferov received a symbolic key to the supercomputer. 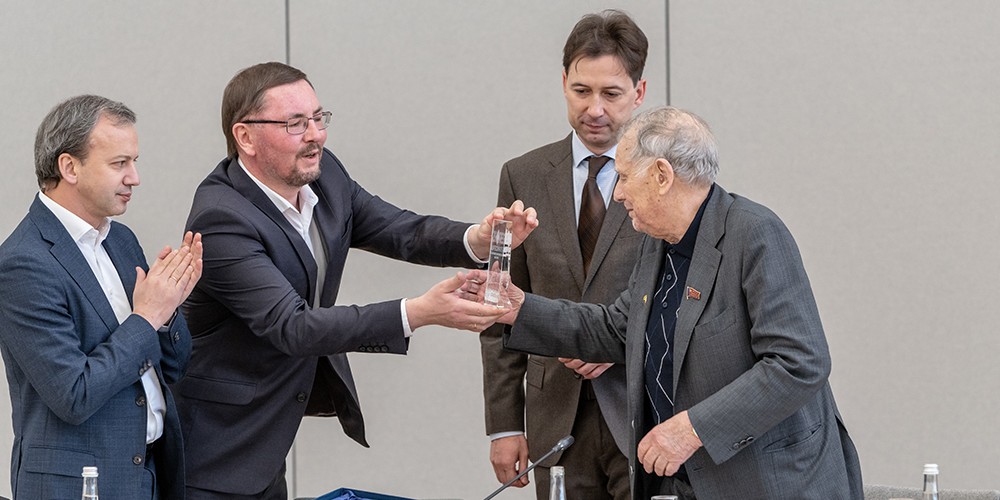 Skolkovo Institute of Science and Technology (Skoltech) – a non-governmental scientific and educational institution. Founded in 2011 in cooperation with Massachusetts Institute of Technology (MIT), the institute trains a new generation of researchers and entrepreneurs, develops scientific knowledge and promotes technological innovation to solve critical challenges facing Russia and the world in the new millennium. Skoltech builds its work based on the experience of the best Russian and international educational and research institutions, with a special emphasis placed on teaching entrepreneurial and innovative activity skills. Website: https://www.skoltech.ru

Skolkovo Foundation – a non-commercial organization, founded at the initiative of the President of the Russian Federation in September 2010. Foundation Goal: the creation of an ecosystem that is favorable to the development of entrepreneurship and research in the following areas: energy-efficiency and energy saving, nuclear, space, biomedical, and strategic computer technologies and software. The Foundation is responsible for the management of the Skolkovo Innovation Center, whose activities are regulated by a special law, providing special economic conditions for startups that have undergone specific external technical examination (there are now more than 1800). In 2017, aid for Skolkovo companies/participants amounted to 79 billion rubles, while joint aid over 8 years of the project’s existence reached 250 billion rubles. About 30 thousand people work at startups and of these more than 5 thousand work onsite at Skolkovo. More than 1300 developments and technological solutions have been patented. An important part of the Skolkovo ecosystem is the research institute – Skolkovo Institute of Science and Technology (Skoltech), founded and operating with the support of Massachusetts Institute of Technology. Skolkovo Innovation Center infrastructure – funded by the federal budget – that is now complete: Technopark, University, university prep school, road and engineering infrastructure. About 500 thousand square meters have come into operation. Over the next 3 years, that number will double. Website: www.sk.ru