The Skolkovo Institute of Science and Technology (Skoltech) recently came second in the “Communication Laboratory 2019” competition, Russia’s first professional award in science communication, losing only to the Higher School of Economics (HSE,) and winning second place in the “Experiment” category.

The Communication Laboratory 2019 awards were presented at the 3rd All-Russian Annual Forum of Science Communicators hosted by the Association of Communicators in Education and Science (AKSON) and ITMO University in St. Petersburg. Competing for this coveted award, Skoltech presented its two 2018 projects: a special issue of Schrödinger’s Cat, “Digital Natives,” published last February, and the sci-comic book “That’s True,” released in December 2018.

“Your sci-comic book made a big splash!” said the Chairperson of the Award Organizing Committee and AKSON President, Alexandra Borisova, excitedly.

Upwards of 300 participants from across Russia attended the Forum, which featured round tables and discussions within 13 sub-forums and about 50 speakers from Russia, Norway, Spain, and other countries. Deputy Head of the Skoltech Student Outreach and Recruitment Office, Danil Petrushin, and Skoltech’s Project Manager, Inessa Grigalyunene, presented the sci-comic project at the discussion, “Best Practices in Science Communication.” 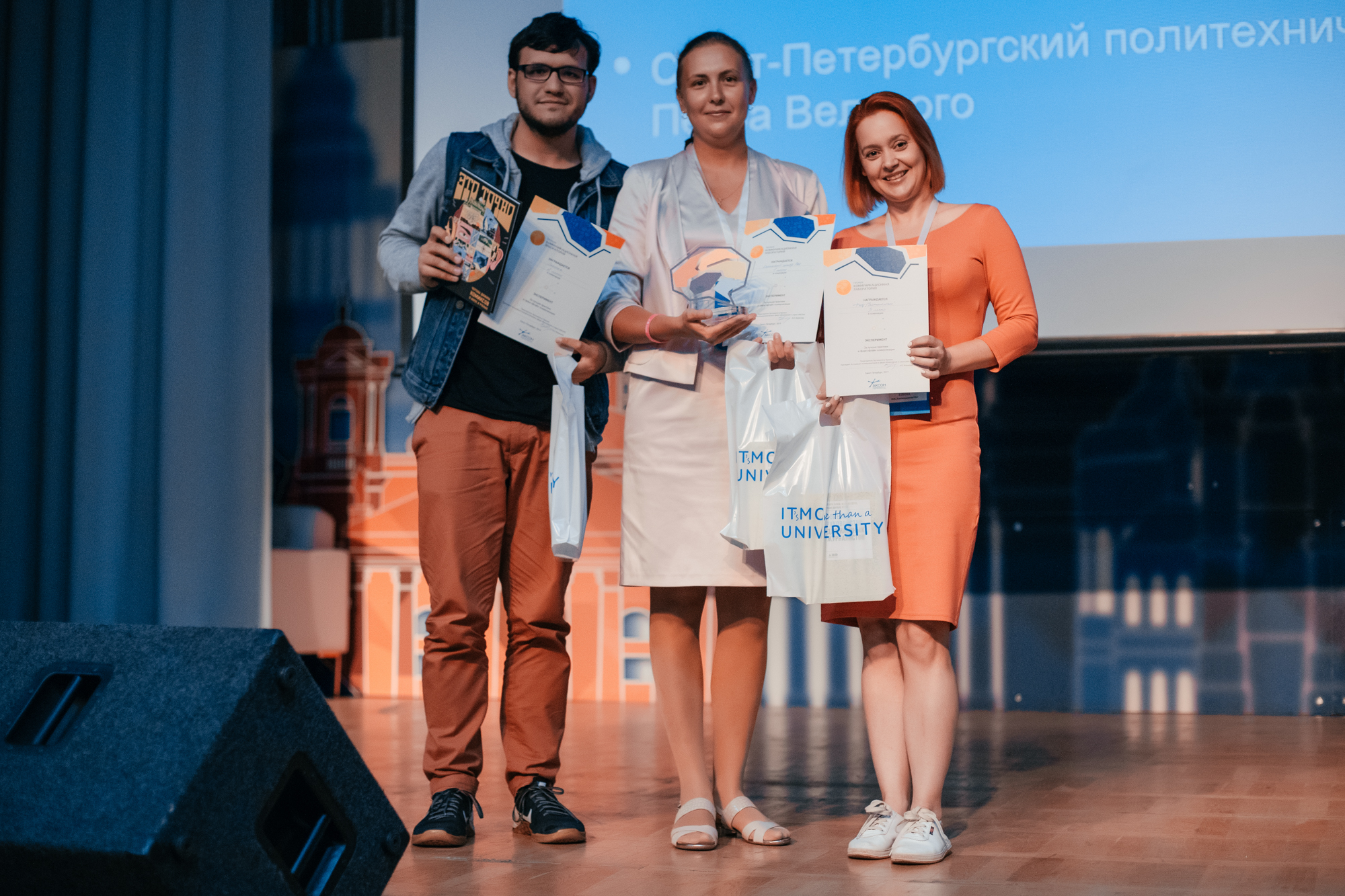 “The projects we presented in the different categories are about experiments which are undertaken to validate a hypothesis rather than gain an award. While the audience’s interest proves the value of a project, recognition of our projects by the professional community proves that communicators are eager to graduate from stale formats to something new, which means that next season we are in for some new exciting projects,” said Petrushin. 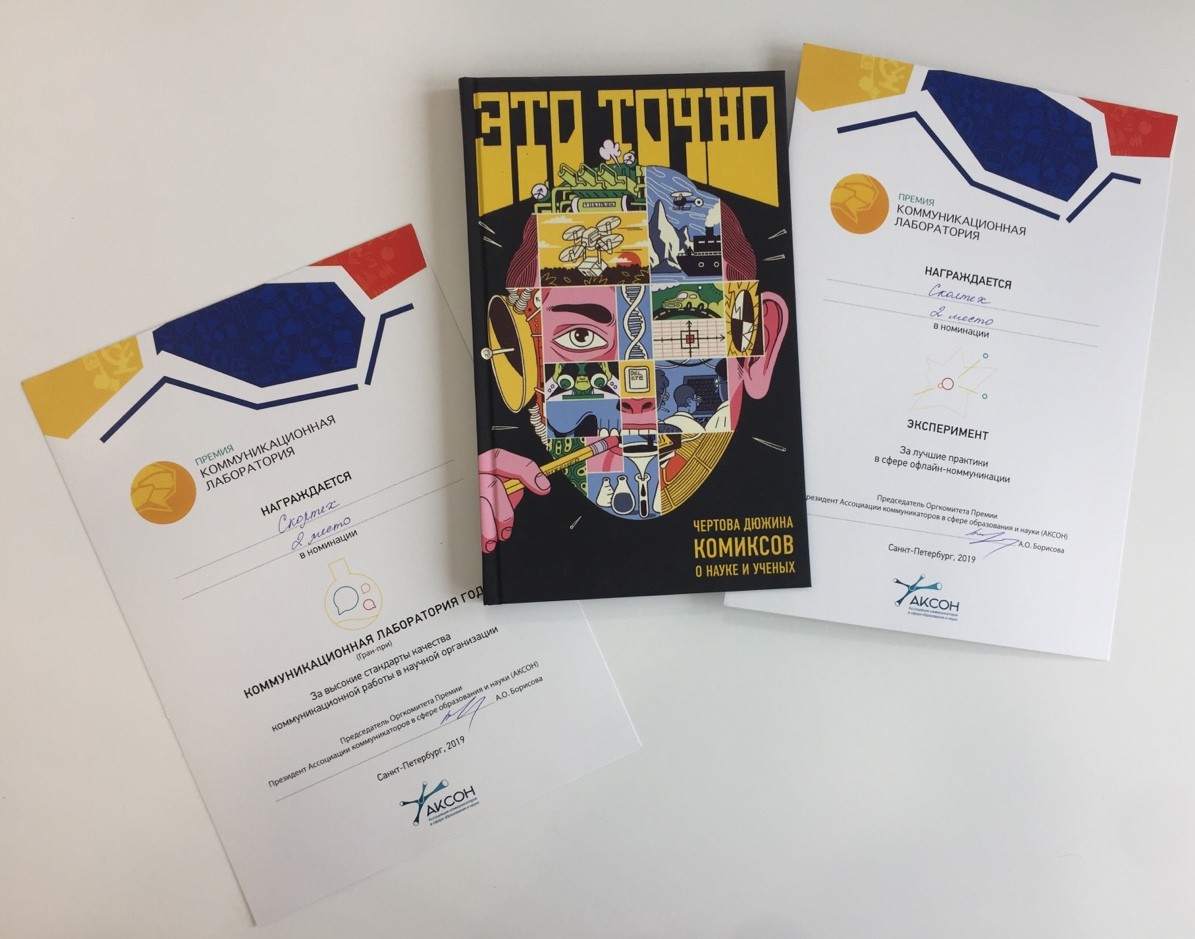 The Communication Laboratory 2019 Grand Prix winner is the National Research University, Higher School of Economics (HSE), which exhibited a remarkable quality of communication in all the areas of activity. The Siberian Branch of the Russian Academy of Sciences (SB RAS) gained third place.

The jury panel was made up of media-active scientists, science journalists, employees of PR offices at development institutions and high-tech enterprises, and Grand Prix winners of previous years. According to the award rules, the winner will not compete for next year’s award but will host the next science communicators’ forum.

Russia’s first professional award in science communication, Communication Laboratory aims to involve the scientific community in the popularization of science and new technologies, bolster communication competences at educational and research institutions, and foster science communication as an indispensable element of the innovation ecosystem. The Communication Laboratory award was established by the Russian Venture Company (RVC) and the Association of Communicators in Education and Science (AKSON). Its winners from previous years include MIPIT’s media office and the St. Petersburg ITMO University, last year’s Grand Prix winner. In 2020, the forum will be hosted by the 2019 winner, HSE.