Skoltech’s Center for Energy Science and Technology and industry partner, Map Maker, have been working together to improve a MIG icing monitoring system that can minimize the effects of ice on power lines in areas that experience very cold winters (northern Russia, Canada, northern United States, Scandinavia). The device was on display at the Assembly of the Russian Meteorological Service in St Petersburg on October 15, the largest gathering in Russia of meteorologists and developers of meteorology related technology. 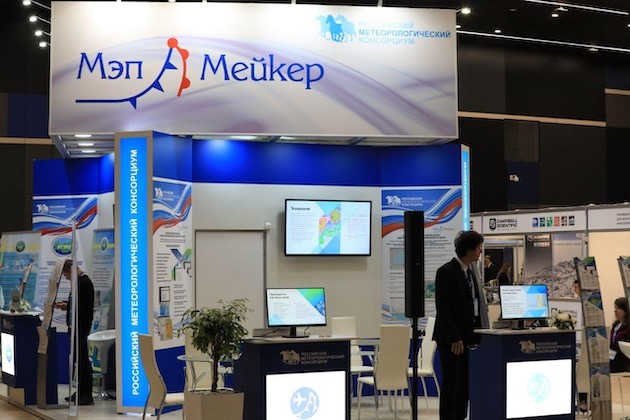 The project aroused great interest among meteorologists and journalists and, as a result of participation in the forum, new partnerships were established with the scientific community; thus, the team faced new tasks for implementation together with meteorologists. 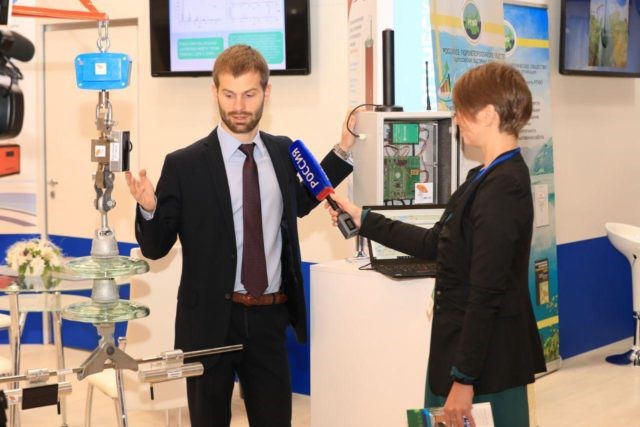 What does the MIG icing monitoring system do?

Developed at the Skolkovo Innovation Center by order of the Scientific and Production Center of SPC Map Maker, this updated version of the systems stations not only monitors icing intensity on power lines, but also uses short-term ice forecasting software for overhead power lines. The original version of the MIG icing monitoring system station is in use in the Karelia, Saratov, Murmansk, and Volgograd regions. To date, more than 60 monitoring system posts have been installed in Russia.

1. It is equipped with a professional meteorological station with precipitation rate and type sensors, light sensors, and a heated ultrasound wind sensor. The idea is to provide the necessary information on meteorological conditions to plan for the ice-melt rate as well as other anti-icing measures.

2. The wire temperature and phase conductor suspension tension measuring modules are completely wireless and standalone (the require no maintenance during module lifetime), are equipped with a photovoltaic panel (solar panel) and, if necessary, a device for power takeoff from the phase conductor. The wire temperature data is used for melting control in order to prevent the wire from overheating. The modules use a radio data link, which significantly simplifies installation and increases the station’s operational reliability during thunderstorms. 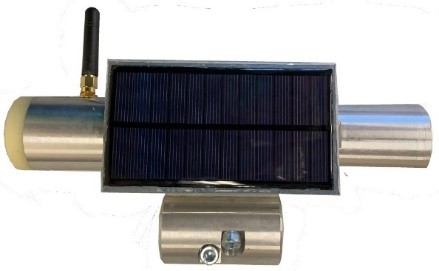 3. The 100-Watt photovoltaic panel is heated by means of an accumulator if it is exposed to icing. The consumption of the power used by the station has been decreased to 2.5 Watts. The panel is equipped with a protective visor, which means that the station can be used in any area during long winter periods with a high frequency of ice formation. 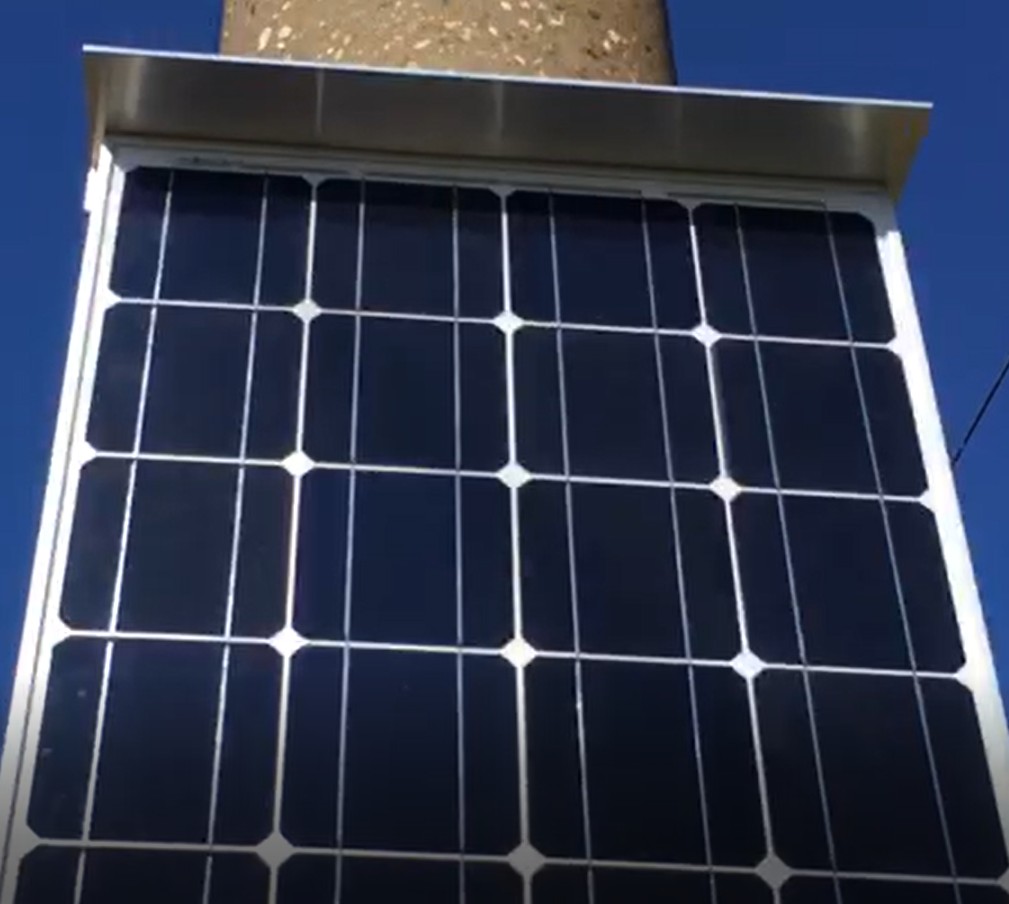 4. The system nodes were fully redundant: two batteries, two radio and a GSM modem, two control cards, and two independent batteries in each sensor. This allows you to maximize the reliability of the system in the harsh operating conditions of overhead power lines. 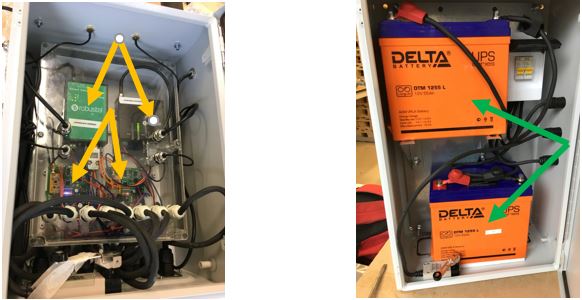 5. MIG 2.0 software has been significantly improved. Now, in addition to the current icy situation, Gismeteo climate forecasting data has been integrated into the software. In addition, the telemetry data can now be integrated into any Windows or the Linux SCADA system. Improving the convenience of working with telemetry data will allow operating services to increase the efficiency and reliability of the operation of power systems during the ice season.

The next steps in collaboration

The next stage of cooperation will be the pilot operation of the new post icing intensity monitoring system MIG 2.0. This will be done  in real conditions on overhead lines located in the PJSC Rosseti operational responsibility zone – Rostovenergo branch. The pilot project will be carried out in the autumn-winter period of 2019-2020 and the results on the effectiveness of the system will be received in April 2020.