It took mathematicians over 350 years to prove Fermat’s Last Theorem ‒ one of the biggest mysteries of mathematics of all time. First conjectured by Pierre de Fermat in the 17th century and jotted down on the margins of a book, it stipulates that no three positive integers a, b and c satisfy the equation an + bn = cn for any integer value of n greater than 2, as opposed to the Pythagorean equation for n = 2.

Enthused by this seemingly simple statement and the fact that Fermat claimed to have the proof but no room for it on the margins, mathematicians from all over the globe attempted to solve this puzzle for over three centuries.  René Descartes, John Wallis, Leonhard Euler and other great minds engaged in this formidable task but to no avail, until Andrew Wiles finally found the answer in 1995, basing his proof on the latest advances in the number theory and algebraic geometry.

Alexey Zaytsev, a Leading Research Scientist at Skoltech, will unveil the amazing history of the theorem and its proof, focusing on the most recent chapters of this breathtaking story. 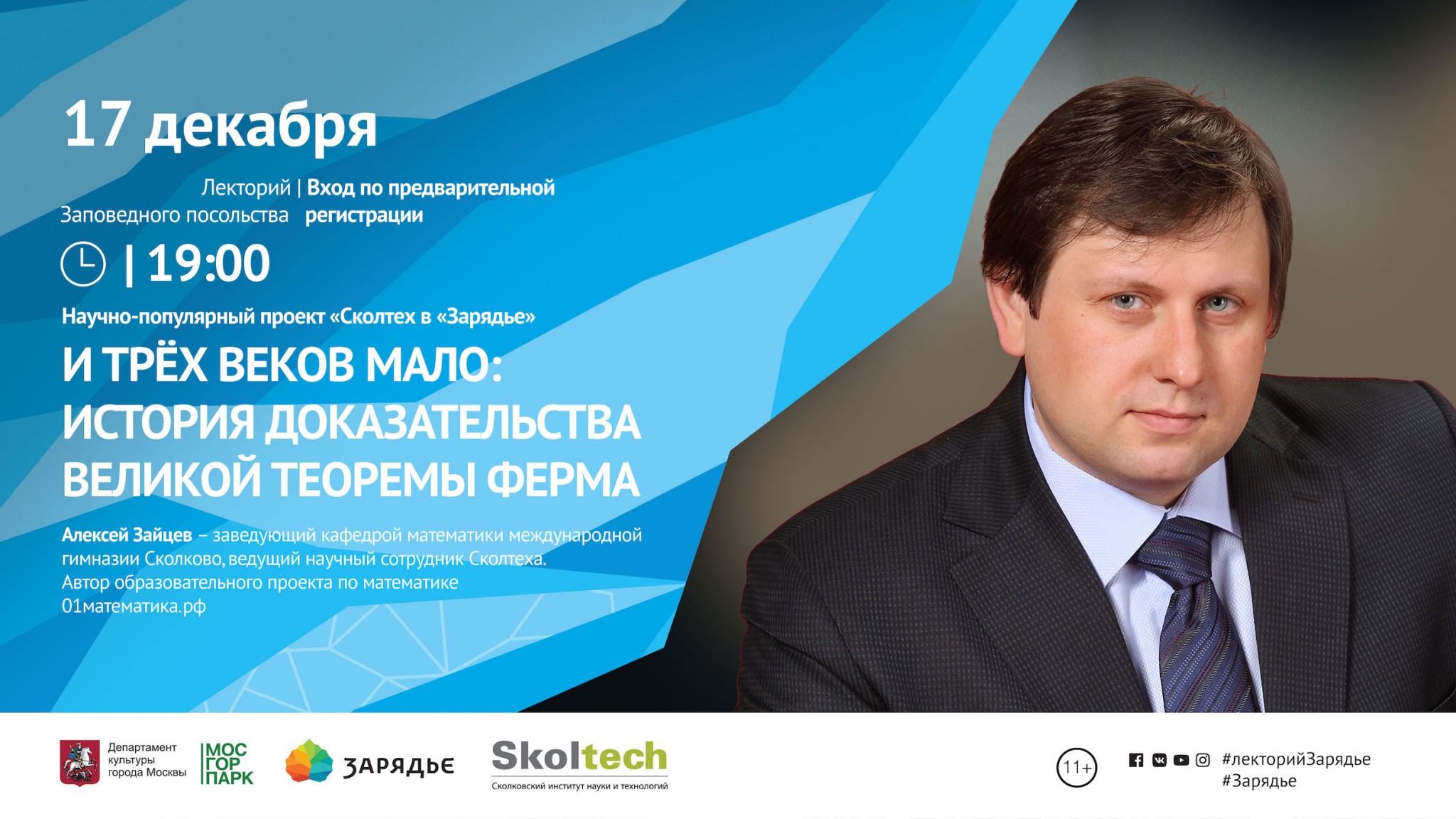 Head of the Mathematics Department at the Skolkovo International Gymnasium, Leading Research Scientist at Skoltech and the author of the 01математика.рф educational math project.