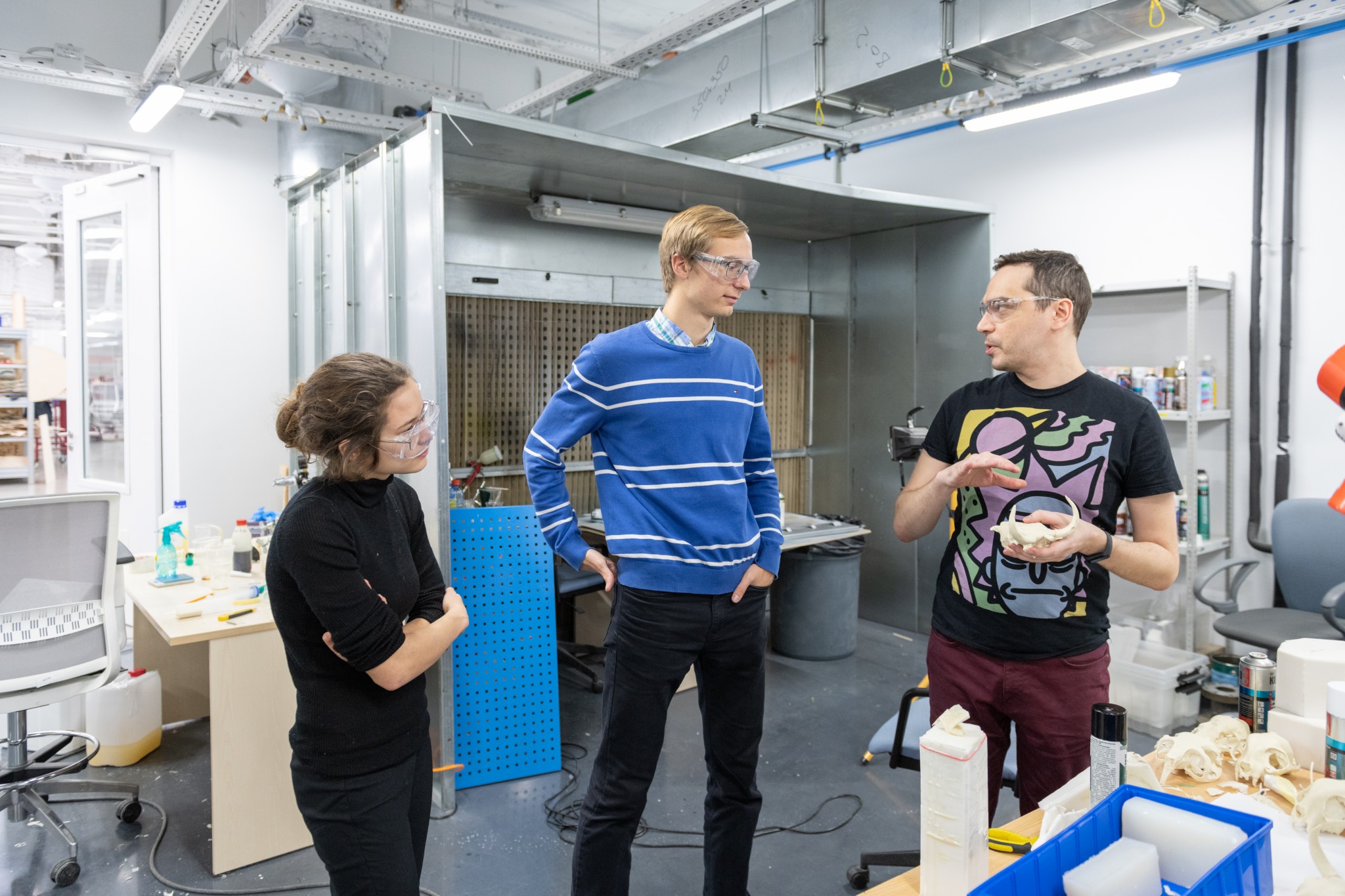 Over the last month, two MIT undergraduate students, Aaron Makikalli and Claire Traweek, have been teaching high school students at the Skolkovo Gymnasium. During an interview, they described their experience and their impressions of Skoltech as a whole.

What expectations did you have before visiting?

“The one thing that was different this time round is that the new campus is here. When I was last visiting, it wasn’t!” said Claire, who had studied in Moscow two years previously.

“I didn’t know what to expect, if I’m honest. I didn’t think Moscow would be so huge; the metro is massive, the walks are long, the architecture impressive, and it’s cool to be in such a large scale city,” he said.

How did you hear about Skoltech?

“I heard about it through Professor Crawley of MIT who helped found the Institute,” said Claire.

“I came across the name through international fellowships, so I was aware of it but not in great detail,” said Aaron.

Skoltech was founded in collaboration with MIT; what differences and similarities do you see between the two?

“A key similarity that I see in both institutions is a passion for innovation in science, technology and engineering,” said Aaron.

“What I saw in the FabLab reminded me very much of some of the major spaces in MIT; it operates very similarly, and I found that cool,” said Claire.

If you had the opportunity to work and study in collaboration with Skoltech, would you be interested?

“Based on what I’ve seen, absolutely,” Aaron replied with enthusiasm. “I think it would be a great opportunity, especially given that it has very similar values to MIT regarding innovation.”

“Yes,” said Claire. “I love seeing so many motivated people who are excited about their research.”

Describe your experience teaching at the Skolkovo Gymnasium. What was it like?

“Even though I’m not considering a teaching career, it was a fun and interesting experience,” said Aaron. “The pupils themselves were only a few years younger than us, so it was easy enough to connect with them.”

“I’ve had a great time,” said Claire. “I liked the fact that the school focuses on innovation. We taught them a range of subjects such as biology, physics, mathematics, theory of knowledge, physical education, and computer science. I even taught them to make mods for Minecraft!”

“I really value my experience in coming here,” said Aaron. “Seeing firsthand everything that is happening at Skoltech is quite something. I think it’s an exciting time and I’m very interested to see where the Institute will be in the next ten to twenty years, because it is already becoming a global force,” said Aaron

Claire Traweek is a mechanical engineering undergrad student. Claire plans to work for her lab and their startup, and intends to go to graduate school at a later stage.

The Global Teaching Labs (GTL) gives MIT students to opportunity to teach at high schools around the world during the month of January. Students prepare courses on science, technology, engineering and mathematics (STEM), subjects that complement the school’s curriculum.

It is a great opportunity for high school pupils to receive teaching from students of one of the world’s top technology universities.

The International Gymnasium of the Skolkovo Innovation Center is a nonprofit co-ed day school subsidized by the Russian Government through the Skolkovo Foundation. It is a significant part of the Skolkovo Ecosystem. For more information, see link.