Viktor Vekselberg, Chairman of the Board of the Skolkovo Foundation, shared some insights into the Skolkovo ecosystem and Skoltech as its primary element, with Ksenia Chudinova, Editor-in-Chief of Snob magazine.

Ɔ. What is Skolkovo as you see it?

− You may be surprised to hear that the Skolkovo Foundation is a non-profit organization which neither engages in development activity nor establishes startups. Skolkovo offers an environment that helps newly born companies to get established and rise to a certain level.

The environment I’m talking about is as a combination of several key elements. There are 5 of them, well, 4 and a half, to be more exact.

Its first element is Skoltech, an independent research university that includes the basics of entrepreneurship in its educational offerings. Formally, Skoltech and the Foundation are not related and have different founders. The government endowed the Foundation with the right to provide Skoltech with grant support and follow up on the grant-funded activities. Today, Skoltech ranks among the top universities in Russia and beyond, even though it is not a classical university in the strict sense of the word, as it offers Master’s and PhD programs and no undergraduate programs. 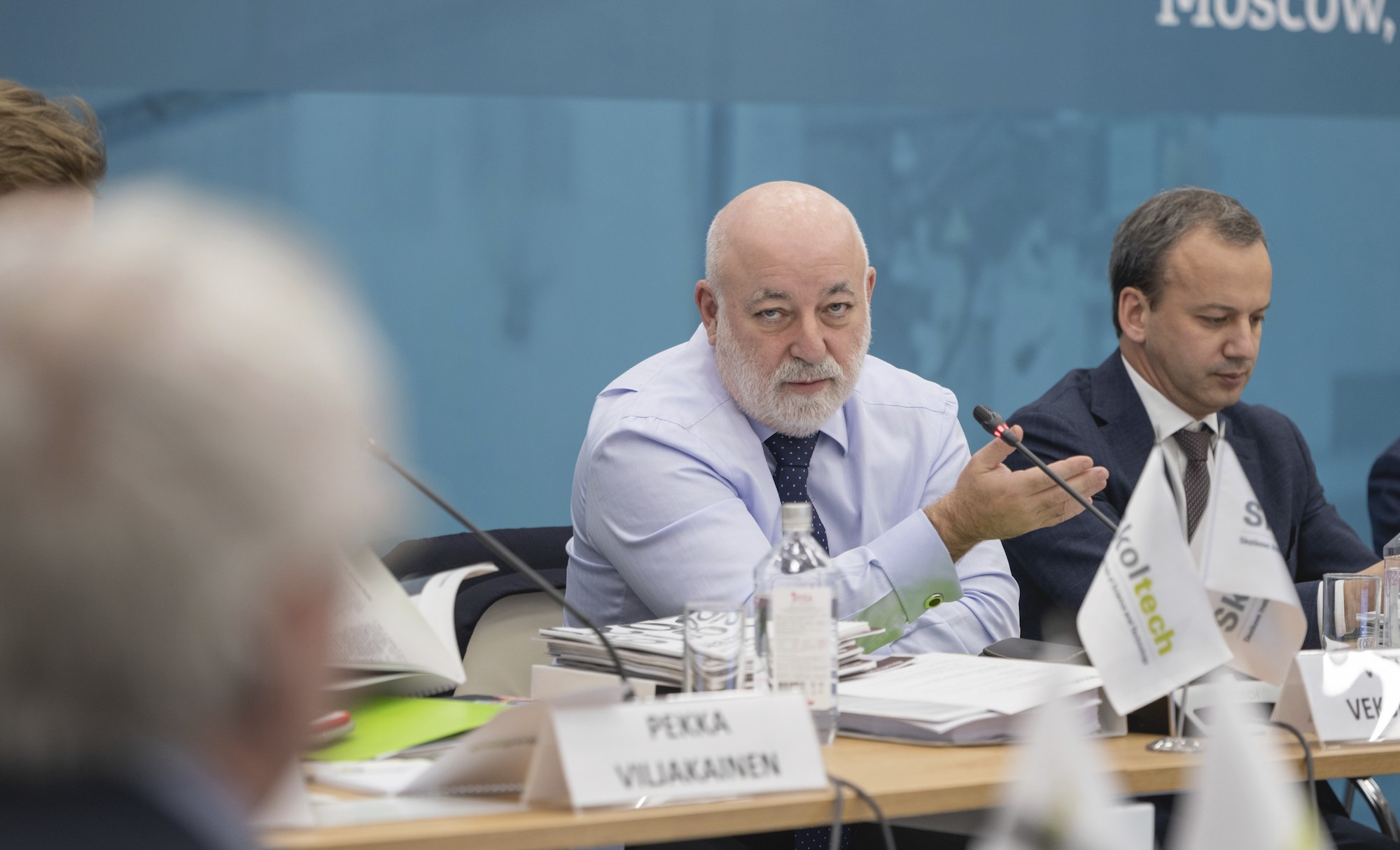 − Winning the award is great, but this is not the main thing. Most importantly, we have succeeded in creating a totally new type of research university in Russia. The fact that the Massachusetts Institute of Technology (MIT) has been deeply involved in establishing and building Skoltech from the very first day is one of the reasons why Skoltech is truly special. It is also a reason why an MIT professor, Edward Crawley, is Skoltech’s Founding President.

Integrating education with research and entrepreneurship is the key tenet of Skoltech’s strategy. As I said, Skoltech does not offer bachelor’s programs and recruits undergraduates with good background who wish to realize themselves both in science and technology business. Perhaps Skoltech will have undergraduate programs someday.

The institute’s educational and research activities are closely interlinked with a broad spectrum of fields in science, engineering, and innovations, which makes Skoltech highly appealing for applicants and explains the high admission ratios of 1:30 for Russian students and 1:100 for international students − plenty of candidates to choose from!

Skoltech’s strategy is already yielding some dividends: between 2013 and 2019, Skoltech faculty and researchers published joint papers with scientists from over 900 universities worldwide. In 2019, the average number of papers per faculty reached 6.3. Thanks to its high publication rate and other achievements, Skoltech entered the TOP100 Nature Index 2019 Young University ranking (universities under 50 years).

To learn more about the other elements of the Skolkovo ecosystem, such as the Technopark, the financing structure, project quasi-customers and its live social environment, including the Skolkovo Gymnasium, which help create a setting conducive to innovations, read the full version of the article here (in Russian).