“Skoltech in ARHE”, a joint project of the Skoltech and the ARHE Cultural and Educational Center

While staying at home, join us on a virtual mission to Mars on April 12, the Cosmonautics Day, to learn more about space and tour the favorite planet of scientists, fantasy writers, and dreamers! 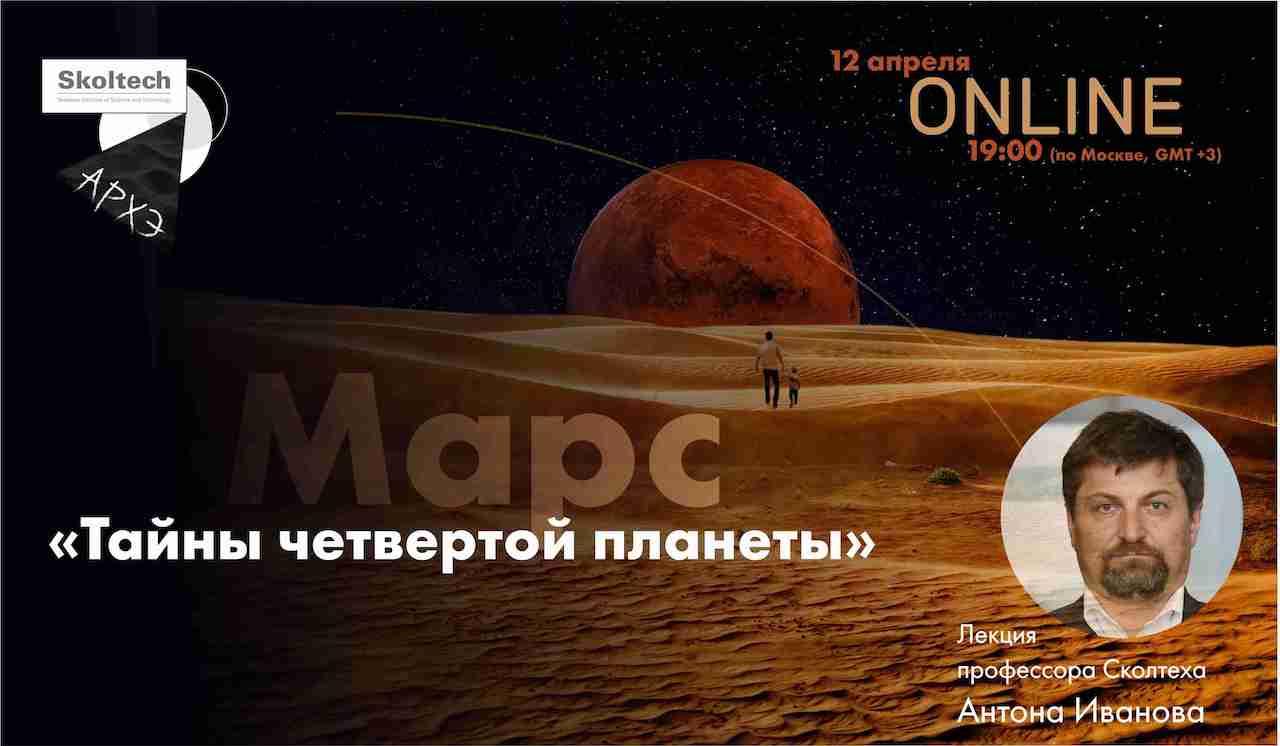 Although the best-known planet in the Solar System after Earth, Mars still holds a lot of mysteries that intrigue scientists around the world. What happened to the floods, rivers and small lakes it used to have in the distant past? Could there be life in Martian water contained in the huge ice reserves discovered on Mars in the past few years? Why do dust storms rage on Mars and how long do they last? When will man fly to the red planet? What are the chances of building colonies on Mars? Or will it be populated by robots only?

Professor Anton Ivanov, director of the Skoltech Space Center (SSC), will explain why it is essential to continue exploring Mars, looking back at the successes and failures of the Soviet space program.

Professor Anton Ivanov, director of the Skoltech Space Center (SSC), graduated from MEPhI in 2000 and earned his PhD degree in planetology from the California Institute of Technology (Caltech). He worked at the NASA Jet Propulsion Laboratory (NASA JPL) where he was involved in Mars Global Surveyor, Mars Odyssey, Mars Express, and Mars Science Laboratory projects. He did research at the Swiss Space Center at the Ecole Polytechnique Fédérale de Lausanne  (EPFL). Anton took part in CubETH and Astrocast projects and led the study phase for the CHEOPS satellite. The lab that Anton directs at Skoltech specializes in strategic R&D for new generation space systems.