The science project led by a Skoltech professor, Vladimir Zakharov, has been named the Russian Science Foundation (RSF) grant winner in the Physics and Space Science category for 2019. Zakharov’s project is concerned with turbulence and coherent structures in integrable and non-integrable systems.

Vladimir Zakharov: “I was delighted to hear the news. I believe this is a well-deserved award for the impressive results that we have obtained and continue to elaborate, moving towards our goal: a predictive theory of ocean waves and a theory of rogue waves (or freak-waves). These would apply both to ocean waters and optics and help optimize optical calculations, as these two seemingly different fields use very similar mathematics.” 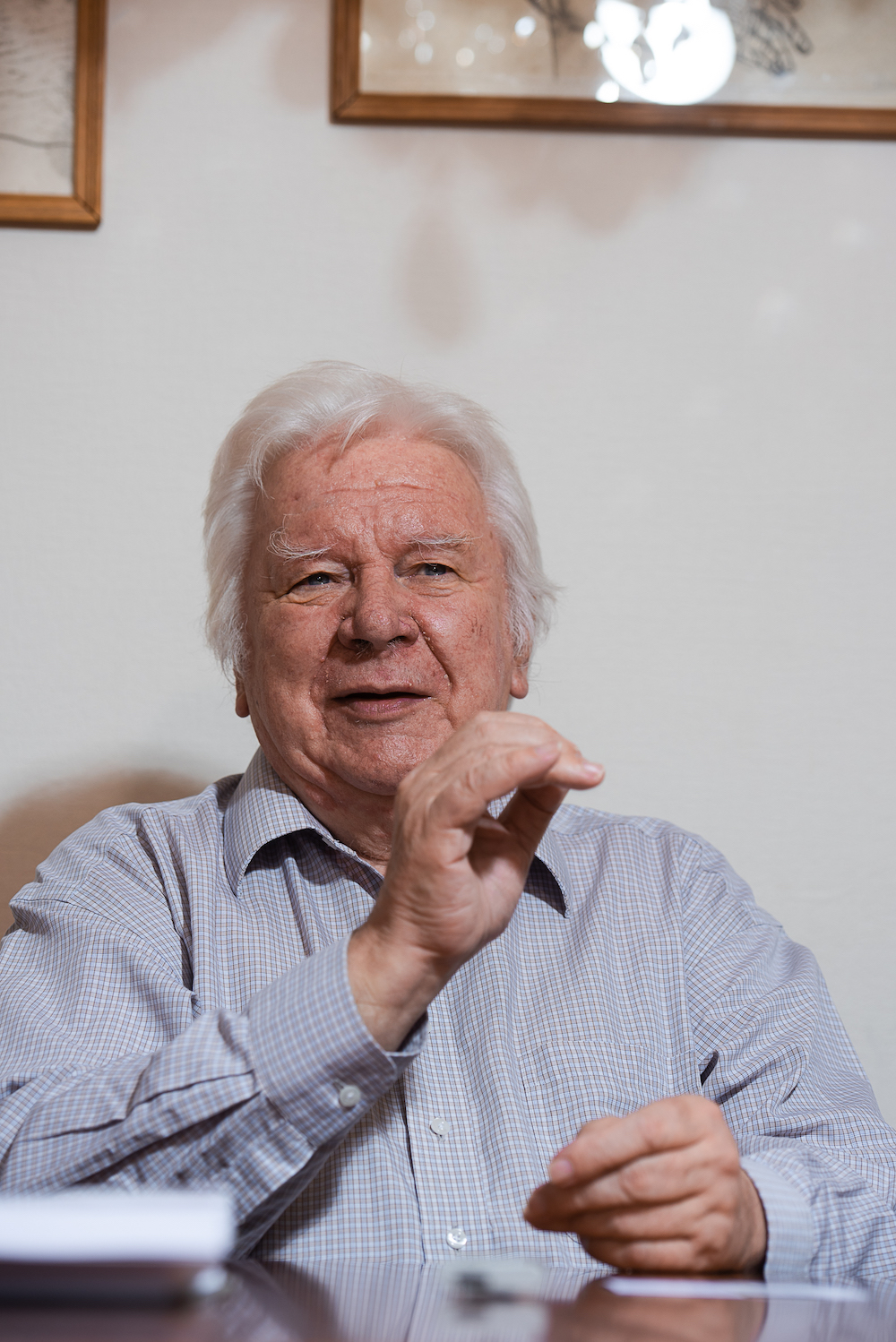 Vladimir Zakharov is a renowned Russian and Soviet mathematician and physicist, a Full Professor at the Skoltech Center for Advanced Studies (CAS), a Full Member of RAS, a two-time State Prize Laureate, and a Dirac Medalist.

A group of scientists led by Vladimir Zakharov created a series of unique models and algorithms that provide more accurate descriptions of the mechanisms behind rogue waves that cause major disasters in the oceans.

Huge solitary waves (solitons) with heights of 20 to 30 meters that behave differently from ordinary sea waves. They are particularly dangerous for ships and offshore structures. Zakharov’s project looks at ocean wave turbulence – an excitation of wind waves – and the possibility of predicting rogue waves, which would serve many practical purposes.

Electromagnetic solitons similar to ocean rogue waves can also arise in optical transmission lines, posing a threat to their integrity.

Zakharov and his team have developed several important tools facilitating the study of rogue waves, such as a software code that calculates various wave formation parameters. Thanks to its underlying algorithm, which is more accurate and faster compared to its predecessors, the scientists learned more about the emergence of swell waves that form after the storm and linger for a long time. Also, they identified the starting point for an ensemble of waves propagating against the wind. The scientists proposed a simplified and improved version of the cascade model of turbulence that helps better discern the structure of the wave’s steepest parts. The new tools will provide more accurate patterns of rogue wave formation, while offering fresh insights into how to predict their emergence and movement in the oceans and protect ships and marine infrastructure against the threat.

Established at the initiative of the Russian President in November 2013, RSF is one of Skoltech’s major external grant funding partners. All RSF grant winners excelling in high-impact research for the benefit of the world science and the Russian economy and society are sure to have long-term research prospects and sufficient funding.

“Other recent RSF grant winners at Skoltech include teams doing research in Chemistry and Materials Science and Biology and Life Sciences. We hope to have more research areas supported by RSF grants. It is great news that Zakharov’s project has been named winner in Physics and Space Science. Our thanks to the Foundation for giving full marks to Skoltech projects!” says Daria Romanova, head of the Skoltech Office of Sponsored Programs.

As of April 2020, Skoltech benefited from 44 RSF grants totaling 207 million rubles per year.