Skoltech PhD Dima Smirnov and his colleagues from St. Petersburg, Alexander Saichenko, Vladimir Dvortsov, Mikhail Tkachenko, and Maxim Kukolev developed a cryogenic cooling technology and combined it with a cryogenic grinding technique to produce, for the first time ever, retail cryoground coffee.

In cryogenic grinding, roasted coffee beans are cooled down to ultra-low temperature, ground in a mill and heated back to room temperature in order to produce flavorsome and healthy coffee.

“Last year, we came across a publication in Nature’s Scientific Reports.

describing a study in which roasted coffee beans were cooled to various ultra-low temperatures and then ground in a mill. The particle size distribution was measured using laser diffraction. The researchers discovered that grinding at about 100 °C increases the uniformity of the particles by 15-20% because the beans become more fragile when cooled to ultra-low temperatures. But what about the taste? Uniformity means that there are fewer particles that are too small or too large. Smaller particles add a bitter taste, while large ones make the coffee watery. When off-size particles are few, the brewed coffee has a more vivid taste without a trace of bitterness. Our taste buds make us perceive the purity of taste as slight sweetness, but without a smidgen of sugar added,” Dima Smirnov, Skoltech graduate and co-founder of the Coffeehouse Seneca, explains.

This impressive finding inspired Dima and the St. Petersburg team to perform their own experiments. Comparing coffee ground from beans cooled to -100 °C to the beans ground at room temperature, they discovered that the beans ground under standard conditions looked more damp and sticky than the dry and powdery cryoground coffee. 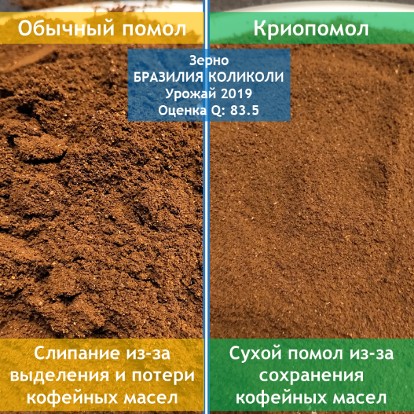 “In regular grinding, aromatic coffee oils are squeezed out through micropores in the coffee particles, react with oxygen and volatilize. This means that the brewed coffee has much fewer aromatic and healthy components. In cryogenic grinding, frozen oils cannot escape through the micropores, which helps the ground coffee to retain its freshness, aroma and health benefits for a longer time. The lower the grinding temperature, the more fragrant and fresh the coffee. This was confirmed quite a while ago by General Foods Corporation (currently Kraft Foods Group) and more recently by the tastings of our coffee at the Swiss Technopark Moba Haus in St. Petersburg,” Dima says. 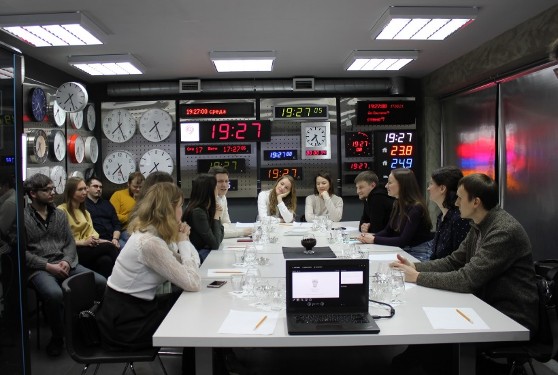 A lack of a simple and safe plug-operated ultralow temperature cooling system is a major hindrance for introducing the cryogenic grinding technology in the retail sector. In 2014, Dima and his colleagues from St. Petersburg founded Thermal Motors LLC, a company that developed a cryogenic cooling system based on cold recycling which helps significantly reduce the equipment and power supply costs and avoid using harmful refrigerants. Dima’s research conducted in collaboration with Thermal Motors under the supervision of professor Henni Ouerdane of the Skoltech Center for Energy Science and Technology (CEST), helped improve the system’s performances and launch a simple and inexpensive pilot production facility for a new retail category of cryoground coffee.

The majority of coffee buyers prefer ground coffee to whole beans:  ground coffee accounts for 60% and 45% of the retail coffee markets in Russia in Germany, respectively. Thanks to the cryogenic grinding technology, coffee lovers will be delighted to discover a more fragrant and wholesome drink.

In January, Dima launched a crowdfunding campaign to be able to further improve the new technology.