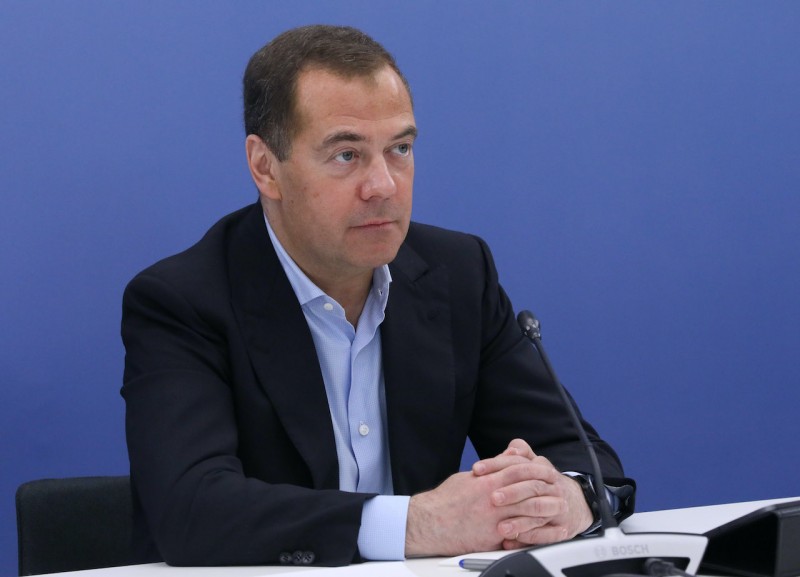 “Skoltech has gone into orbit and become a highly regarded institution that we expected it to be. I would like to thank Skoltech President Alexander Kuleshov and Viktor Vekselberg, Chairman of Skoltech’s Board of Trustees, for their increased focus on the university. Remember all the doubts and questions as to why we should need another university if we already have plenty and they are all very good? It turns out that we did need another one. Skoltech is an illustrative example of the functional interaction between science and technology scaling,” Medvedev noted.

Viktor Vekselberg and Alexander Kuleshov emphasized that the main trend of Skoltech’s development is moving on from scientific research to the implementation of nation-wide projects in the areas that are critical for the country’s advancement. 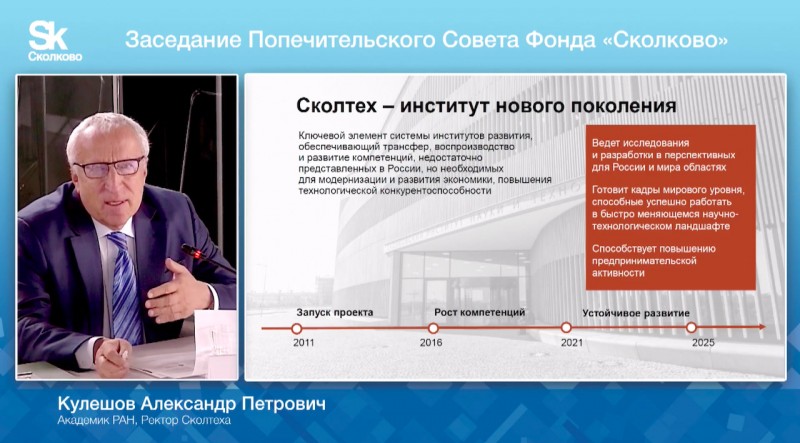 “Skoltech is a key element in the system of Russian development institutions. We have created teams in frontier research areas, such as photonics, energy efficiency, and artificial intelligence to name a few. In the areas where we are ready for technology scaling, we are establishing project centers that will make an economic impact at the national level. And certainly, Skoltech’s human capital is the main asset that we are contributing to national development,” Alexander Kuleshov said in his report to the Board of Trustees.

Summing up the discussions, Viktor Vekselberg told Skotlech’s press service that “it is essential to enhance Skoltech’s role in the system of technology development institutions managed by VEB.RF and make appropriate changes and amendments to the system reorganization concept which is currently in the making”.

Human capital was also in the limelight at the second working meeting that Dmitry Medvedev had at the Skolkovo Innovation Center, where he met with Skolkovo residents and partners. Medvedev underscored the importance of creating technology leaders which are the main driver of innovative development in Russia, regardless of how many other resources are available. “We need money, but we need people, too,” Medvedev said.

“Skoltech was among the world’ pioneers of predictive analytics and Russia was still a leader several years ago when we started on this research. Today, Russia has lost its edge, and the state should help in creating leaders,” Kuleshov said. 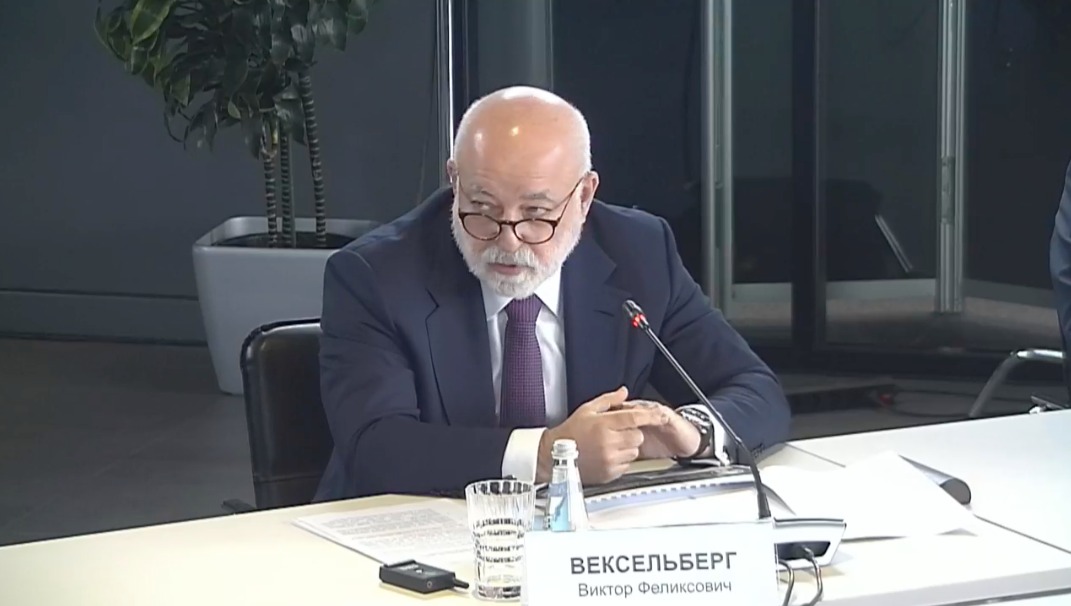 Also, the Board examined strategic matters related to the development of the Skolkovo ecosystem, as well as Viktor Vekselberg’s proposal to award the title of the Honorary Citizen of the Skolkovo Innovation Center to Academician Zhores Alferov. “Alferov is a scholar of world renown who made an indisputable contribution to global science. We were lucky to have Zhores Alferov as both an architect and an active participant of the Skolkovo project right from its inception. A global-minded person, he managed the work of the Skolkovo Scientific Advisory Council over a wide geographic scope: we held Council meetings in Stanford, Berlin, Paris, Kiev, and Minsk. We have decided to perpetuate his memory: a science park that bears his name is already open, and now we wish to award him the title of Honorary Citizen Number One.”