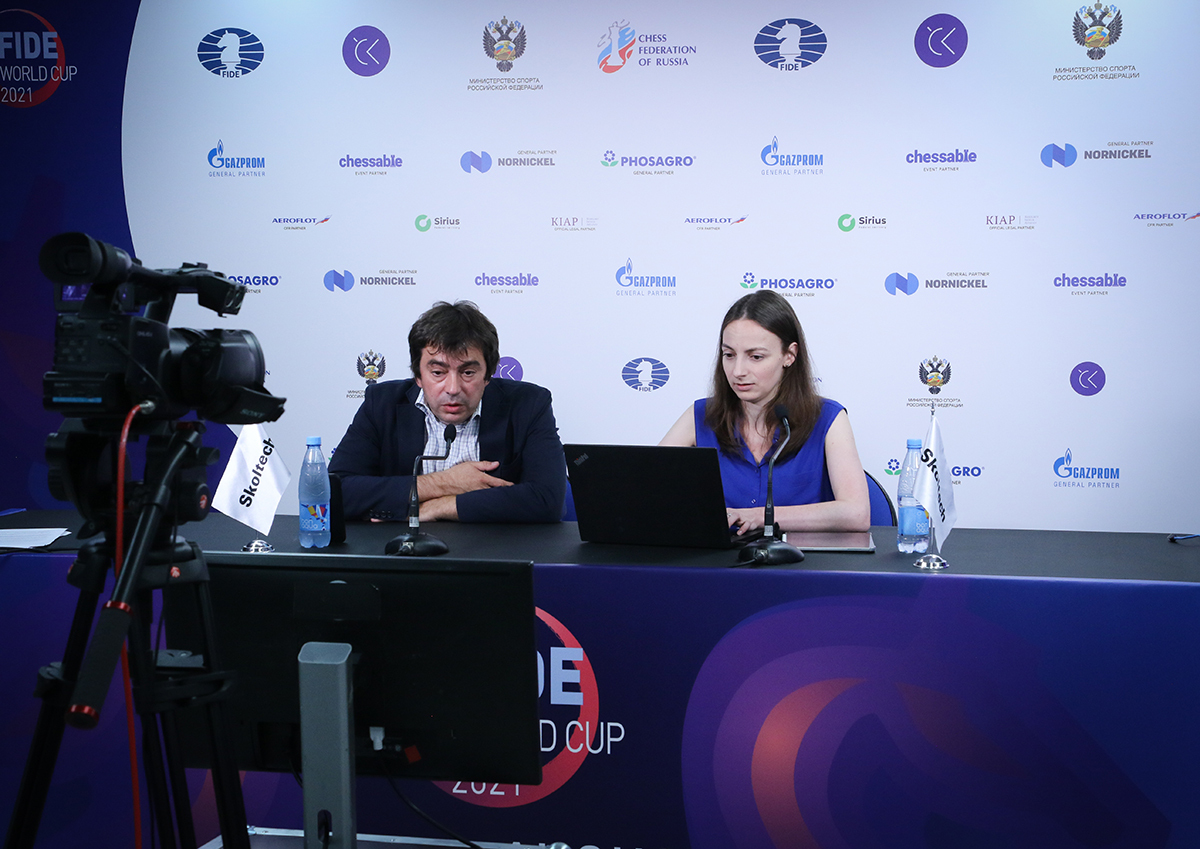 Livestreamed on YouTube, the meetup opened with a brief introductory speech by Skoltech research scientist Julia Gusak, who moderated the event and oversaw its organization behind the scenes. Julia told the audience what motivated her to create the event and suggested that such meetups could become a good tradition.

Mark Glukhovsky, Executive Director of the Chess Federation of Russia, without whom such an unprecedented get-together would not have been possible, dove right into the history of chess, with its 500 years of nearly unchanged rules and a claim on the status of the world’s most widespread intellectual game. Glukhovsky talked about the prior status of chess as a hallmark of a strategic military mind — adding that chess is a game with open information and its analogy with war is a misconception — and mentioned other chess history milestones, putting an emphasis on the advent of AI-based chess-playing machines. It was the capacity for self-learning, which enumeration-based algorithms lacked, that paved the way for a dramatic breakthrough in chess technology. 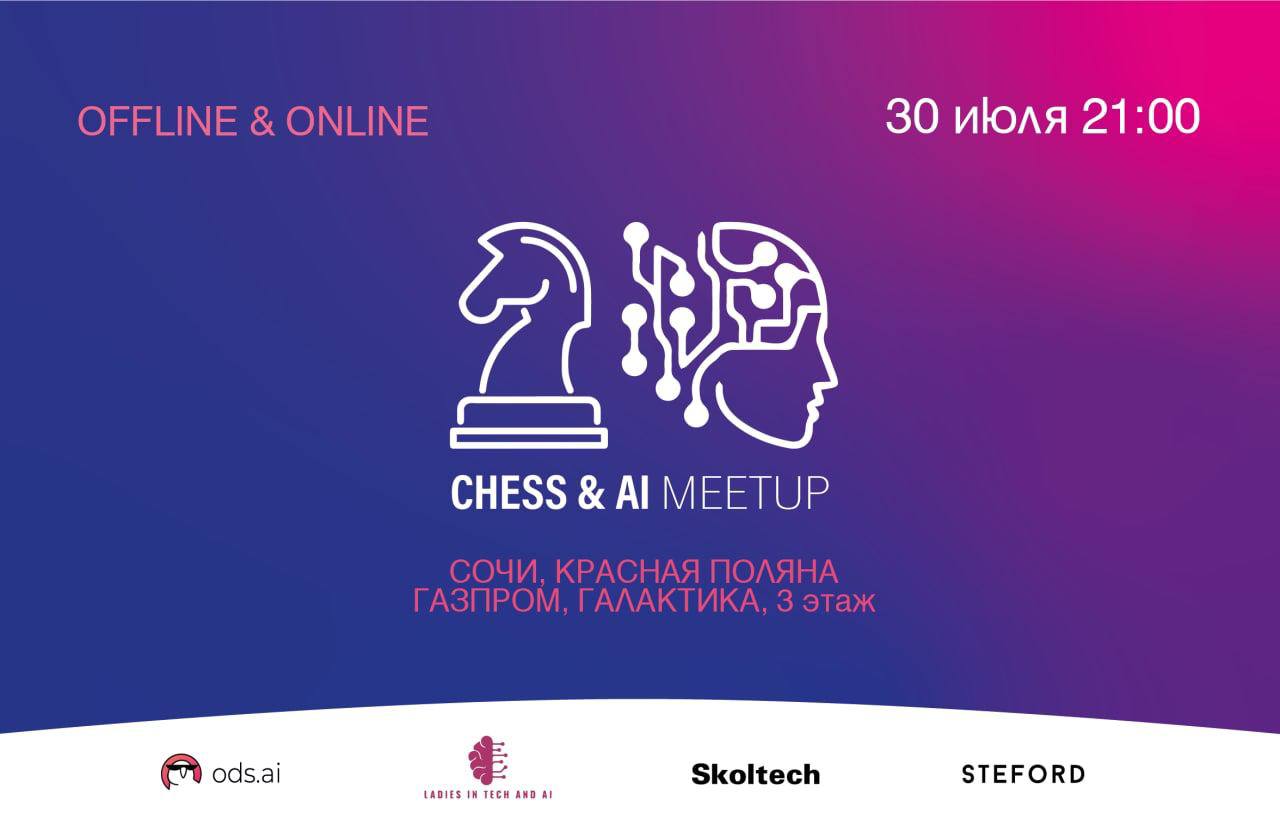 Machine learning scientists Ulrich Paquet and Nenad Tomašev, of DeepMind, talked about their research on AlphaZero, tracing its unique ability to learn from its own experience to a point when it can pass the Turing test. After Paquet explained the inner workings of AlphaZero, Tomašev discussed the research using that computer program. Together with chess pro Vladimir Kramnik, the scientists used AlphaZero to explore alternative chess rule sets, including no-castling chess and the crazier options such as a kind of chess where capturing own pieces is allowed — along with the implications for game balance and dynamics.

The subsequent discussion featured a surprise appearance by Peter Heine Nielsen, a chess grandmaster and the coach of current world champion Magnus Carlsen. He spoke about people being prone to overattribute human nature to the machines we develop and, curiously, sometimes to misattribute AI qualities to how our brains work. Musing on the possibility of some new technology ever leading to a chess AI breakthrough comparable to what happened with AlphaZero, Nielsen wondered: “How about quantum computers? Perhaps some quantum monster could someday see AlphaZero as a child, who knows.”

Sergey Rykovanov and Yuri Shkandybin from the supercomputing group at Skoltech discussed the chess AI used on the institute’s Zhores supercomputer, which integrates Stockfish as the main engine with Leela, based on a premise similar to AlphaZero. The researchers also discussed how Zhores was used to train Russian chess pro Ian Nepomniachtchi.

In the ensuing discussion, Ulrich Paquet also brought up the interesting point of the necessity to “inject precisely the right amount of noise” into a self-training system “to force punishable errors to learn from” — while you can scale up a system and play 30 games at a time, he said, if they all turn out to be stupidly identical, that is not really good for training. “This is a very difficult balance to get right,” he added.

Nielsen tackled the question about chess technology driving the game from the category of athletics-like sports toward things like motor racing. He countered by suggesting that AI has already spread to soccer, baseball, and basketball, where it is used to develop strategy and bring the coaches’ attention to previously unnoticed weaknesses and potential solutions.