Innovation Workshop mentor Irina Muhina is an expert in innovative education, artificial intelligence for small companies, data architecture, and culture code. She worked at numerous corporations and then founded iERACUS — the Educational Center for Art and Science, which she finds similar in spirit to the workshop at Skoltech. We talked with Irina about the entrepreneurial mindset, creativity in science, student “robotization,” and putting people development, passion, and team dynamics before immediate profits. 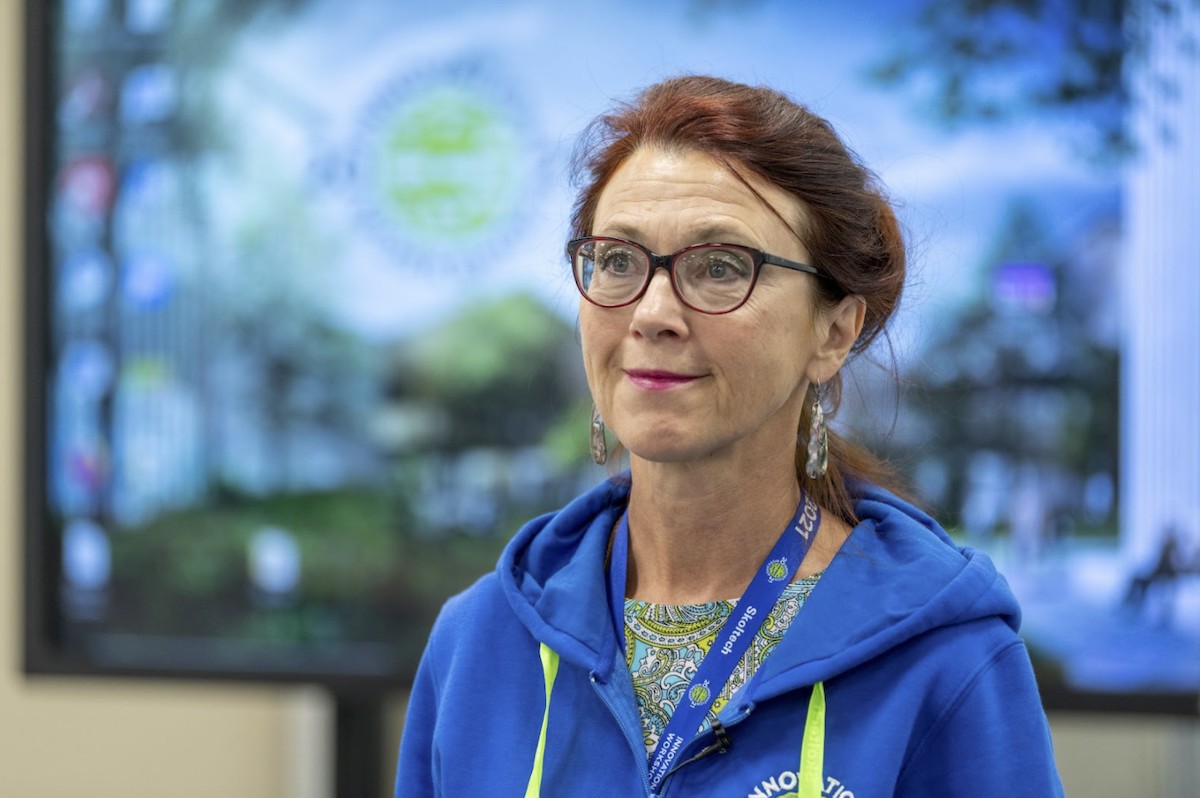 Q: What do you think about the format of the event?

A: Here, for the first time I met the reality when business education totally, absolutely conceptually changed the way for students to become proactive. I really like this idea. In a corporate setting, as a project or integration manager, I am used to corralling teams together to support something that the corporation needs. Now’s the first time I’m faced with a team of students doing that, who just met each other.

A: I don’t think this type of event is age-driven: It’s more stage-driven. If a person decides to switch into the entrepreneurial mode, it can happen early or later in life. But you have to change your mindset. This is basically how I see this workshop: as an opportunity to transform one’s mental model of education from the academia to the business-oriented one.

If you have been trained in a more classical environment, where you have a professor teaching you a subject, then this is the way you approach any problem. (And mostly, this classical education is about working by yourself.) But when you enter the entrepreneurial mode, you have to learn skills by practicing them. And you are valued and certified based on the way you deliver the product from the idea to the startup. This is different from what the students were used to and this is what they came to Skoltech for. So, this workshop — when introduced in the first month of their master’s — gives the students a chance to understand: This is the new life for me, and it’s not a life that professors are going to teach me.

Many of them were questioning the idea. They kept saying they didn’t know enough to be innovative and entrepreneurial. That they would rather have it at the end of their two-year program. And this is where we had quite a few discussions, with me saying it was a unique opportunity — if they took the idea of their project proactively and used this first month as a kickoff for a new prototype into their future. And many students responded favorably to that.

What’s most important to me is the ability to be proactively focused and dedicate time, effort, energy, focus, and say: “Here I am. I would like to become a successful entrepreneur. I need to practice it, and it may not be ideal at first, but I’m not giving up.” Overall, it’s not primarily about a participant’s knowledge, but what I call their maturity level — taking responsibility for one’s life. 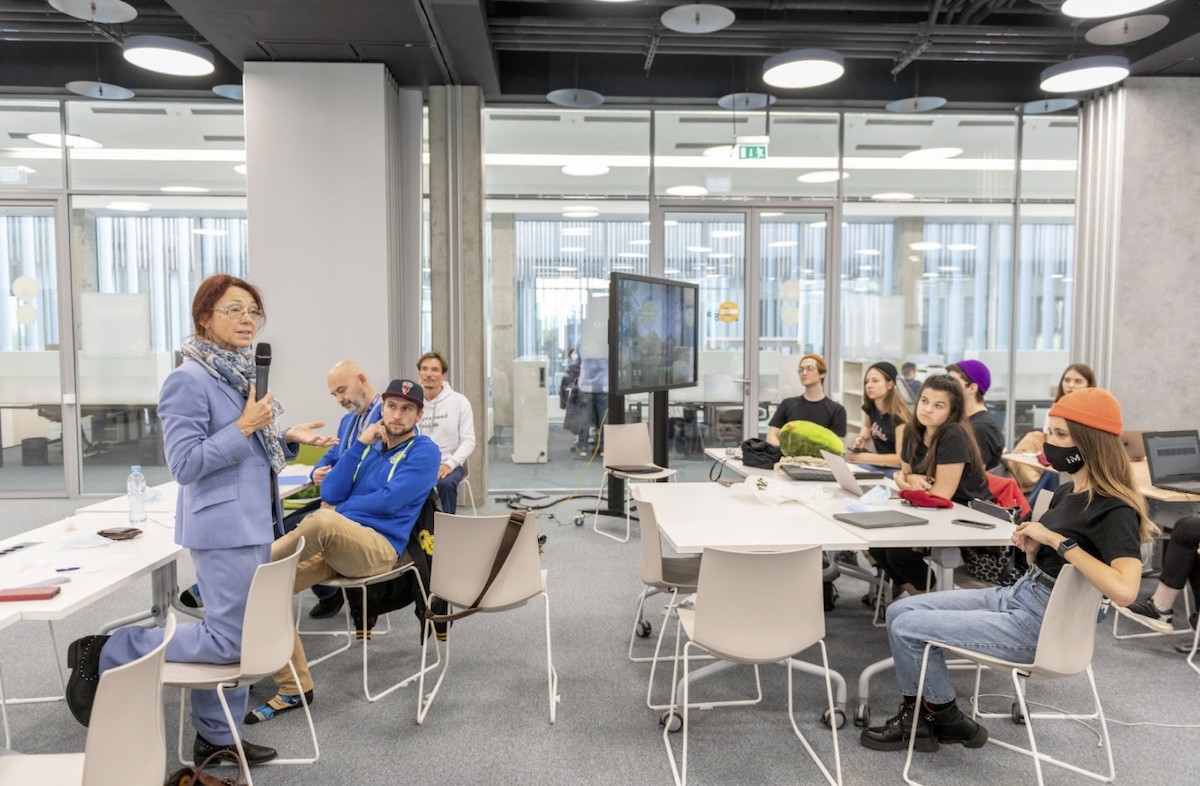 Q: How did you support the students in this transition to the business-oriented mode?

A: I was not really teaching them, but rather playing the facilitator’s role, helping them to express themselves and communicate in the right business terms. First-year [grad] students coming from an academic background may find it challenging to understand what their teammates are doing and how they can complement each other. But I believe, the success of a team is not so much in the idea or the market for it, but more about the team spirit, synergy, opportunities for team players to express, understand, support, and complement each other — thus creating this “energy for success.”

For months, they are probably not going to have full deliverables, but my long-term goal was to help them appreciate that if they would take on the responsibility to be loyal to the team and the idea, they were going to achieve three goals. One of those is becoming an expert in whatever they want to be an expert in: programming, marketing, collecting feedback, etc. The second part is the unique opportunity for the team to develop together. And the third one is if the results of this workshop are going to materialize as a real product. My final question was always: Would you like to see this idea materialized even if it takes more than four weeks. And I liked it when people said yes, because this is where I could see them going back to collaborate even after the workshop.

Q: Are the students here any different than elsewhere in your experience?

A: Yes, I found this to be a very different crowd of students. From what I know about education in North America, it is much more recipe-driven. Students there are less grounded in theory. Here, I can see in the way students approach a problem that they come from an educational system that made them disciplined in acquiring deep fundamental knowledge.

When I had interns in North American corporations, it was different. Rather than textbooks and theories, they are more related to their professors. As a statistician, I might ask them about, say, some details they were using in cluster analysis. But they would always use the examples of tasks they were involved in based on which professor taught them. Someone’s given them a recipe, not a theory.

Here, when I talk to people doing physics or math, I know we have a common language, because I came from the same educational system, and it’s still valid. And I believe this is important, because when you switch to recipes, you’re telling them how to do something but you don’t tell them why and don’t expect a proof. 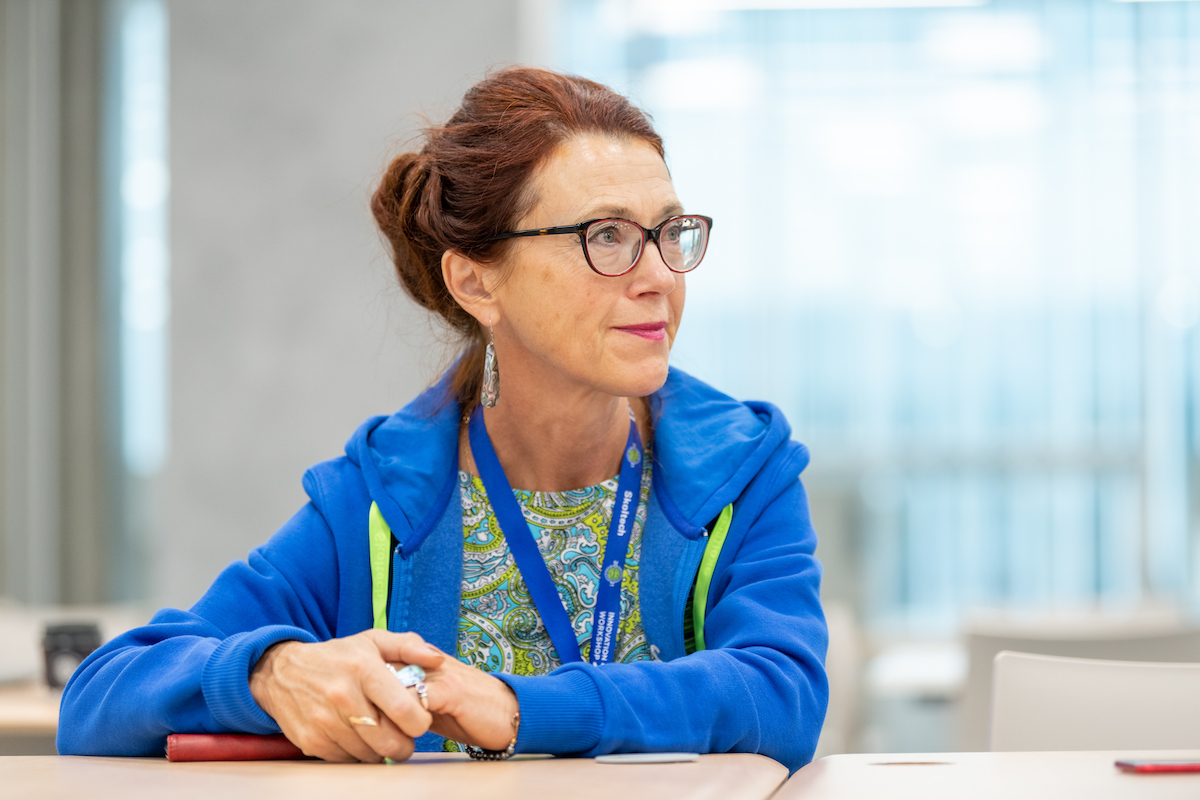 Q: Where does the Innovation Workshop stand on the theory vs. recipe continuum?

A: There are three ways of educating people. One is the recipe, when you are telling people how to do, solve, create. How. The know-how. The second way, mostly exercised in the former Soviet Union, is theoretical education, when you are providing them with theory: theorems, axioms, proofs. In North America, they don’t teach proofs. And the third one, which is the most time-consuming, but which in my opinion is the most important now, is problem-solving. You give them a problem. But before you give them a problem, you give them a theory they may use to solve it. And they have to produce a hypothesis, find a way to test it and reject it or accept it. And I almost see this workshop as the ideal place to create this problem-solving environment.

But what we need to do over these weeks is encourage students that yes, they do have enough resources, they do have enough intelligence and skills. Because they think that they came here to learn about this, but in my mind, that is not true. In my mind, they came here to exercise it. Because if they think about it, they surely will come up with some project they have done at home, with friends, as a hobby, when they materialized an idea as a product. Could be the idea that I wanted to have a party and invite friends and have a good time, make memories, give presents, take pictures, etc. And to do this, I need this and that. You are transitioning from an idea in your mind to a product that other people will enjoy. Sure, it may not make money — but this is a whole different story, because they first need to put passion into themselves that they are able to do it, make themselves believe they are AAA people — active, aware, and awake. They are aware of their skills, they are actively exercising them, and they are able to achieve their goal, but they need to commit. Right now, I see students less willing to commit, because they are hesitant. They think, “There are two years ahead of us. We may learn something we don’t know. And we may do better if we do this at the end of our course.” I don’t think so. I think they just start with a problem they choose, and they need to continue with it, and believe in themselves.

Q: Could you talk about some project in particular?

A: In my first week, I was mentoring a team that was doing an aquarium for Daphnia. This is how you can introduce a new opportunity for the biology teacher to schools. One girl, who was herself a teacher before, was very concerned that teachers would not be willing to open themselves up to this new experiment.

But then we talked about introducing kids to the design of experiments. This is something important and useful, but which is never taught at school. You can have one aquarium where you add salt or whatever and see how the Daphnia population responds. I told them: “You just introduce the general idea of an experiment — what factors can be used and on what levels.” So in their plan for the educational kit, they talked about the design of experiments, which is a great skill to have in any science.

I told the team: “Come on, you have to teach them that experimenters in real science first of all have to become creative by generating a hypothesis. You know, we put in five Daphnia, and we expect to have 10 by the end of the week or something. And here is what we are going to vary. This is what we are going to add to the aquarium.” You shift the focus of the experiment from following a protocol to thinking in terms of a theory, helping kids to recognize their own brain activity for what it is, or should be: a creative, intuitive, and uniquely human process. 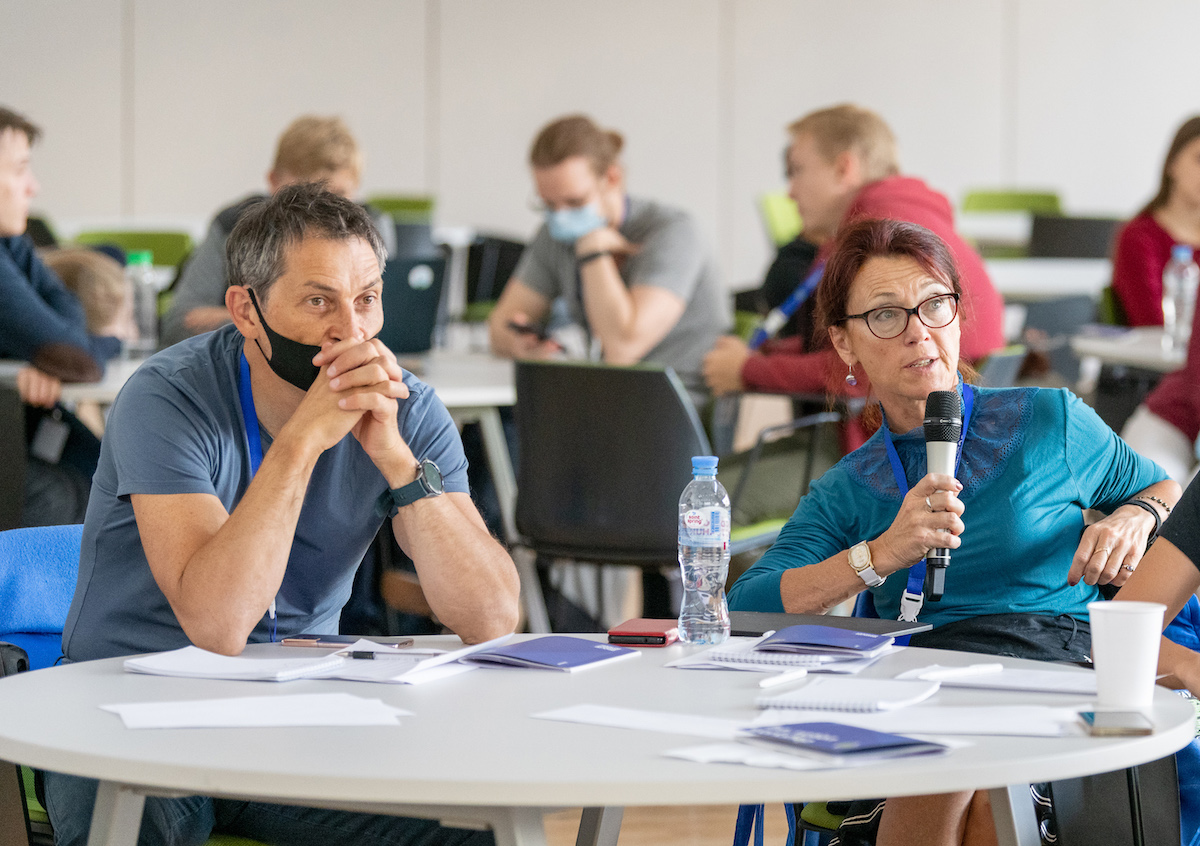 A: Absolutely. I always say, “Think outside the protocol.” Protocols, algorithms, steps are things computers are good at. And what we do to kids when we introduce, for example, digital tools early in life, is we’re teaching them to follow the algorithm. My suggestion is: You have to start from creativity. You have to ask kids to generate many hypotheses. This is the most important part. When we are not exercising hypothesis generation, we don’t really know what to expect. And you start doing multiple choice, filling out the shape or missing letters. You become a Homo digitalis, and I see more and more people like this because they were taught to follow the steps, the rules, the protocols.

Science is about being open-minded and creative enough to use data only as a way to validate our hypotheses. But right now, people are turning this around and starting to become a part of computers. True science is about not being a slave to empirical data.

This is an example of me helping students see the larger scheme of things. They are not there to create apps and experiments but to open up their minds and create new communities of their users. But start from the human part. Start from how we are different from robots, protocols, and applications. Because it’s a tendency, when people get into a digital environment, that they only see themselves as the organic part of the environment. And I’m sure we are not. We need to be mindful about this. We need to step outside these protocols and be more creative, scientific, and spontaneous.