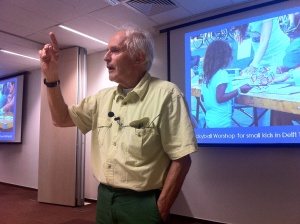 “That moment when children realize they’ve created something, that moment…”, Nobel laureate Harry Kroto paused mid-sentence, “there really is nothing like it”. There was a brief silence, then the audience realized this was the final statement from Skoltech’s guest lecturer. Then came the applause, the smiles and a procession of audience members. They waited for their turn to chat with the chemist who received a Nobel for the discovery of Buckminsterfullerene, a carbon-made sphere which resembles a soccer ball. Kroto fondly refers to it as Buckyball.

But it’s a different kind of simple natural beauty that energizes and enchants the 74 year old man: young people’s ability to be curious and creative. He now devotes his life to what he calls “the triple educational revolution of the Goo-You-Wiki World”, the title of his guest seminar at Skoltech. Kroto sees a world where Google, YouTube and Wikipedia open up a new range of possibilities for teachers and students.

To illustrate his point about the effectiveness of online education tools such as GEOSET, the Florida State University professor recruited a dream line up. Copernicus, Galileo, Picasso, Darwin and Snoopy were all feted in front of a full house at the Skoltech auditorium.

There were also objects. One of them was a camera rescued from Berlin just before the Second World War. “It used to be hard work to take a picture, you had to understand the mechanism and the chemistry”, said Kroto, “nowadays kids don’t know what’s going in and on a smart phone camera – but they also don’t care. We need to bring back the curiosity.

“The ethical purpose of education involves teaching young people how they can decide for themselves what is true or false. Does preying work as well as your mobile phone?” He smiled, then became serious again. “Penicillin was a miracle but now antibiotics-resistant bacteria pose a grave threat. But how do we convey this intriguing complexity? 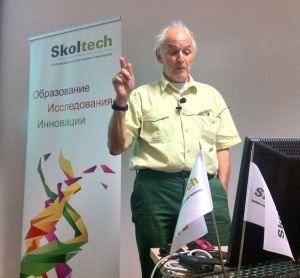 Here is the real question: how can you make a difference as an educator?”

Kroto began addressing these issues when he participated as a guest on TV and radio programs. Then came the Algebra workshops he conducts with six-year-old students. And now it is time, he believes, to embrace distant online learning and tutoring. “By using online tools my team and I have revolutionized resumes and assessments. GEOSET turns it all into an enjoyable experience. After universities and employees see our students’ presentations, they say things like ‘we can see that you can teach’ or ‘we enjoyed your presentation’. We’re providing young students with a technological platform that they can contribute to. We’ve created local branches in countries like Japan, USA, and Brazil, and hopefully Russia. We send links to funding agencies instead of long documents. Nobody reads your reports but they will click on a link to a two minute presentation.”

He took another pause. “This is what I call a revolution”

A member of the audience wanted to know how come Kroto uses humor so often, but fails to mention it directly in his presentation.

“I have three religions”, he replied, “Amnesty international, atheism – and humor. Does that answer your question?” 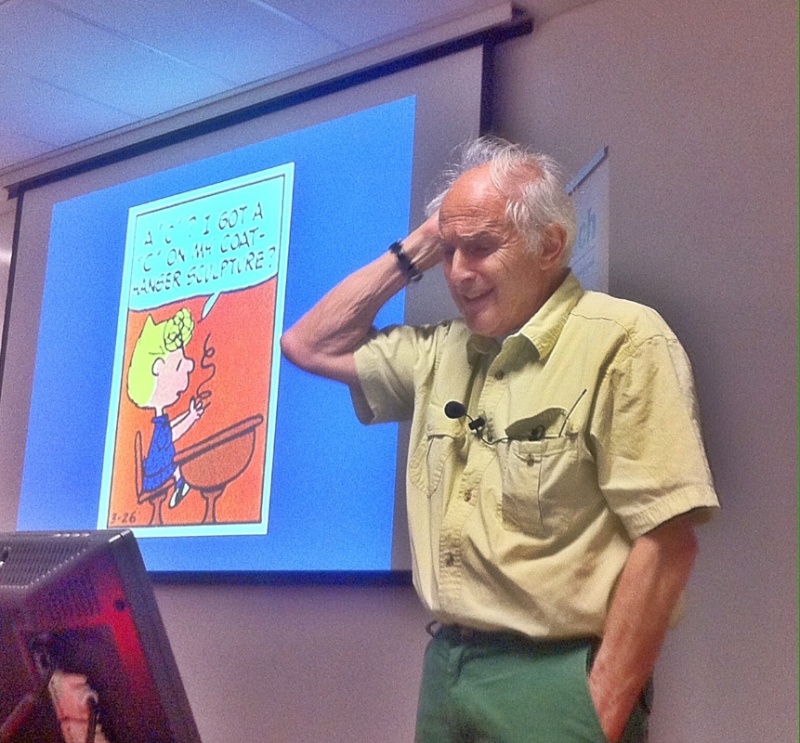 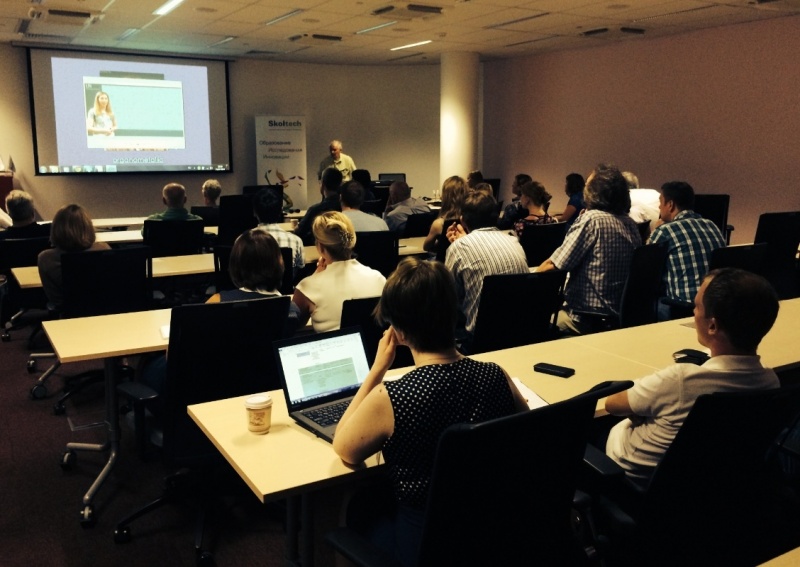 A full house at the Skoltech auditorium. The Harold Kroto guest seminar was organized by Mikhail Myagkov,
Skoltech’s Vice-President for Academic Affairs and International Relations