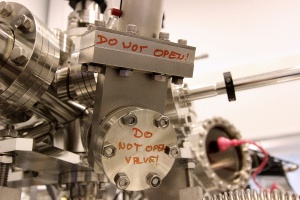 We are pleased to invite to a seminar titled “The Next Life of Silicon” with guest speaker Prof. Gabriel Aeppli (ETH Zürich and EPF Lausanne; head of the Synchrotron and Nanotechnology department of the Paul Scherrer Institute, Switzerland).

The 20th century has been distinguished by the silicon-based information revolution, where bits are encoded as charges which are manipulated and stored via field effect transistors. The continued exponential growth of information technology based on straightforward extrapolations of this paradigm is not guaranteed, and there has therefore been a search for both alternative paradigms and materials.

The new paradigms entail exploitation of spin and orbital degrees of freedom, including related quantum phenomena.  While “exotic” materials have been successfully used to demonstrate some of the associated physics, we show here that silicon may be an excellent host for the new effects. In particular, laser cooling and electromagnetic traps have led to a revolution in atomic physics, yielding dramatic discoveries ranging from Bose-Einstein condensation to quantum control of single atoms. Because it is a semiconductor of extraordinary cleanliness which can be acquired at low cost, silicon can also be thought of as a poor man’s atom trap.

We describe here the beginnings of the science of silicon as atom trap, where the trapped atoms are the donor impurities. Key tools, enabling the visualization and manipulation of the impurity quantum states, are free electron lasers and scanning tunneling microscopes. 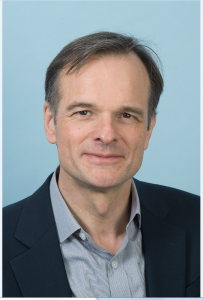 Gabriel Aeppli is professor of physics at ETH Zürich and EPF Lausanne, and head of the Synchrotron and Nanotechnology department of the Paul Scherrer Institute, Switzerland. After taking his B.Sc., M.Sc. and PhD in Electrical Engineering from MIT, he spent the majority of his career in industry (NEC, AT&T and IBM) where he worked on problems ranging from liquid crystals to magnetic data storage.

He was subsequently co-founder and director of the London Centre for Nanotechnology, Quain Professor at University College London, and cofounder of the Bio-Nano Consulting Company. He is a frequent advisor to numerous private and public entities worldwide (including China, Australia, Europe and the US) engaged in the funding, evaluation and management of technology.

A member of the American Academy of Arts and Sciences and Fellow of the Royal Society (London), he was a recipient of the Mott Prize of the Institute of Physics(London), the Oliver Buckley prize of the American Physical Society and the Neel Medal/International Magnetism Prize. His current technical focus is on the implications of photon science and nanotechnology for information processing and health care.