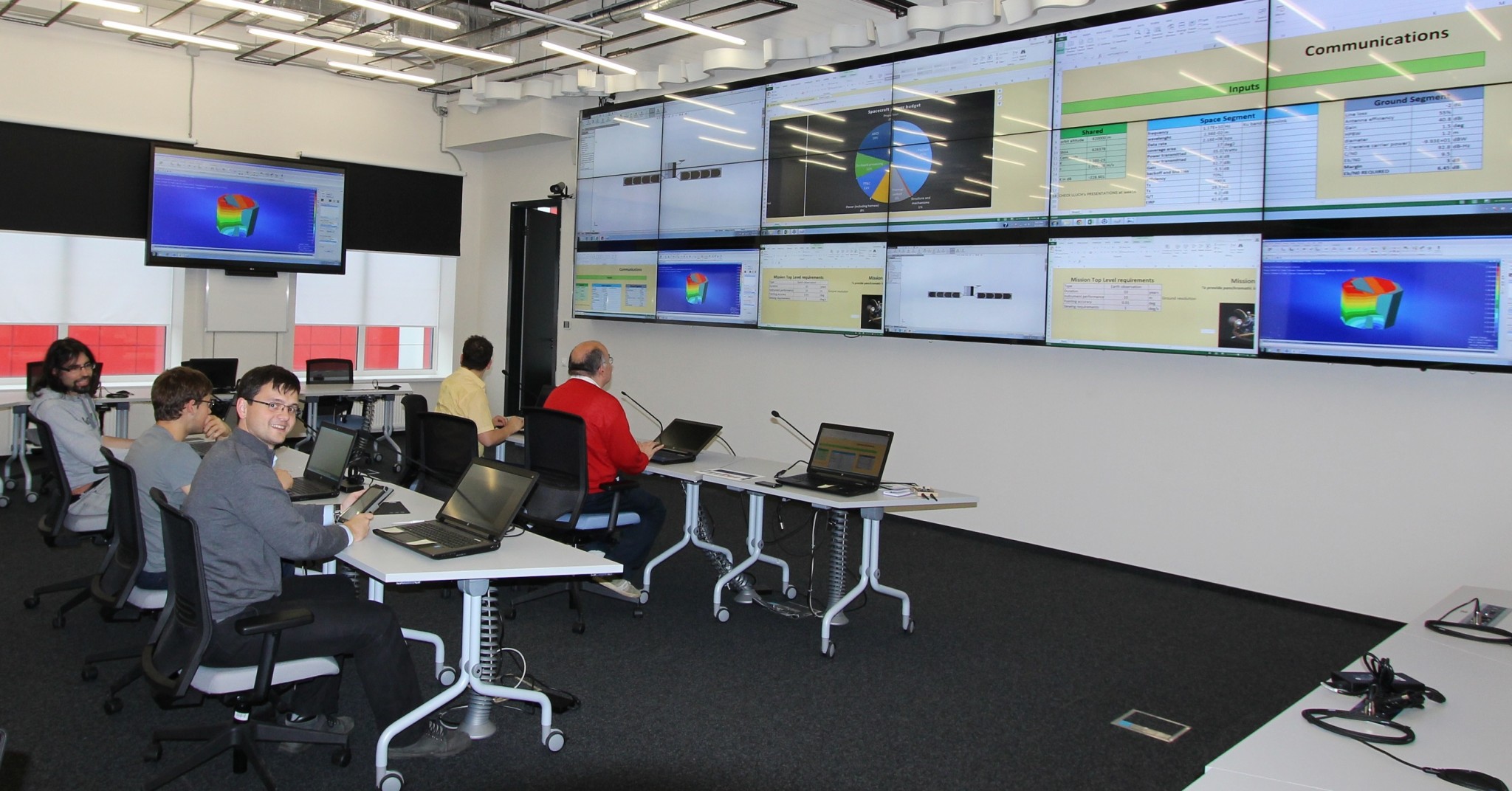 After setting up Russia’s first concurrent engineering (CE) laboratory, a research team led by Professor Alessandro Golkar realized they were up against a wall.

An essential component that they needed in order to begin functioning at full capacity was missing.

They scoured the international market for the missing piece – a software program that would enable engineering teams in the concurrent design laboratory to efficiently exchange data and conduct research. But they came up short; every program they found was either prohibitively expensive or failed to meet the lab’s nuanced needs.

So they did what any group of pioneering, seasoned engineers would do: they went rogue and created their own tool.

What started as a basic prototype designed with their lab’s unique circumstances in mind has evolved into CEDESK – a program that has the potential to remedy issues that CE labs worldwide grapple with on a regular basis.

After successfully test driving the program, Skoltech’s Strategic Innovation Research Group (SIRG) has released an open source version of CEDESK with the aims of sharing the benefits of the tool with other CE facilities and of fostering global collaboration in a rapidly evolving field.

What is concurrent engineering?

Put simply, CE is a methodology that makes it possible for several engineers from different disciplines to collaborate and jointly work on complex projects while accounting for the impact of each other’s decisions in real time. 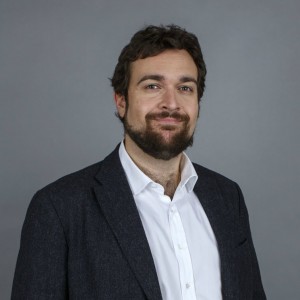 It is often referred to in the context of systems engineering (SE). In SE, “systems” refer to collections of separate elements that combined can produce results that alone would be unattainable.

A satellite system, for example, is a system composed of a broad variety of separate elements, from its payload to the component parts of its structure. Design decisions related to a particular discipline (for instance, thermal control of the satellite) can have impacts on other involved disciplines (for example payload design, or orbit selection).

Complex tradeoffs result from these interactions; concurrent engineering helps engineers understand and manage such complexity. As a result, projects are completed in shorter timeframes, while allowing for a more comprehensive screening of viable options.

In SE, researchers and engineers focus on the combined whole rather than individual elements. In so doing, they take an interdisciplinary approach to the design, engineering and management of complex systems.

CE makes it possible for engineers to develop an array of individual elements of a complex system while keeping tabs in real time on any developments involving other elements that may have an impact on their own work or on the system as a whole.

With a good CE tool, an engineer who’s working on the solar panels of a spacecraft can rest assured that he or she will be informed of and can respond efficiently to any meaningful changes in the overall design of the satellite.

But with CE being a relatively young field, and one that’s actively evolving, the market isn’t bursting with tools, and individual CE labs tend to face difficulties finding affordable ones that suit their particular needs.

In its brief history, Skoltech has developed a reputation for blazing trails in academia and industry alike. Its impact on the field of concurrent engineering is no exception.

Upon receiving his PhD in Aeronautics and Astronautics from the Massachusetts Institute of Technology (MIT) in 2012, Golkar accepted a professorship with Skoltech. In addition to teaching courses, he was tasked with creating a concurrent engineering lab – the first of its kind in Russia.

Skoltech’s Concurrent Engineering Design Laboratory (CEDL) opened its doors to students in 2014, and became fully operational in 2016. The lab’s success attracted the attention of multinational aerospace and defense giant Airbus, which subsequently invited Golkar to build a similar facility at its headquarters in Toulouse, France. He took a two-year sabbatical from Skoltech in order to take Airbus up on the offer.

CEDL is unique among CE facilities around the world in the sense that rather than focusing solely on engineering, CE and SE research are among its primary goals. Skoltech researchers and students use CEDL to experiment with novel CE methodologies and tools. Furthermore, the lab was built to support both individual and parallel studies in a variety of fields – from space to energy to biomedicine.

Ultimately, CEDL required a CE tool that would allow Skoltech users to conduct research and to coordinate studies across diverse disciplines. The tool also needed to be affordable and at least user-friendly enough to be accessible to your typical engineer. 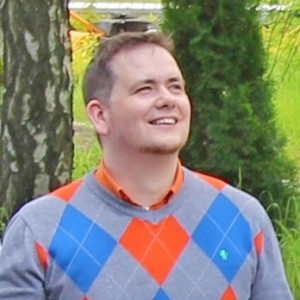 “We looked around at the available tools to support CEDL’s specific way of working,” said Dominik Knoll, a PhD candidate and junior researcher with Skoltech’s Space Center, and lead author of CEDESK.

“We found only a few, and those we found were either unaffordable or difficult to use. Moreover, we wanted to have a tool that we could adapt for our concurrent design experiments. Hence we decided to build our own tool, with an as-simple-as-possible user interface and a strong emphasis on fast and easy collaboration, while maintaining maximal interoperability with existing industry standards,” he explained.

Golkar, who has been Knoll’s PhD advisor since early 2015, added that CEDESK was developed with a strong emphasis on research: “When we decided to develop our own software, our focus was on creating a research tool that would allow us to conduct CE studies while also enabling us to collect data that’s useful for research on the concurrent design methodology and on understanding how engineers interact in complex multidisciplinary studies,” he said.

“This is what CEDESK is all about; it allows us to collect a lot of data about how people do design and how they collaborate together, so it can actually measure the degree of concurrency and other variables of interest to let us understand how the design process works,” Golkar added.

Initially, Knoll and Golkar developed a prototype of the tool to accommodate their basic needs. As their goals grew increasingly ambitious, they realized it was time to bring in some more experts.

First, they turned to Nikolay Groshkov, a software developer and research engineer with Skoltech’s Space Center. While Knoll and Golkar focused on research, Groshkov set about implementing all of their requests.

Next, when faced with confusion from industry actors about what distinguished CEDESK from other integrated design and product lifecycle management (PLM) approaches, they sought collaboration with Skoltech Professor Clément Fortin, whose illustrious career in aerospace research and innovation includes a wealth of experience with PLM. 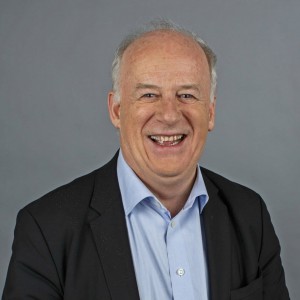 “My involvement really came in when Alessandro [Golkar] and Dominik [Knoll] were asked a number of times about PLM,” Fortin said. “PLM is a software tool that can be used to develop a product in a virtual, three-dimensional environment. When the team first started to share news of their software beyond CEDL, they faced several questions from industry actors outside of the space sector about what distinguished CEDESK from PLM. I was brought in to help them understand.”

To further develop the software and gain external perspectives on its strengths and weaknesses, Knoll and Golkar utilized it in several CEDL design studies, and Golkar incorporated it into two courses that he taught at Skoltech on Space Mission Design.

By late 2016, they felt confident enough with the current state of CEDESK to share it with their peers from around the world at the 7th International Systems & Concurrent Engineering for Space Applications Conference (SECESA) in Madrid. The accompanying paper, which explains CEDESK and prescribes an effective CE methodology, was named one of the Top 10 to be submitted for the conference and is slated for publication by the respected journal Concurrent Engineering Research and Applications.

How CEDESK could change the CE game

CEDESK offers an open source and user-friendly alternative to many of the CE tools currently on the market, and provides unrivaled research options.

In addition, as explained by Fortin, CEDESK enables users to coordinate their work at a project’s conception stage.

“Originally, CE tended to focus on the concurrency of engineering and manufacturing tasks, so it took place in the later stages of engineering,” he said.

For example, he explained, in the design and manufacture of a Ferrari, traditional CE would typically come into play once preparations were being made to manufacture the car’s body. This can be perilous. “You can design a Ferrari that’s fantastic on paper, but that could prove impossible or too expensive to manufacture. So the aim with CEDESK is to implement CE early on so as to avoid wasting time on costly mistakes,” Fortin explained.

“In sum, CEDESK aims to maximize the efficiency and agility of complex systems development at the conceptual stage,” he said.

In the interest of further developing CEDESK as an effective collaborative tool for CE facilities of all varieties, the team has decided to release an open source version of the software to the general public. In addition to sharing the client/server application and the full source code, the team has invited interested organizations to share their CEDESK code modifications on a Github repository. The team is also offering trainings, workshops and other resources related to the development of CE capabilities.

To get in touch with the CEDESK team, click . 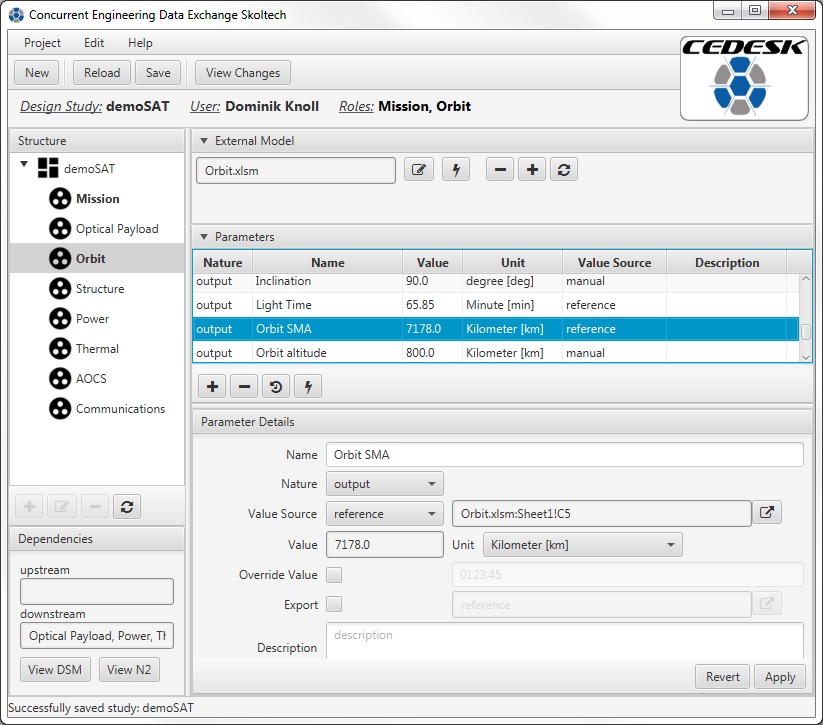 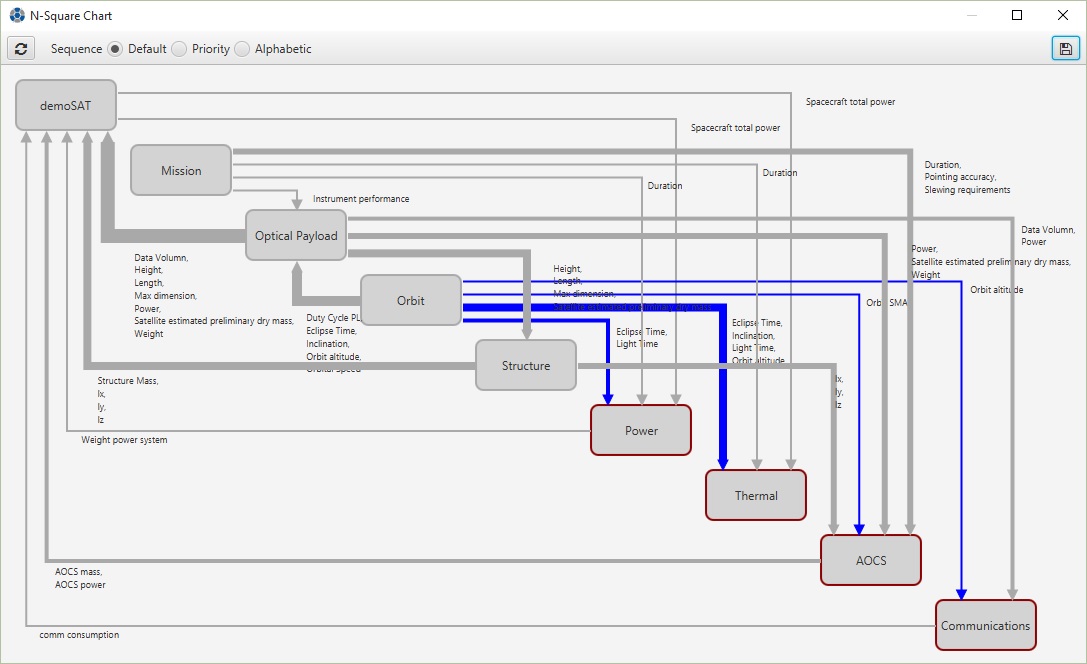