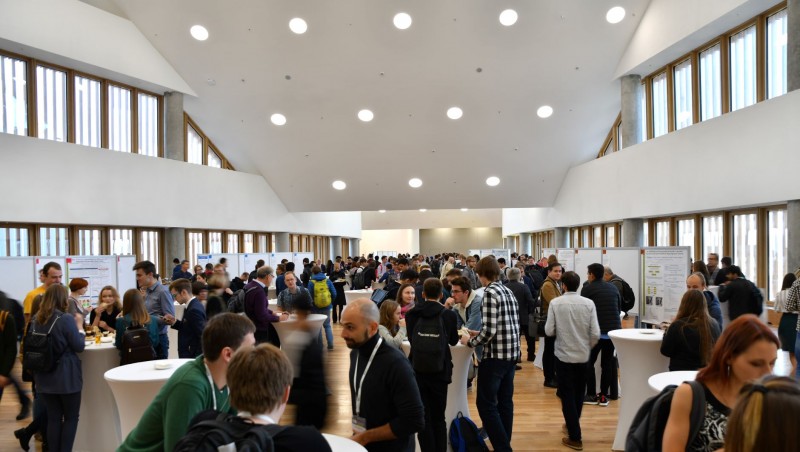 The joint Skoltech-MIT conference in October was the first major event held on the new campus.
Photo by Timur Sabirov / Skoltech

Keith Stevenson, the Associate Provost and Dean of Research at Skoltech, called the campus an “architectural masterpiece” that was conceived specifically to meet Skoltech’s needs – setting it apart from most of the other world’s universities.

“Design elements based on function and form specific to Skoltech were integrated in the campus layout from its conception, which is something we typically don’t see in the university world,” he explained. “Institutes usually start with one or two buildings and take an add-on approach during their development. At Skoltech, the campus has a cohesive, unified environment – underscoring our position as an academic and research institute that is well-funded and strategically-oriented.”

At Skoltech, we now have a truly transformative environment that is very interactive and dedicated to moving our activities at even a faster pace. It represents the way forward for modern education, science, engineering and translational technological research.

Situated in the heart of Moscow’s Skolkovo Innovation Center – the new Skoltech campus is a large, multi-story circular building built with concrete, Siberian larch and aluminum. Its flowing design reduces the number of straight lines, and the outermost ring – nearly a kilometer in length with soaring cathedral-type ceilings – features discussion areas, individual and grouped workspaces, transformable lecture halls, enclosed meeting rooms as well as “work pods” with computers that are linked to the campus IT infrastructure.

Central to the campus are its multi-story laboratories that accommodate lab space, work and teaching areas, as well as the associated offices. The campus also incorporates the university’s administrative offices and has commercial space for stores and cafés. Inner rings facilitate the cross-circulation of foot traffic within the building and to the laboratories, while a large center courtyard is landscaped with trees and grass. 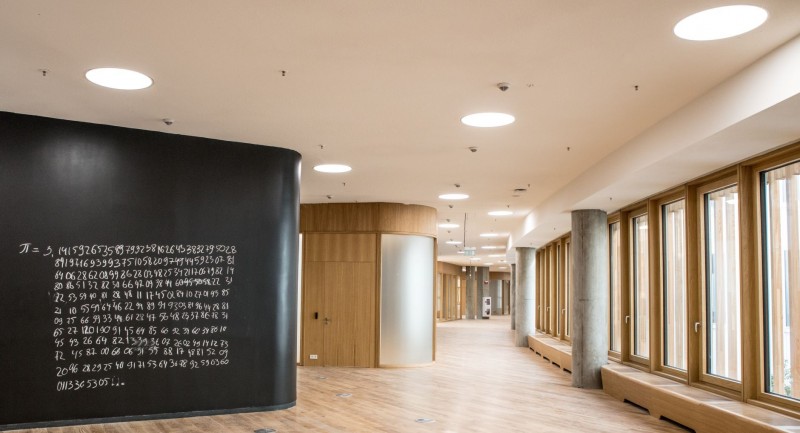 Stevenson, who joined Skoltech in 2014 during the institute’s formative days, said the new campus will enhance its ability to recruit top researchers and faculty from around the world. “I was an early believer in Skoltech’s success – other people were not so easily convinced. It is important for them to see where we are today and how we’ve set our sights on the future,” he explained.

Skoltech was created during 2011 in collaboration with the Massachusetts Institute of Technology (MIT). Today, Skoltech has some 1,000 master’s and PhD students who follow studies in areas ranging from petroleum engineering, energy systems, photonics, quantum materials and data science to materials science and engineering, life science, mathematical and theoretical physics, as well as space and engineering systems.

According to Lawrence Stein – Skoltech’s Vice President for International Business Affairs and the Interim Director of its Center for Entrepreneurship and Innovation – the new campus move-in comes at an opportune moment as the institute expands its student body, grows the faculty ranks, develops international research cooperation, and builds new relationships with industrial and business partners.

“Our campus already is demonstrating its role as a unifying space, encouraging cooperation across our research centers, departments, educational tracks and with our partners,” Stein explained. “This already was demonstrated by the first event held at the facility: the joint Skoltech-MIT conference in October, which focused on emerging domains where Skoltech is developing breakthrough research and innovation.”

Skoltech’s campus design was led by the Swiss firm Herzog & de Meuron, which also handled the design of such projects as the Tate Modern museum in London and Beijing’s “Bird’s Nest” National Stadium. Also involved in the campus design process was Payette, a U.S. collective of designers tasked with the technology approach for Skoltech’s laboratories.

For more information on the new campus, follow the links to our previous stories: